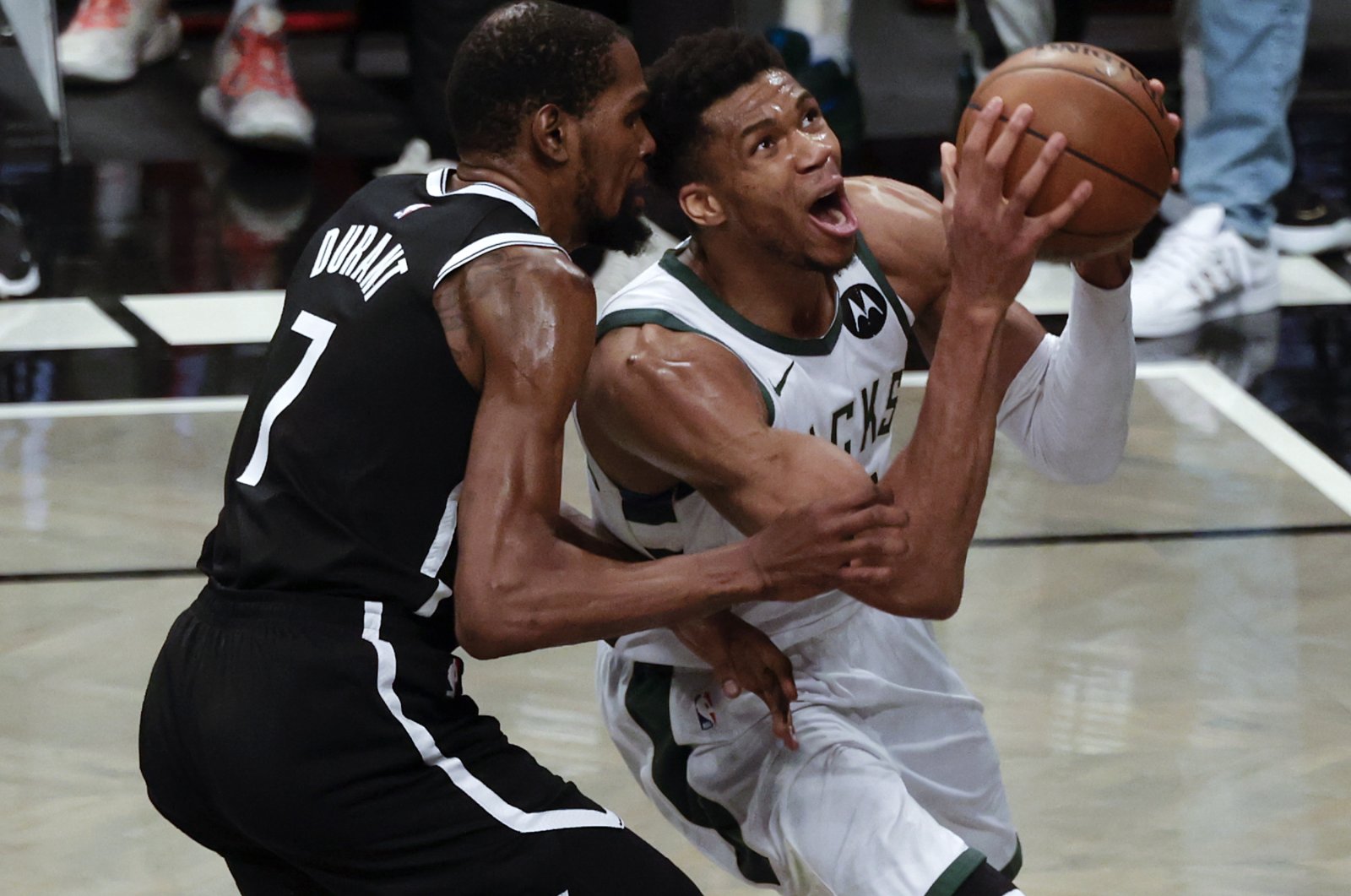 An inspired Giannis Antetokounmpo tallied 40 points and 13 rebounds to help the Milwaukee Bucks advance to the Eastern Conference finals, with a thrilling 115-111 game-seven, overtime win over the Brooklyn Nets Saturday.

The best-of-seven series has featured almost everything, including epic scoring performances, aggressive fouls, rim-rattling dunks, series-ending injuries and of course Saturday's winner-take-all game seven which turned into a see-saw affair with dozens of lead changes throughout.

The only thing missing was an overtime when Kevin Durant set the stage for game seven with a turnaround jump shot at the buzzer in regulation to level the score at 109 all in front of a crowd of 16,200 at Barclays Center arena in New York.

Two-time league MVP Antetokounmpo shot 15-of-24 and had five assists in 50 minutes of playing time in the head-to-head match-up with Durant.

"I want to be great," Antetokounmpo said. "We had to give everything. We know we were going to be tired at the end of the game."

Durant finished with 48 points, nine rebounds and six assists but missed two jumpers in the final minute of overtime that could have tied the score and possibly forced a second extra session.

"We got looks, we just didn't knock them down," said Durant.

The Bucks will advance to the Eastern Conference finals where they will play either the Atlanta Hawks or the Philadelphia 76ers, who face off in another game seven Sunday.

"We were down 2-0 and then we took care of business and came back, and then a game seven and we were able to come here and play hard and get the win," said Antetokounmpo.

Khris Middleton tallied 23 points and 10 rebounds for the Bucks, who became the first road team to win a game in the series.

Brook Lopez chipped in 19 and Jrue Holiday contributed 13 points to the win.

Antetokounmpo hit the game-tying basket and Khris Middleton delivered the game-winner in overtime as the Bucks advanced to the NBA semi-finals for the second time in three seasons.

Milwaukee took the lead for good, 113-111, when Middleton converted on a 13-foot turnaround jumper with 40 seconds to go.

Durant shot 17 of 36, draining four 3-pointers, while James Harden chipped in 22 points but shot a dismal five-of-17 in another frustrating playoff performance from the former league MVP. Harden was playing with a sore hamstring.

"Give them credit. They are a great team. They have a great chance to win the championship," said Durant of the Bucks.

Durant forced overtime after the Nets failed to hold onto a five-point lead in the final minutes of the fourth.

After video review officials ruled his foot was on the line making it a 2-point basket instead of a 3.