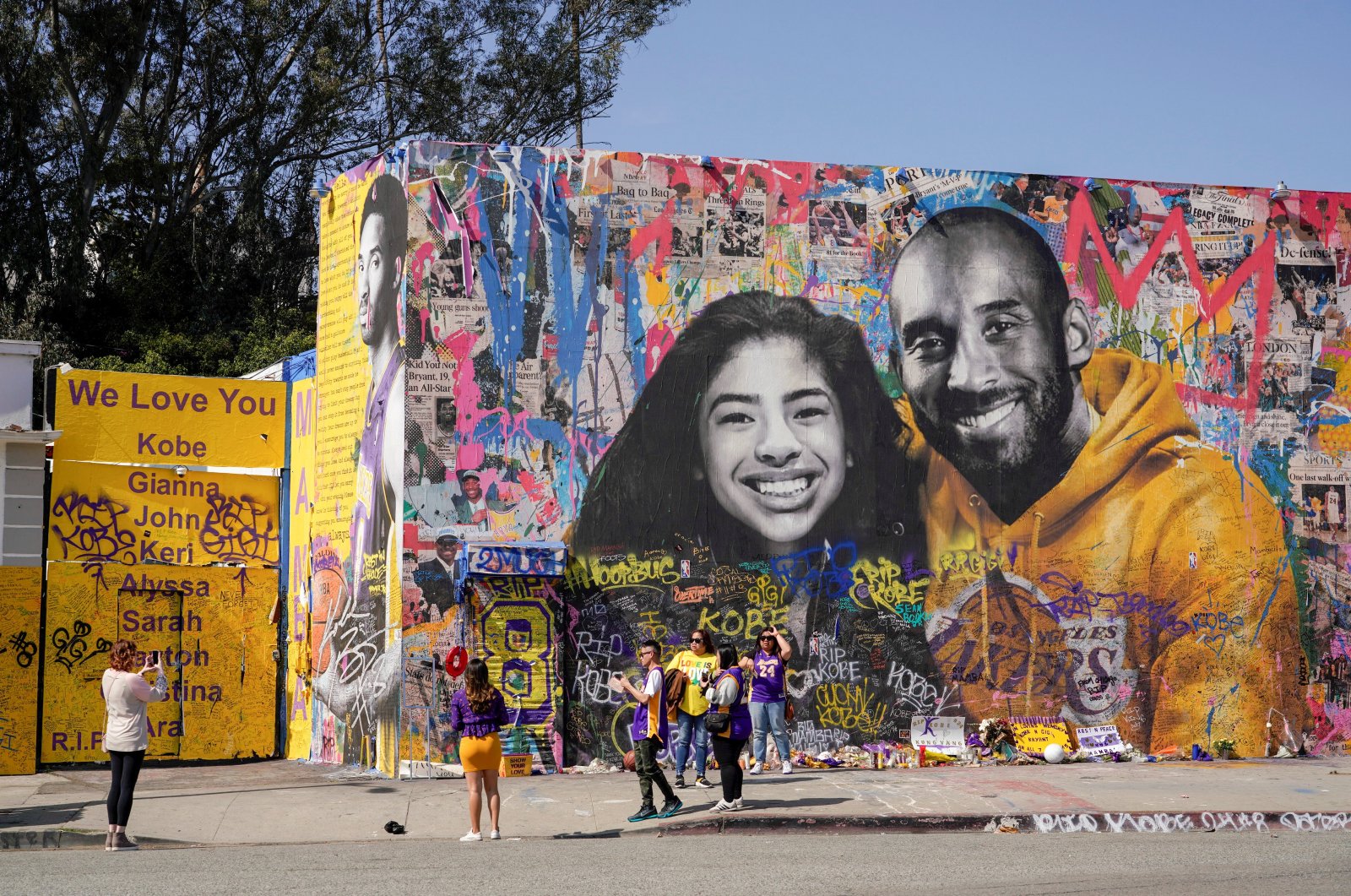 Fans gather around a mural of late NBA great Kobe Bryant and his daughter Gianna Bryant during a public memorial for them and seven others killed in a helicopter crash, at the Staples Center in Los Angeles, California, U.S., February 24, 2020. (Reuters / Kyle Grillot)
by Anadolu Agency Aug 23, 2021 10:12 pm
RECOMMENDED

The basketball world Monday remembered Los Angeles Lakers legend Kobe Bryant on what would have been his birthday, who was tragically killed in a helicopter crash last year on Jan. 26.

The NBA posted a video on Twitter marking some of Bryant's career milestones under the heading: "#20HoopClass enshrinee, Kobe Bryant."

FIBA, world basketball's governing body, also paid tribute, tweeting: "We remember a true legend and one of the greatest competitors the game's ever seen, as Kobe would've turned 43 today."

Bryant was born in Philadelphia, Pennsylvania on Aug. 23, 1978, but was partly raised in Italy.

Considered one of the top shooting guards in NBA history, Kobe, who gave himself the nickname "Black Mamba," won the Most Valuable Player (MVP) award in 2008 along with two Finals MVP awards in 2009 and 2010.

He was loyal to the Lakers, spending his entire career with the team.

Bryant was flying to a youth basketball game with his 13-year-old daughter Gianna Bryant when the helicopter he was traveling in crashed. A total of nine people died in the crash, including his daughter.