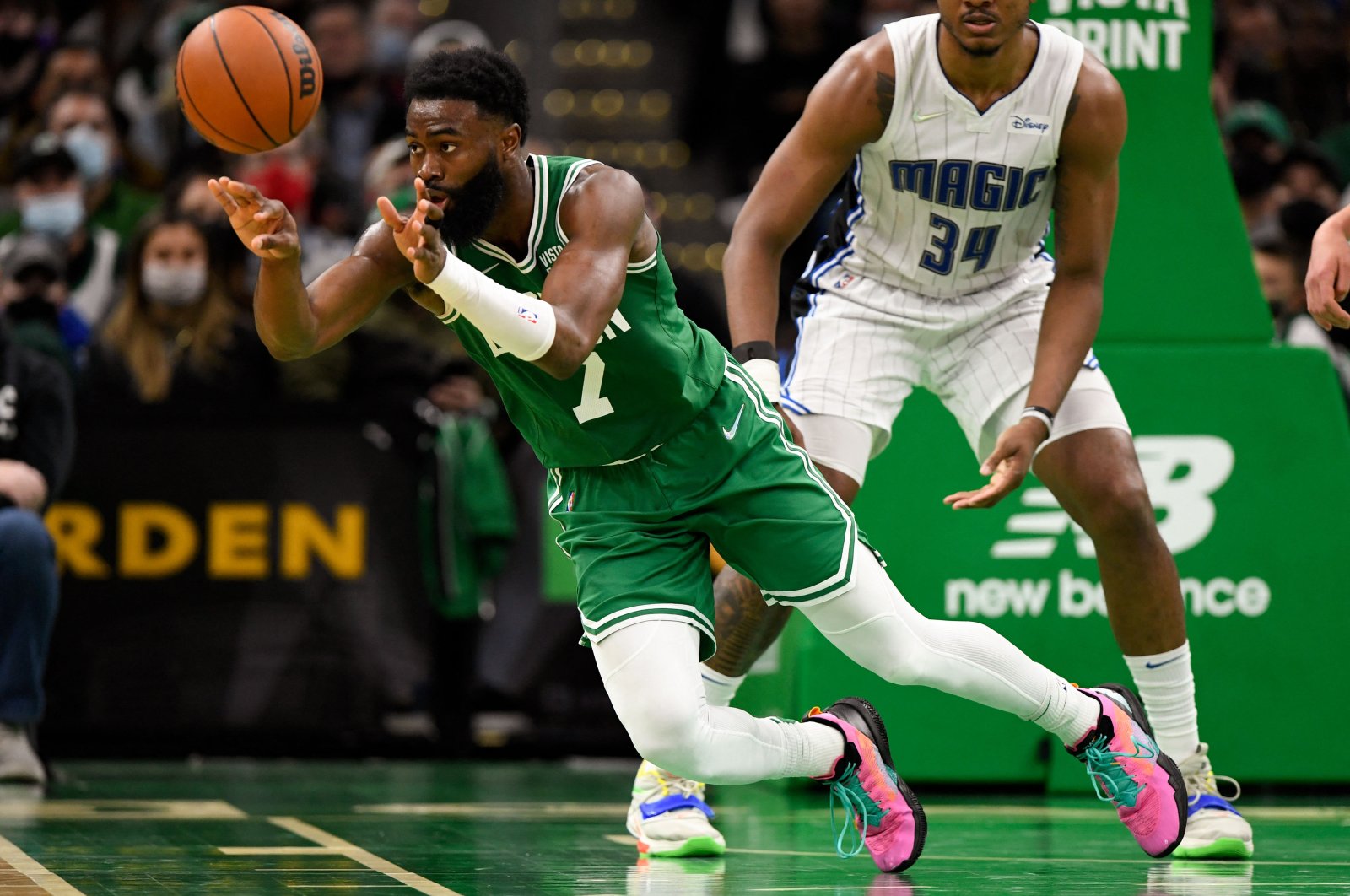 Boston Celtics were inspired by Jaylen Brown's career-high 50 points as they secured a 116-111 NBA overtime victory over the Orlando Magic on Sunday.

Brown scored 21 points in the fourth quarter, helping the Celtics rally from 14 down with 4:20 left in regulation.

He opened overtime with his fifth 3-pointer of the contest, adding 11 rebounds, four assists and a blocked shot.

"I was just trying to be aggressive the entire time," said Brown, whose previous career-high was 46 against the New York Knicks on Oct. 20. "My teammates encouraged me to take the shots. I feel like I took some good looks and they went down tonight."

Brown's layup with 38 seconds left in regulation knotted the score at 98-98.

He scored again to put Boston up 100-98 with 30 seconds left, but Tim Frazier scored for Orlando to force overtime.

Boston had led 45-42 at halftime after leading by as many as 14 before the break.

But the Magic surged in the second half, outscoring Boston 35-20 in the third quarter to take a 77-65 lead into the final frame.

Both teams were missing their leading scorers. Orlando's Cole Anthony was sidelined by a sprained right ankle and Boston's Jayson Tatum missed a fourth straight game because of COVID-19 concerns.

The Phoenix Suns, trying to keep pace with the Golden State Warriors atop the Western Conference despite having four players and coach Monty Williams in COVID-19 protocols, thrashed the Hornets in Charlotte 133-99.

Devin Booker scored 24 points and Jalen Smith tied his career-high with 19 points and 12 rebounds as the Suns improved to 28-8 – half a game behind the Warriors for the best record in the league.

Phoenix, who had lost three of their previous four games, drained 17 3-pointers and outrebounded the Hornets 52-35.

Doncic back for Dallas

Dallas star Luka Doncic, returning from a 10-game absence, came up just shy of a triple-double with 14 points, 10 assists and nine rebounds in the Mavericks' 95-86 victory over the Thunder in Oklahoma City.

"My chest was burning," said Doncic, who played 31 minutes in his return. "It was a weird feeling, but happy. Very happy."

Oklahoma City rookie Josh Giddey, back after three games in COVID-19 protocols, became the youngest NBA player to post a triple-double with 17 points, 14 assists and 13 rebounds.

Giddey, at 19 years, two months and 23 days old surpassed LaMelo Ball as the youngest player with a triple-double and came up with four steals as well.

"It feels good just to be back in the win column," said Love, who noted the Cav's had felt an "emotional hangover" in losing guard Ricky Rubio to a season-ending knee injury last week.

Jarrett Allen added 18 points and Lamar Stevens chipped in 15 for the Cavs, who trailed 84-73.