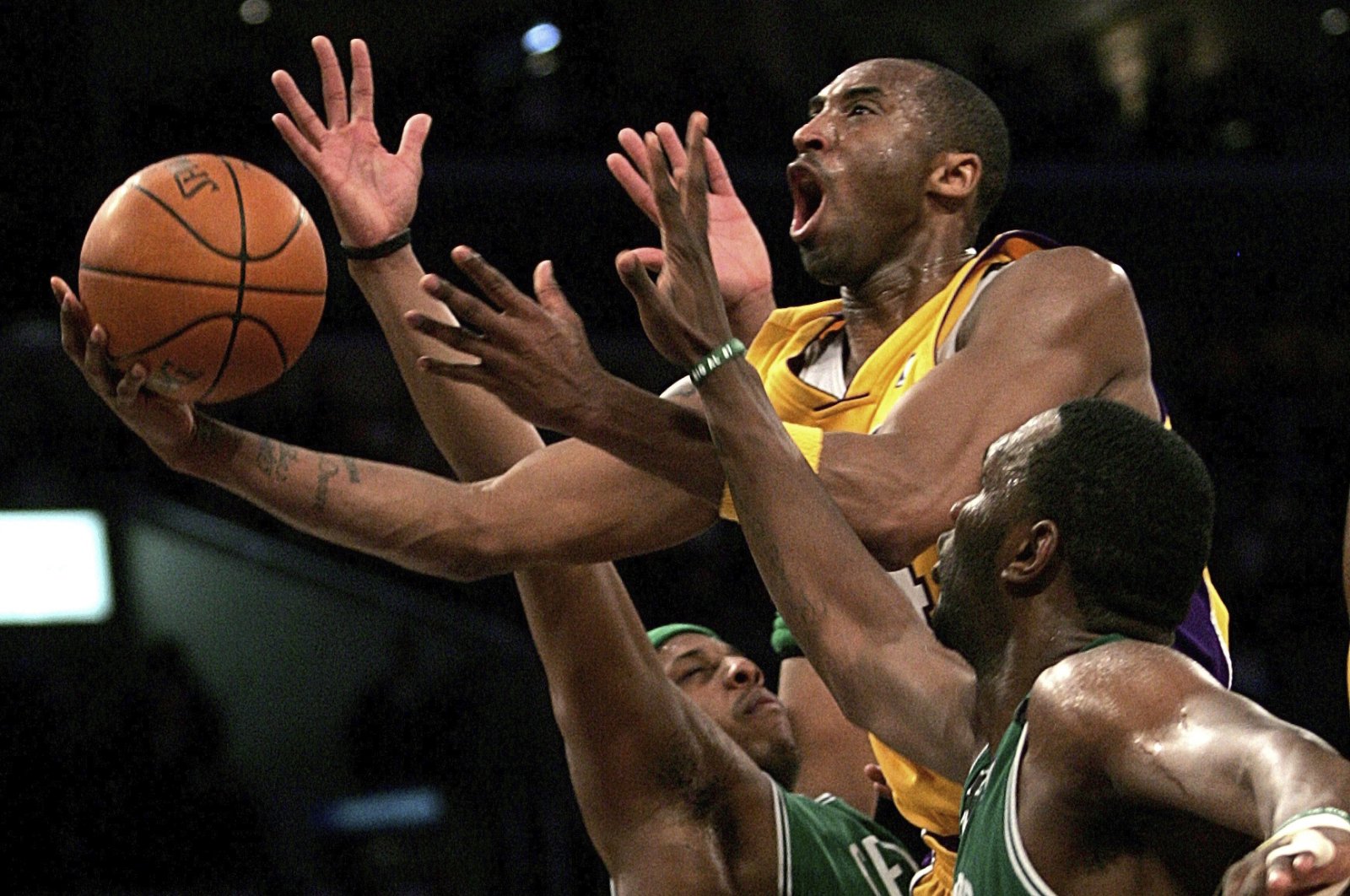 In this Feb. 23, 2007, file photo, Los Angeles Lakers' Kobe Bryant goes up for a shot between Boston Celtics' Paul Pierce and Al Jefferson during the first half of an NBA basketball game in Los Angeles.
by Compiled from Wire Services Apr 05, 2020 1:24 pm

The trio, who combined for 11 NBA championships, is among nine people scheduled to be enshrined into the Hall of Fame in Springfield, Mass., on Aug. 29.

"The Class of 2020 is undoubtedly one of the most historic of all time and the talent and social influence of these nine honorees is beyond measure," said John Doleva, chief executive of the Hall of Fame.

"In 2020, the basketball community has suffered the unimaginable loss of iconic figures Commissioner David Stern and Kobe Bryant, as well as the game itself due to COVID-19.”

"We have also banded together like never before in appreciation of the game and those who have made it the uniting force it is today,” Doleva said.

"Today we thank the Class of 2020 for all they have done for the game of basketball and we look forward to celebrating them at enshrinement in August."