Bucks down Heat for next round with Giannis triple-double 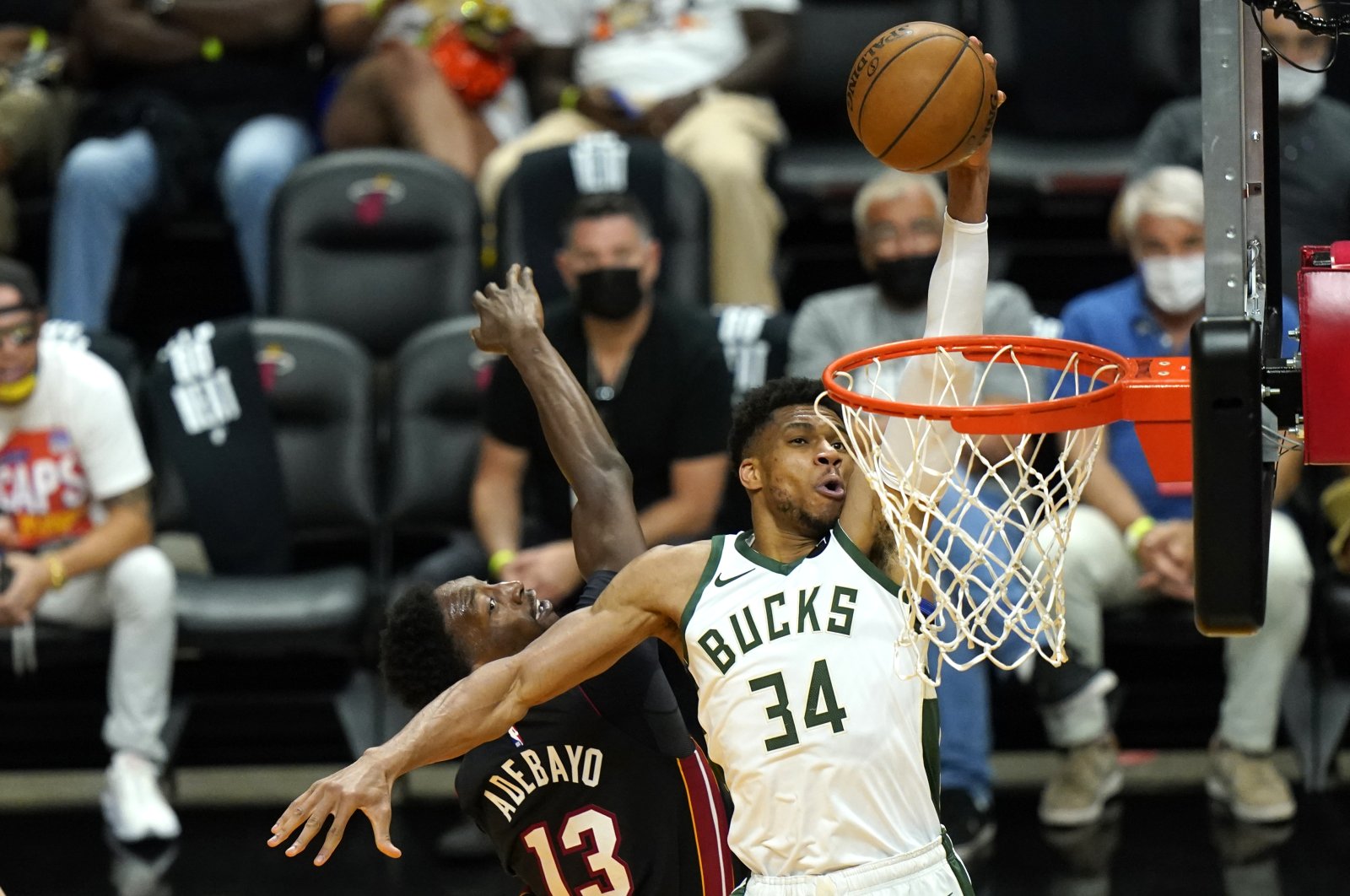 Milwaukee Bucks completed a four-game sweep of their Eastern Conference first-round series with a 120-103 win over the host Miami Heat on Saturday.

Giannis Antetokounmpo made all the difference for the Bucks once again, posting just the third triple-double in club's playoff history.

Antetokounmpo finished with 20 points, 15 assists and 12 rebounds. The two previous Bucks with playoff triple-doubles were Kareem Abdul-Jabbar in 1970 (he was known as Lew Alcindor at the time) and Paul Pressey in 1986.

Milwaukee advances to the second round of the playoffs after eliminating Miami for the first time in three playoff matchups.

Miami, which reached the NBA Finals last year, was swept for the first time since 2007 against the Chicago Bulls.

Miami's Jimmy Butler also had a triple-double with 12 points, 10 rebounds and 10 assists. Bam Adebayo had 20 points and 14 rebounds, and Kendrick Nunn added 18 points.

Joel Embiid scored 36 points before sitting out the fourth quarter as visiting Philadelphia 76ers cruised to a 132-103 victory over Washington Wizards in Game 3 of their Eastern Conference first-round series.

Embiid's point total served as a playoff career-high. He made 14 of 18 shots from the floor. Tobias Harris collected 20 points and 13 rebounds for the 76ers, who shot 58.6% from the floor and 51.5% from 3-point range to seize a 3-0 lead in their best-of-seven series. Top-seeded Philadelphia can close out eighth-seeded Washington in Game 4 on Monday night.

Donovan Mitchell completed a 3-point play with 4:04 remaining and top-seeded Utah Jazz survived a late challenge from host Memphis Grizzlies for a 121-111 win in Game 3 of their Western Conference first-round playoff series.

Mitchell saved 10 of his game-high 29 points for the final four minutes, during which the Jazz outscored the Grizzlies 14-2 to go up 2-1 in the best-of-seven series. Mike Conley scored 27 to go with a team-high eight assists for Utah.

Jusuf Nurkic had 17 points, Damian Lillard collected 10 points and 10 assists and Carmelo Anthony scored 12 points on his 37th birthday to help the Trail Blazers even the series at two wins apiece.

Game 5 is Tuesday night in Denver.