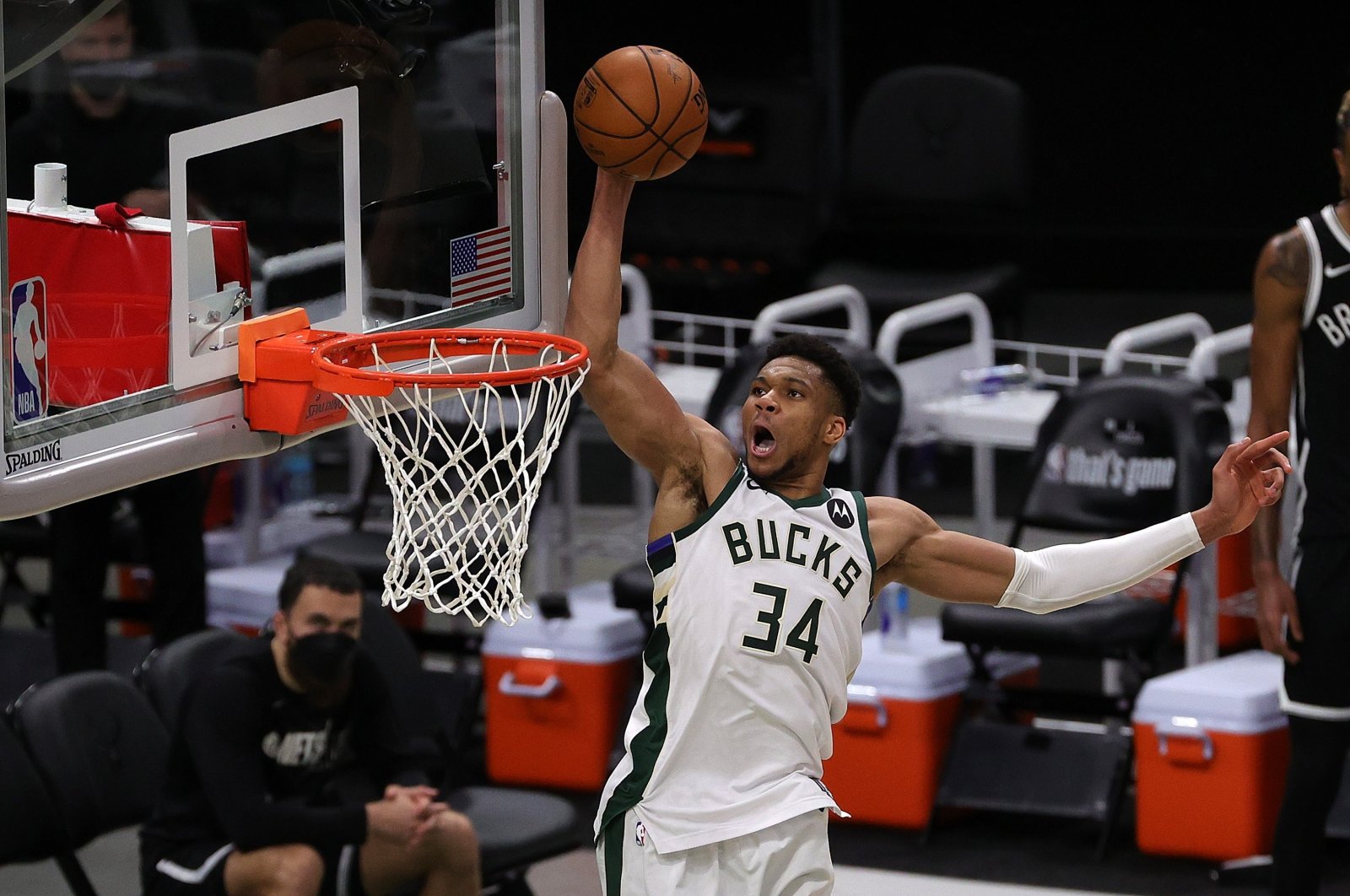 Giannis Antetokounmpo inspired Milwaukee Bucks with 34 points as they rolled to a 107-96 Game 4 victory to tie the second-round playoff series with the Brooklyn Nets Sunday.

The Bucks erased a 2-0 deficit by winning two straight in Milwaukee. Game 5 is Tuesday night in Brooklyn.

Brooklyn’s immediate concern is the health of its superstar trio. Irving was hurt midway through the second quarter and didn’t return. The Nets already are missing nine-time All-Star and 2018 MVP James Harden, who hasn’t played since the opening minute of Game 1 due to right hamstring tightness.

That puts even more pressure on Kevin Durant, who has carried the Nets this series and provided 28 points and 13 rebounds Sunday. The only other player in double figures was Irving, who had 11 points before leaving.

After Irving made a basket in the paint to cut the Bucks’ lead to 44-40 midway through the second quarter, his left leg hit the right leg of Antetokounmpo on his way down and his ankle rolled. Irving landed awkwardly and clutched his right ankle as play briefly continued on the other end of the floor. Coach Steve Nash said after the game that X-rays taken on Irving’s ankle were negative.

NBA MVP Nikola Jokic was ejected with 3:52 left in the third quarter and his Nuggets trailing 83-76 after his hard right-hand windmill swipe sent the basketball flying but also caught Cameron Payne in the face.

Booker took umbrage at the hard foul and got in the big man’s face before teammates and coaches pulled everyone apart. Officials assessed a double technical on Jokic and Booker and ejected the MVP after upping the call to a Flagrant 2. Jokic finished with 22 points and 11 rebounds in 28 minutes.

With their franchise-record seventh straight playoff victory, the Suns advanced to the conference championship for the first time since 2010 - the last time they even reached the playoffs.