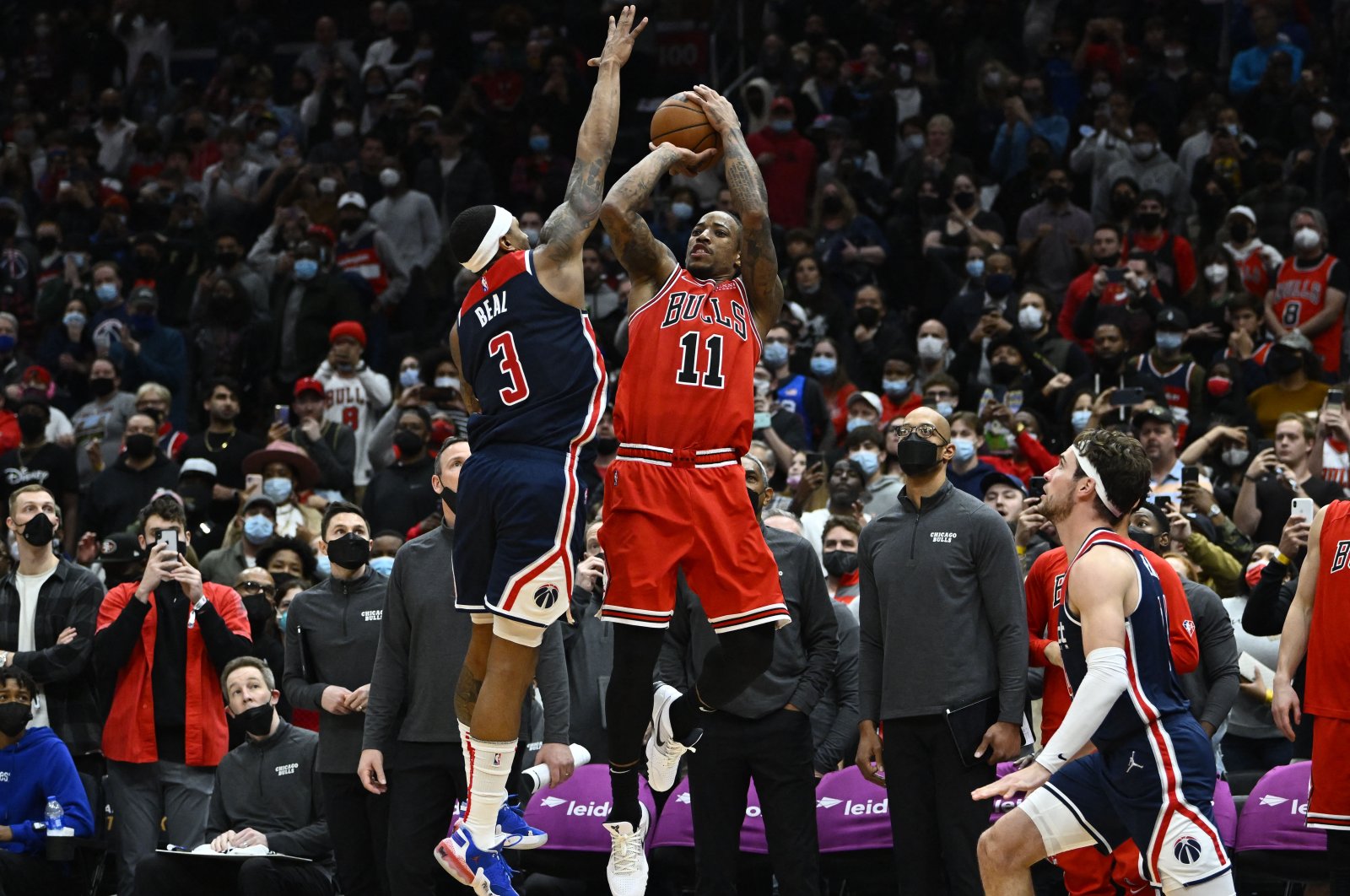 Chicago Bulls' DeMar DeRozan made NBA history to become the first player to score game-winning buzzer-beaters on back-to-back nights as he led his team to a 120-119 victory over Washington Wizards Saturday.

DeRozan's 3-pointer from the left corner at the final horn gave the Bulls a 120-119 victory at Washington and completed a 28-point performance.

"I don't know if I'm dreaming or if it's real right now," DeRozan said. "Willing to step up whenever that moment is called for and to be ready for it, that's all I can do."

The Bulls stretched their win streak to seven games while Milwaukee's grew to six in a row as Giannis Antetokounmpo powered the host Bucks over New Orleans 136-113.

NBA overall leader Golden State beat Utah 123-116, snapping a six-game Jazz win streak, but the talk was all about DeRozan.

"Dude is incredible," Chicago's Zach LaVine said of DeRozan after scoring a game-high 35 points. "I can't say much more than that."

"DeMar's shot again was unbelievable," Bulls acting coach Chris Fleming said. "He had the presence of mind to look down and find out where his feet were to make that shot. Incredible shot."

No other player has made back-to-back game-winning shots on consecutive nights. He became the first to manage the feat in consecutive games since 1985 by Boston's Larry Bird, who had an off day between triumphs.

DeRozan, the NBA's top fourth-quarter scorer, is hitting a career-high 37.3% from 3-point range this season.

Greek star Antetokounmpo scored 35 points, grabbed 16 rebounds and passed off 10 assists for his second triple-double of the season and the 27th of his career.

"I try to stay aggressive the whole game," Antetokounmpo said. "I'm at my best when I'm aggressive. I can create open shots."

Antetokounmpo hit 12-of-18 from the floor and 9-of-12 from the free-throw line. He moved one shy of NBA legend Michael Jordan's career triple-double total.

"I'm so locked in and focused on what we've got to do, those moments go – not unnoticed, it's a great compliment to be mentioned with those guys – but you just brush it off," Antetokounmpo said.

"As I get older, I've got to live in the moment and enjoy this moment. I've got 27 triple-doubles. It's insane."

Milwaukee improved to 25-13, third in the Eastern Conference behind Brooklyn and Chicago, while the Pelicans fell to 13-23.

It was the 400th career NBA victory for Bucks coach Mike Budenholzer.

Nikola Jokic had 24 points and 11 rebounds to lead Denver to a 124-111 victory at Houston while Eric Bledsoe scored 27 points to lead the Los Angeles Clippers over host Brooklyn 120-116.

James Harden had a triple-double for Brooklyn with 34 points, 12 rebounds and 13 assists while Kevin Durant added 28 points for the Nets.

At Detroit, Saddiq Bey sank a 3-pointer with 2.1 seconds remaining in overtime to give the host Pistons a 117-116 victory over San Antonio.

The team went 5-5 without Doncic, who is averaging 25.6 points, 8.0 rebounds and 8.5 assists a game. Doncic hurt his ankle last month and was set to return when he entered COVID-19 protocol.