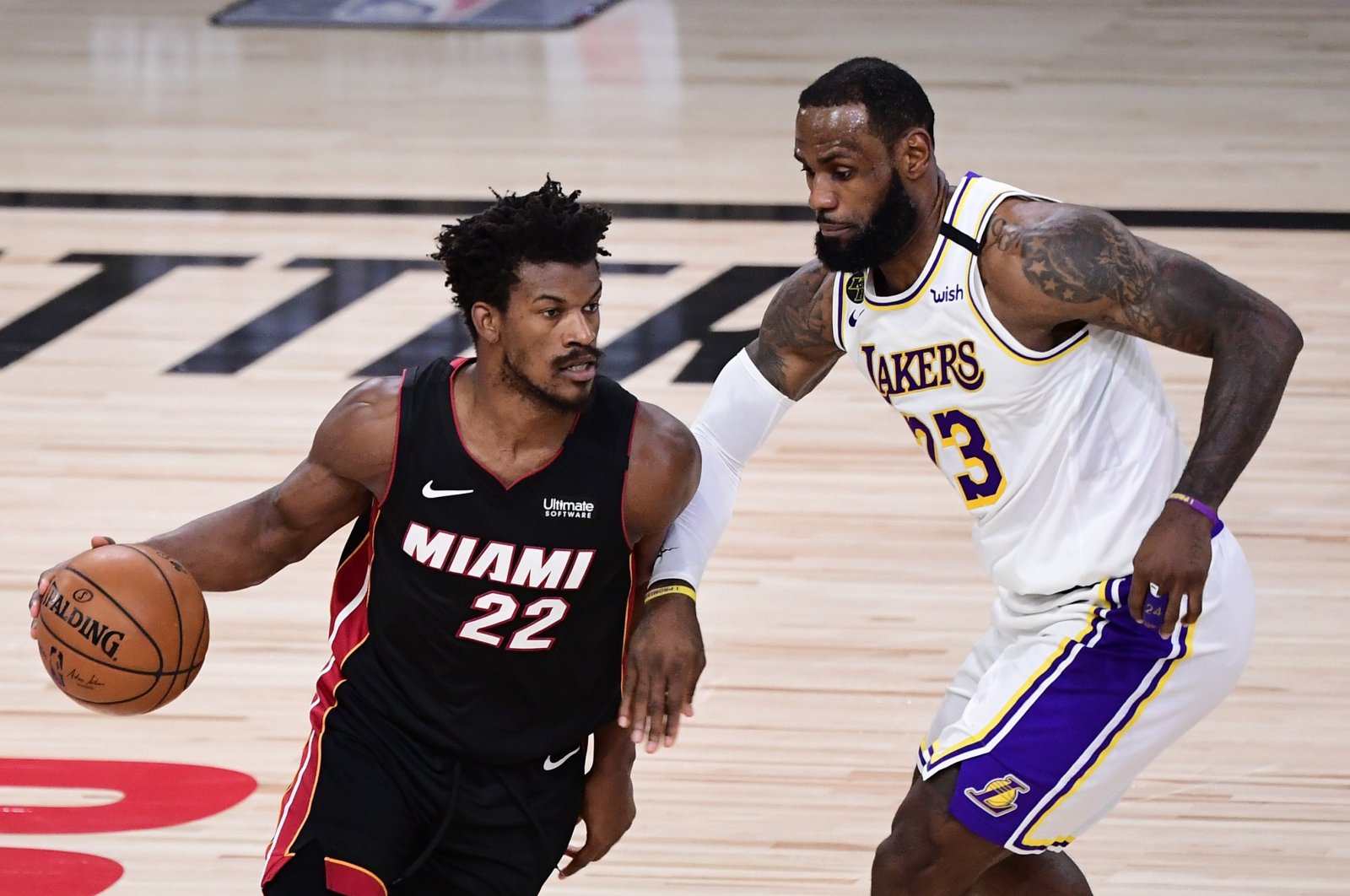 When Bam Adebayo and Goran Dragic went down in Game 1 of the NBA Finals, Miami Heat's only hope to stay in the series became clear: ride Jimmy Butler.

It wasn't enough in Game 2, but Butler took his game a step further Sunday night, scoring 40 points to go with 13 assists and 11 rebounds as the short-handed Heat held off the Los Angeles Lakers 115-104 to win Game 3 at the NBA bubble near Orlando.

Butler completed his first career playoff triple-double with six of his team's final 12 points, appearing to tell the Lakers they were "in trouble" as Miami pulled away late to avoid a 3-0 deficit in the best-of-seven series.

"I think we realized that we belong," Butler said in his on-court postgame interview. "They can be beat, as long as we do what we're supposed to do. Coming into the next game, I know they're going to be so much better, and we've got to be able to match that energy."

"How else do you say it other than Jimmy effing Butler," Heat coach Erik Spoelstra said in summing up his star's performance. "This was a very urgent game, and he was doing it on both ends of the court. Just put his imprint on every important part of the game."

Kelly Olynyk and Tyler Herro also did their part for Miami with 17 points apiece.

James had 25 points, 10 rebounds and eight assists, while Anthony Davis was saddled by early foul trouble in scoring just 15 for the Lakers. Markieff Morris and Kyle Kuzma each had 19 points off the bench, though Los Angeles was plagued by 20 turnovers.

"We know that we can't turn the ball over versus this team," said James, who was responsible for eight. "It starts with myself, being the starting point guard for the team."

The Lakers came back from down 14 in the third quarter to go ahead 91-89 on a Rajon Rondo drive to the basket at 8:56 of the fourth. The Heat responded with an 8-0 spurt as Olynyk and Herro hit 3-pointers.

Los Angeles was within five at 105-100 on a Morris three at 2:11 before four straight Butler points restored Miami's edge to nine. A Herro 3-point play and Duncan Robinson 3-pointer in the final minute sealed the result.

The Heat used a 10-0 run to begin the third to go ahead 68-54. The Lakers countered with eight unanswered, but Miami regained control behind a pair of Olynyk threes to lead 81-70 with 2:55 left. The score was 85-80 entering the fourth.

The Heat took advantage of a sloppy Lakers start to lead by as much as 13 at 22-9 in the first. Los Angeles turned the ball over 10 times in the quarter, one more than it had in its Game 2 total. Still, the Lakers ended the period within 26-23.

Los Angeles was up 37-33 in the second before Miami rattled off an 11-0 stretch. The Lakers battled back within one, 47-46, but a pair of Butler baskets and a rare three from Solomon Hill helped the Heat to a 58-54 halftime lead.

Butler had 19 points, six rebounds and six assists at the break. James scored 16, while Davis was held to five in 11 minutes after drawing three quick fouls.