Curry drops 23 points in return as Warriors lose to Raptors 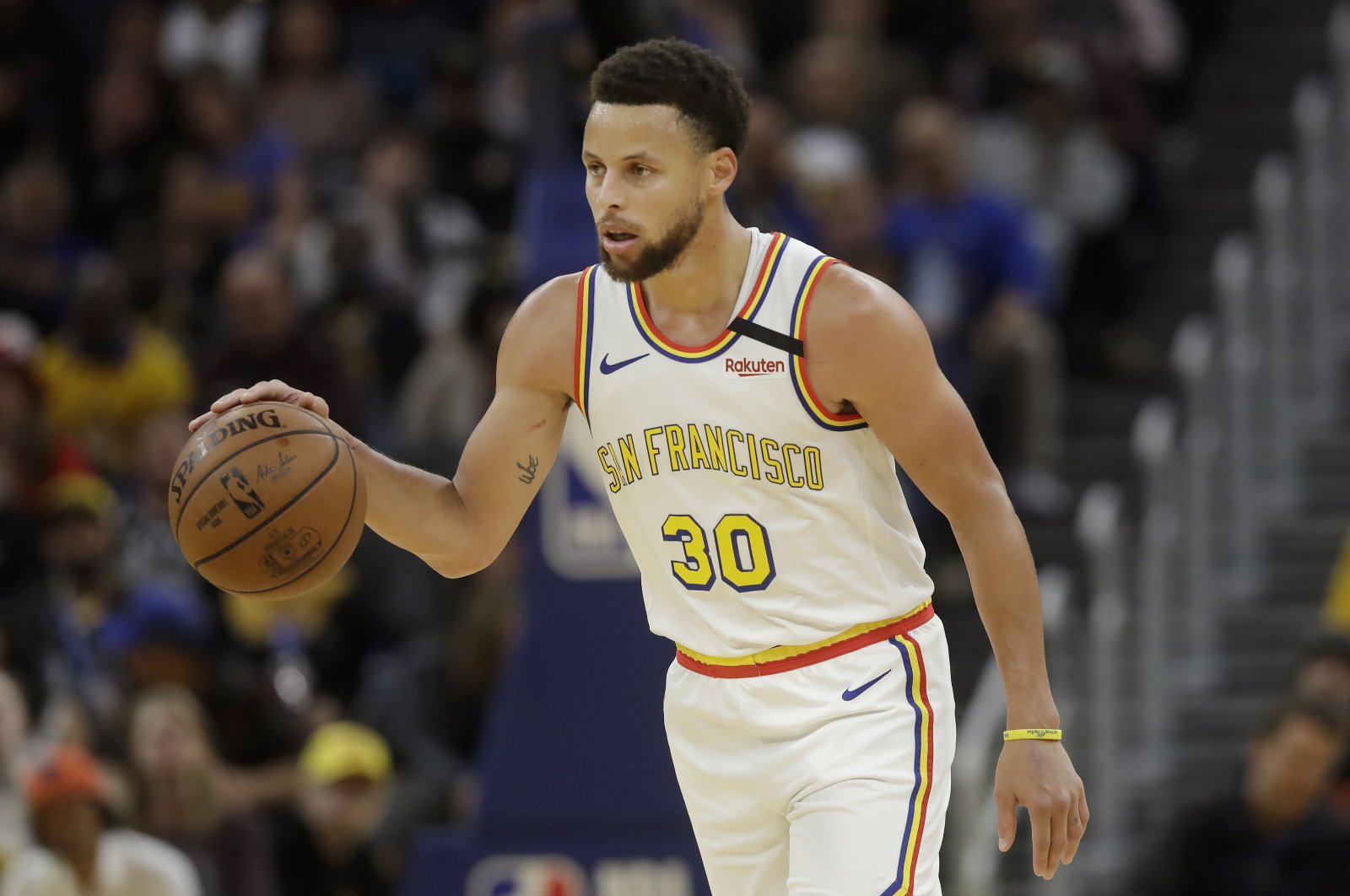 Golden State Warriors guard Stephen Curry (30) dribbles the ball up the court against the Toronto Raptors during the second half of an NBA basketball game in San Francisco, Thursday, March 5, 2020. (AP Photo)
by Associated Press Mar 06, 2020 10:06 am
RECOMMENDED

Stephen Curry seemed every bit himself after a four-month layoff, save for a little long-range rust.

“He looks exactly the same to me,” coach Steve Kerr said.

Curry scored 23 points for Golden State in his anticipated return from a broken left hand, but the Toronto Raptors beat the Warriors 121-113 Thursday night to clinch a playoff spot.

After being sidelined 58 games, Curry led Golden State out of the tunnel to a big ovation — as loud as his neon sneakers, one pink and one yellow — and the crowd stirred every time he pulled up to shoot.

He missed his first two attempts but had three quick assists, including a no-look, behind-the-back dish to Andrew Wiggins. He finished with seven assists and seven rebounds in 27 minutes.

The two-time MVP hit a 17-footer for his first basket early in the second quarter, then got a huge reaction for a 3-pointer from well beyond the arc shortly before halftime. He was 3 of 12 from 3-point range and 6 of 16 overall for the game, the only blemish on an otherwise encouraging night for the three-time champion.

“It feels like the first day of school pretty much all over again,” the 31-year-old Curry said after shootaround. “It’s kind of just getting back to enjoying playing basketball at the highest level. There’s a process to that.”

Norman Powell scored a career-high 37 points for Toronto, which won in a rematch of last year's NBA Finals. The Raptors won that series in six games, finishing with a victory in Golden State's final game at its old arena in Oakland.

Kyle Lowry added 26 points and 10 assists, Serge Ibaka had 13 points and 13 rebounds, and Pascal Siakam had 17 points for the Raptors, who won at Phoenix on Tuesday night to end a three-game losing streak.

“Knowing that Steph was coming back, we knew it was going to be a great night, a great atmosphere," Lowry said. "One of the best players in the league was coming back from injury, we were a little more focused and concentrated on him, but coming in here, it's a great regular-season game.”

Damion Lee scored 23 points and Marquese Chriss had 17 points and 12 rebound for the Warriors, who have lost 10 straight at home.

Golden State trailed 62-55 at halftime but took an 85-83 lead in the third on Eric Paschall's 3-pointer — with Curry on the bench, no less.

After Toronto regained the lead, Paschall tied it at 95 on a free throw with 9:39 left in the fourth quarter, but the Raptors countered with five straight points. A 3-pointer by Lowry and a powerful dunk from Anunoby helped Toronto stretch the lead moments later.

Curry checked back in with 3:51 left and hit a falling layup with two minutes remaining that pulled the Warriors within 113-108. Wiggins added a 3-pointer to make it 113-111, but Siakam made two baskets in 15 seconds to keep Toronto's lead safe.

“I think that it was a high energy building tonight and they were playing well,” Raptors coach Nick Nurse said. “I expected it to be a really close game tonight and there were no illusions in my mind that it wouldn’t be."

Lee stole the ball from Powell with 25.8 seconds remaining and was fouled by Powell. But he missed both free throws and then two 3-point tries after consecutive offensive rebounds.