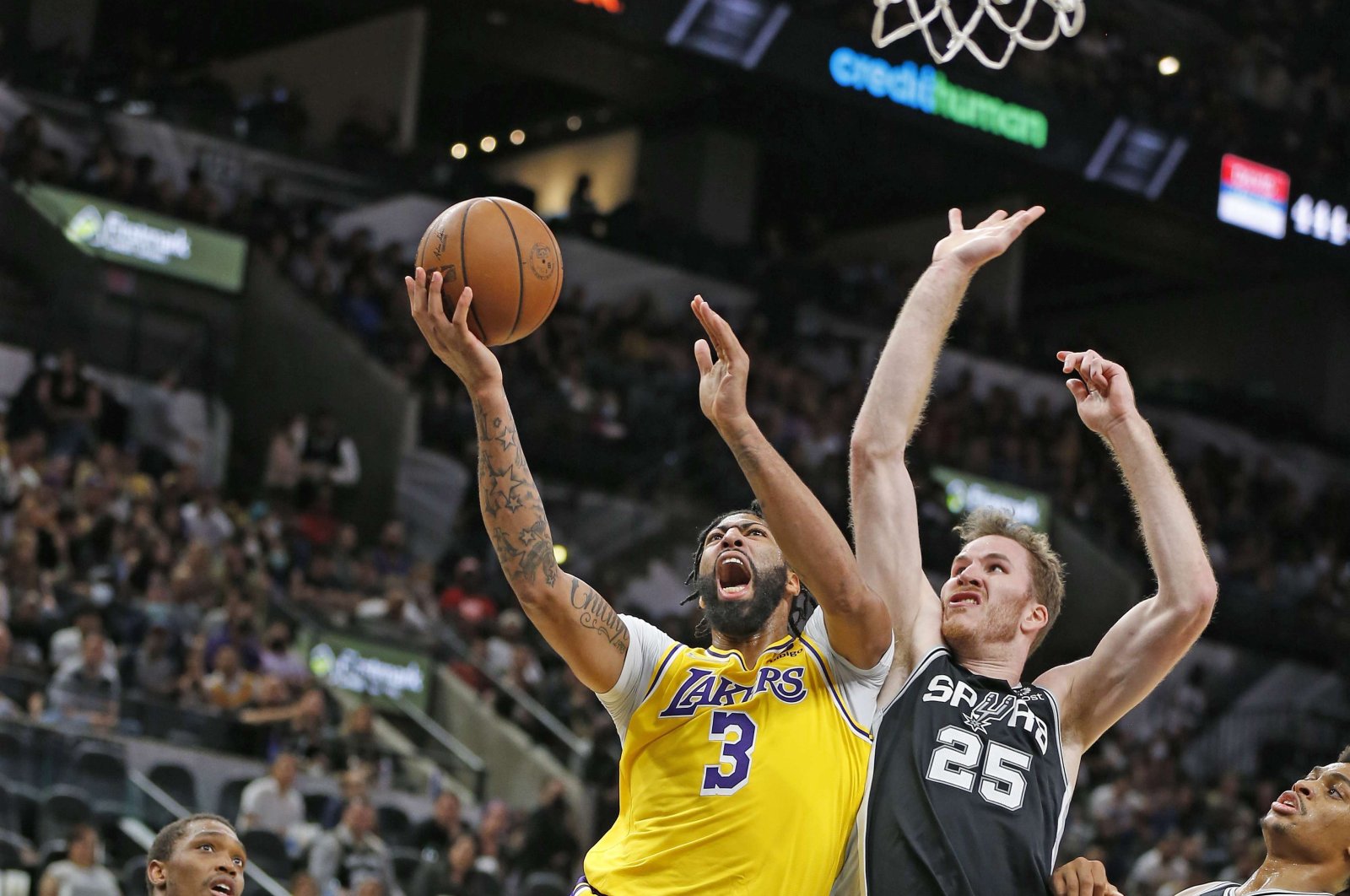 The Los Angeles Lakers star Anthony Davis hit 35 points, 17 rebounds and four assists, while Russell Westbrook weighed in with 33 points, 10 rebounds and eight assists to lead their side to a 125-121 overtime win against the San Antonio Spurs in Texas Tuesday.

But the Lakers, already without LeBron James, who was struggling with right ankle soreness, were given a fright late in the fourth quarter when Davis crumpled to the court clutching his right knee.

Davis later recovered to help the Lakers close out their overtime win.

"We'll just have to see how sore it is," Vogel said. "He just banged knees with one of their players. We'll see how he responds overnight."

Vogel meanwhile was pleased with how his side had battled back from a 12-point deficit in the fourth quarter.

"We never lost belief, even when we were down, that we were going to win the game," Vogel said. "We just persevered and got a big road win."

In Oklahoma City, Stephen Curry scored 23 points as Golden State Warriors came from behind to extend their unbeaten start to the season with a 106-98 victory over the Thunder.

Curry added six rebounds and four assists while Andrew Wiggins added 21 points to make it four wins out of four for the Warriors. Oklahoma City remains winless through four games.

The Warriors recovered after a shaky first-half display which left them trailing 59-48 at the break, before a dominant third quarter which saw them outscore the Thunder 33-17.

Otto Porter drained back-to-back 3-pointers from the bench to close the third, transforming a one-point deficit into a five-point lead, while Damion Lee finished with 20 off the bench.

"What clicked was getting stops together," Kerr said. "We weren't clicking offensively, but the game starts at the defensive end, and we were not ready mentally ready.

"This is what happens in this league – you try to get up for every game, occasionally you have some letdowns. OKC played a great first half, and did everything right.

"But we've strung together four good wins and heading home we're in a good spot. We know we've got to just keep it going – things can change in a hurry in this league."

"I was waiting for this moment," Walker said afterward. "It's the kind of moment I've dreamed of since I was a young kid, coming to a Knicks game and seeing how the crowd goes crazy. That was a great moment."

Tobias Harris topped the Sixers scoring with 23 points as the reigning Eastern Conference champions continue to adjust in the absence of Ben Simmons, whose future at the club remains uncertain.