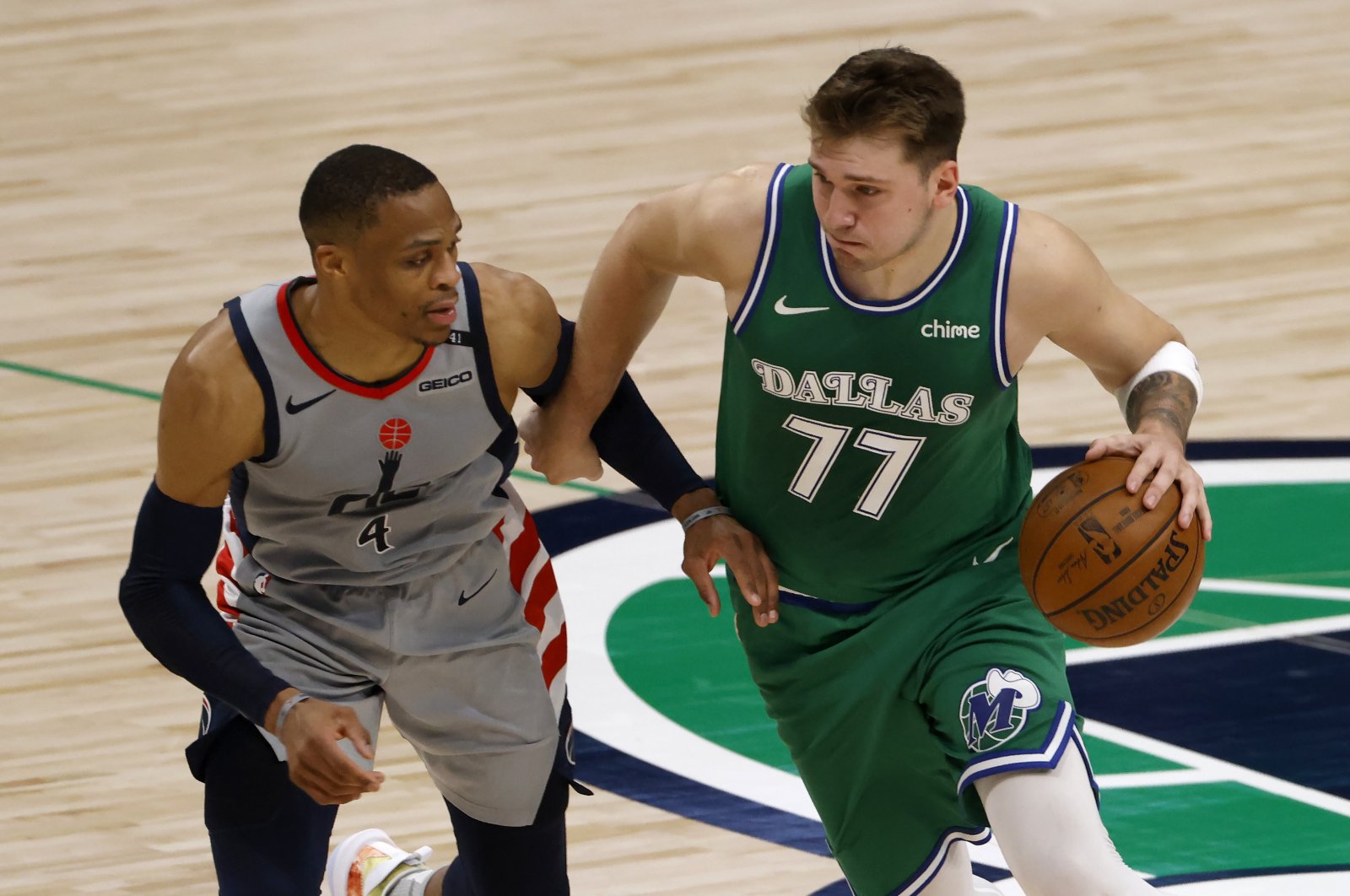 Dallas Mavericks point guard Luka Doncic posted a triple-double with 31 points, 20 assists and 12 rebounds to carry his side to a sixth win in seven games by edging the Washington Wizards 125-124 on Saturday.

It was the first triple-double for Doncic since March 15 as he spearheaded a Mavericks' attack that led the game by 12 points after the first quarter and by five at halftime.

"Everyone expects greatness from him every single night," said Dallas coach Rick Carlisle. "Just think about it, at 22 years old and having that kind of expectation put on him every night. But he is an amazing player.

"He does an amazing job of absorbing all of it."

Dorian Finney-Smith drained the deciding 3 with 9 seconds left in front of a pandemic-limited crowd of 4,300 at American Airlines Center in Texas.

Finney-Smith finished with 22 points, Maxi Kleber tallied 17 and Tim Hardaway scored 16 points for the Mavericks, who improved to 36-27 on the season.

Russell Westbrook equaled his season-high of 42 points and Bradley Beal had 29 points as the Wizards suffered just their second loss in the past dozen games.

Bradley Beal put Washington in front with a pair of free throws with 26 seconds to go before Doncic found Finney-Smith open for his clutch three.

Beal failed to connect on a potential game-winning 3-pointer with two seconds left on the clock.

Elsewhere, Stephen Curry poured in 30 points and the Golden State Warriors tightened up on defense to beat the Houston Rockets 113-87 and give their playoff push a much-needed boost.

Curry scored 23 points in the third quarter as the Warriors seized control by going on a 24-0 run for a 77-59 lead.

The win couldn't have come at a better time for the Warriors, who halted a two-game losing skid after winning seven of nine previously.

The Warriors struggled on defense in both losses, surrendering a 25-0 run to the Dallas Mavericks and then giving up 37 fourth-quarter points against the Minnesota Timberwolves.

"We just need to bring a little joy. It's been tough trying to create consistency, we've had guys in and out of the lineup and really playing eight guys every night," Curry said.

"Bringing energy is our focus, but when we bring joy and let that flow on the court – and I've got to lead that – that's when good things happen."

Curry also had six rebounds and five assists while Canadian Andrew Wiggins chipped in 20 points. Draymond Green finished with 11 rebounds and eight assists for the Warriors.

At one stage of the contest, Houston went scoreless for 5:25, missing all 12 of their shot attempts.

In Charlotte, Terry Rozier scored 29 points as the Charlotte Hornets used a 13-0 run in the final quarter to beat the Detroit Pistons 107-94.

Charlotte improved to 31-24 on the season but they had to work for the victory after the Pistons went on a 20-6 blitz that straddled the third and fourth quarters to cut the lead to just three points.