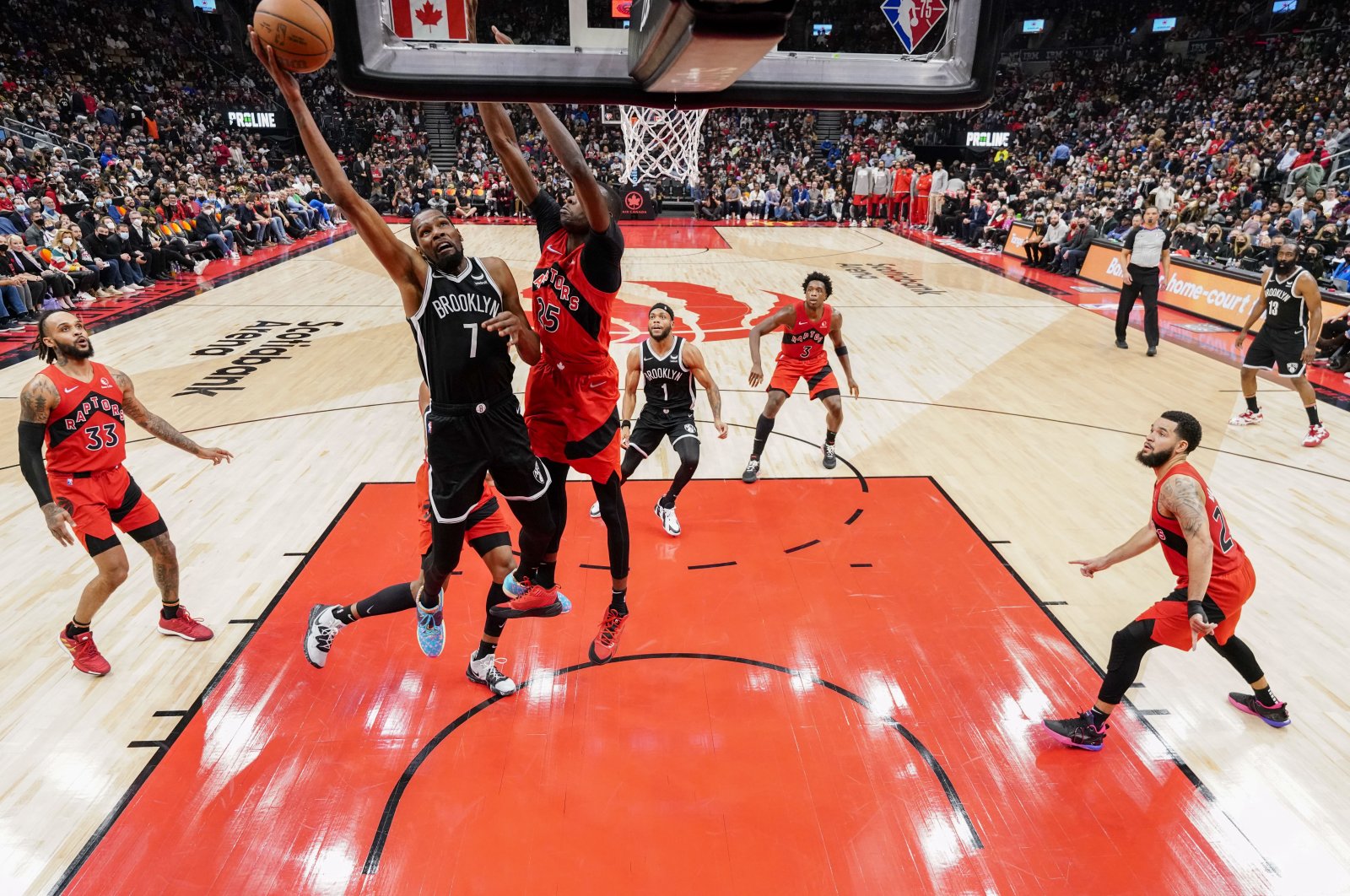 Kevin Durant netted 31 points to guide a red-hot Brooklyn Nets to a 116-103 away win over Toronto Raptors on Sunday.

Durant had seven rebounds and seven assists in his 10th consecutive game of 20 or more points, as Brooklyn won their fifth straight game in front of a crowd of 19,800 at Scotiabank Arena.

"Like we said since day one, he's been unbelievable this season at both ends of the floor, rebounding, scoring, facilitating," said Nets coach Steve Nash.

Durant was playing in Canada for the first time since tearing his left Achilles tendon while playing for the Golden State Warriors in the 2019 NBA finals.

"The last time I was here was one of my lowest moments as a basketball player," Durant said.

James Harden added 28 points, 10 rebounds and eight assists, Blake Griffin had 14 points and 11 rebounds and Patty Mills came off the bench to score 13 points in the win.

Fred VanVleet had 21 points and eight assists for the Raptors, who have lost two in a row.

Raptors forward Pascal Siakam, in his first game of the season after recovering from shoulder surgery, scored 15 points in 25 minutes of playing time.

Nash, of Victoria, British Columbia, earned his first victory in his home country as a head coach.

"That means a lot," Nash said. "This is a very special place for me. Not only Canada but Toronto.

"I've spent so much of my time here, I have so many close friends, relationships and memories in this city. For me, this is definitely a sweet win."

Giannis Antetokounmpo led the struggling Bucks with 29 points and 18 rebounds in the first game of a five-game road swing. Grayson Allen added 19 points for the Bucks.

In New York, Ricky Rubio nailed eight three-pointers and finished with 37 points and 10 assists to lead the Cleveland Cavaliers to a 126-109 win over the New York Knicks.