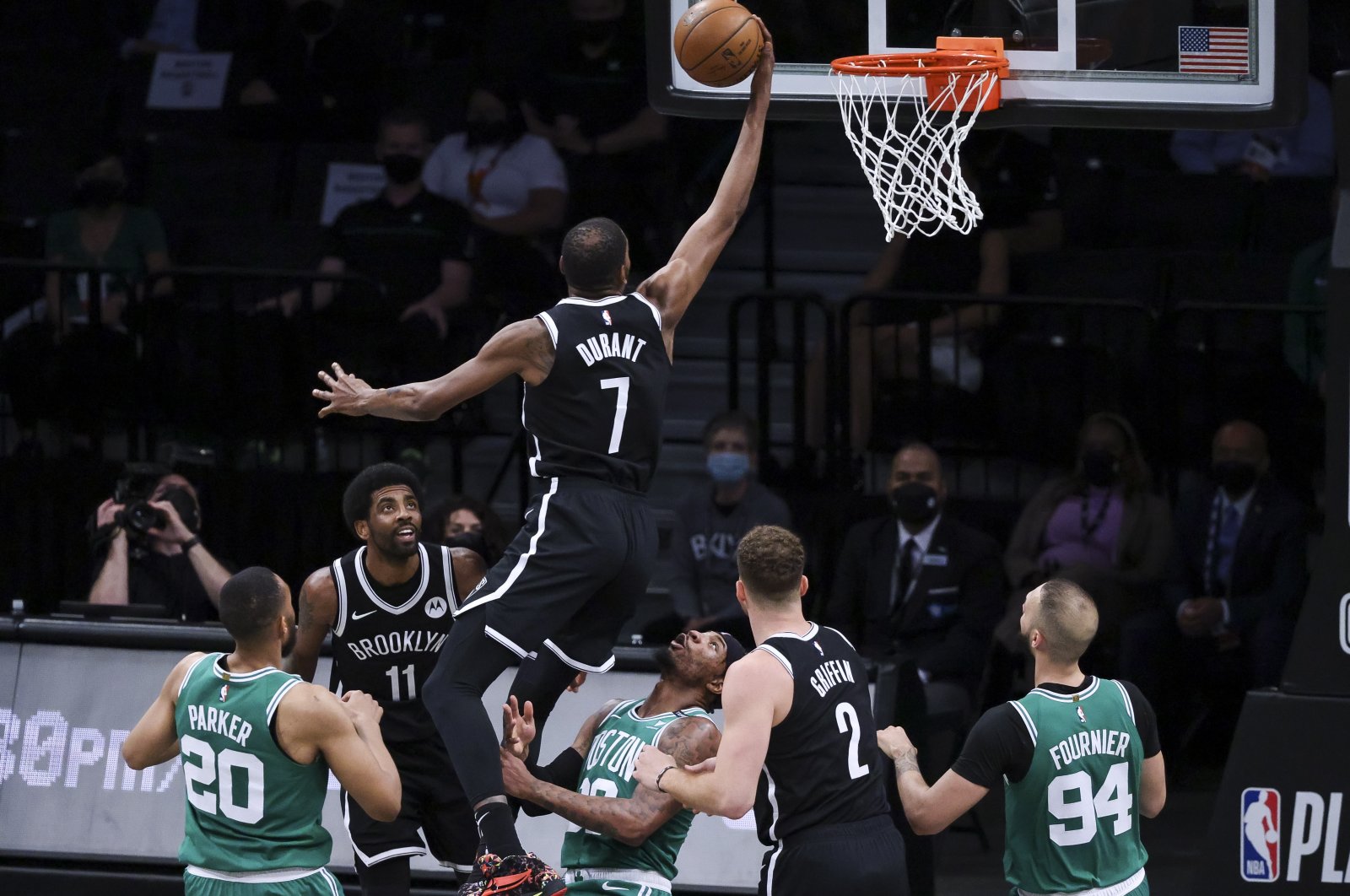 Brooklyn Nets' Kevin Durant hit 32 points and 12 rebounds to help notch his side a 104-93 victory over visitors Boston Celtics in the opening game of the Eastern Conference first-round playoffs Saturday.

Kyrie Irving scored 29 points and James Harden added 21 points, nine rebounds, eight assists and four steals for the second-seeded Nets. The contest was just the ninth in which Durant, Harden and Irving played together.

Jayson Tatum scored 22 points for seventh-seeded Boston but he was just six of 20 from the field.

The Heat had one final chance after Jimmy Butler took the inbound pass from Goran Dragic, but could not get his shot off thanks to tight defense from Jrue Holiday as time expired.

In Los Angeles, Dorian Finney-Smith hit two late 3-pointers, one triggering a 7-0 burst that broke a tie and propelled visiting Dallas Mavericks to a 113-103 win over fourth-seeded Clippers in Game 1 of their Western Conference first-round playoff series.

Game 2 in the best-of-seven is scheduled for Tuesday, also in Los Angeles.

Hitting four of his five 3-point attempts, Finney-Smith finished with 18 points, while Luka Doncic had a game-high 31 as part of a triple-double and Tim Hardaway Jr. 21 for the Mavericks, who won the season series 2-1 over the Clippers.