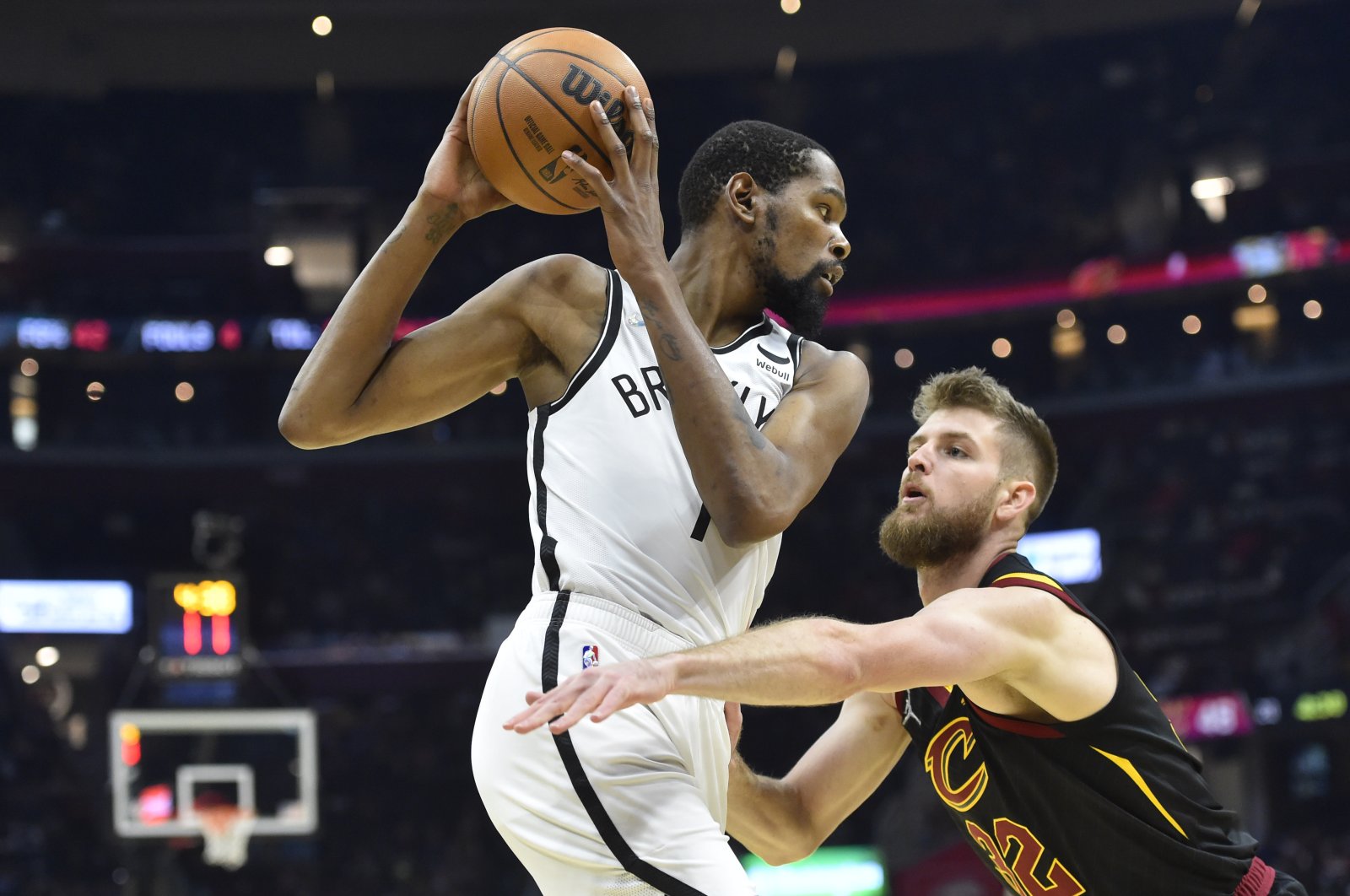 Brooklyn Nets went top of the Eastern Conference after Kevin Durant hit 27 points in a 112-117 win against Cleveland Cavaliers on the road on Monday.

LaMarcus Aldridge backed Durant with 21 points and 11 rebounds while Patty Mills had 17 points and James Harden 14.

The win gave Brooklyn sole ownership of the Eastern Conference table with 13 wins against five defeats.

Nets coach Steve Nash expressed satisfaction at how his team had clawed their way back into the contest in the second half.

"They find themselves in a hole and they're proud guys and they respond, and that's the most important thing," Nash said. "They responded tonight.

"We kind of shut them down in the second half. That's what we told them – we have to win this game on defense. And they did it.

"The spirit was not great in the first half but it was exceptional in the second half. The defense led to the offense."

The 20-year-old stepped up with 11 points including two three-pointers to help the second-half fightback.

"Cam was great," Nash said. "He stepped up with confidence to take shots. He's a kid who has a bright future. Tonight he really hung in there. Made some big shots and stepped up defensively. I was proud of him."

"He gave us the boost we needed – somebody who can score off the dribble and off the catch like that," Durant said.

"They obviously left him off the scouting report – they left him open and he made plays."

In Chicago, the Bulls were handed a surprisingly one-sided beatdown to lose ground on the Nets at the top of the East, slumping 109-77 against the Pacers.

The Bulls meanwhile finished with only two players in double digits, DeMar DeRozan adding 18 and Zach LaVine 17, as the Pacers defense dominated.

"There is a standard and an expectation we try to play to and certainly tonight was not that," Bulls head coach Billy Donovan said.

"How we learn from this is really important. Over an 82-game schedule, nights like this happen.

"If it catapults going forward to make us better, then great. If it doesn't then it's a wasted opportunity."

In Washington, the Wizards were downed 109-103 by the Charlotte Hornets, who were sparked by a 32-point display from Terry Rozier and 28 points from LaMelo Ball. Gordon Hayward added 16 points.

Montrezl Harrell led the Wizards scoring with 24 off the bench, while starter Bradley Beal had 18 points for Washington.

In Milwaukee, the Bucks produced a superb all-around offensive effort to blitz the Orlando Magic 123-92.

Victory was never in doubt for Milwaukee after a franchise-record first-half performance that saw them race into a 77-36 lead at the break – the largest halftime lead in Bucks history.