Efes meets Milan for potential playoff preview in THY EuroLeague 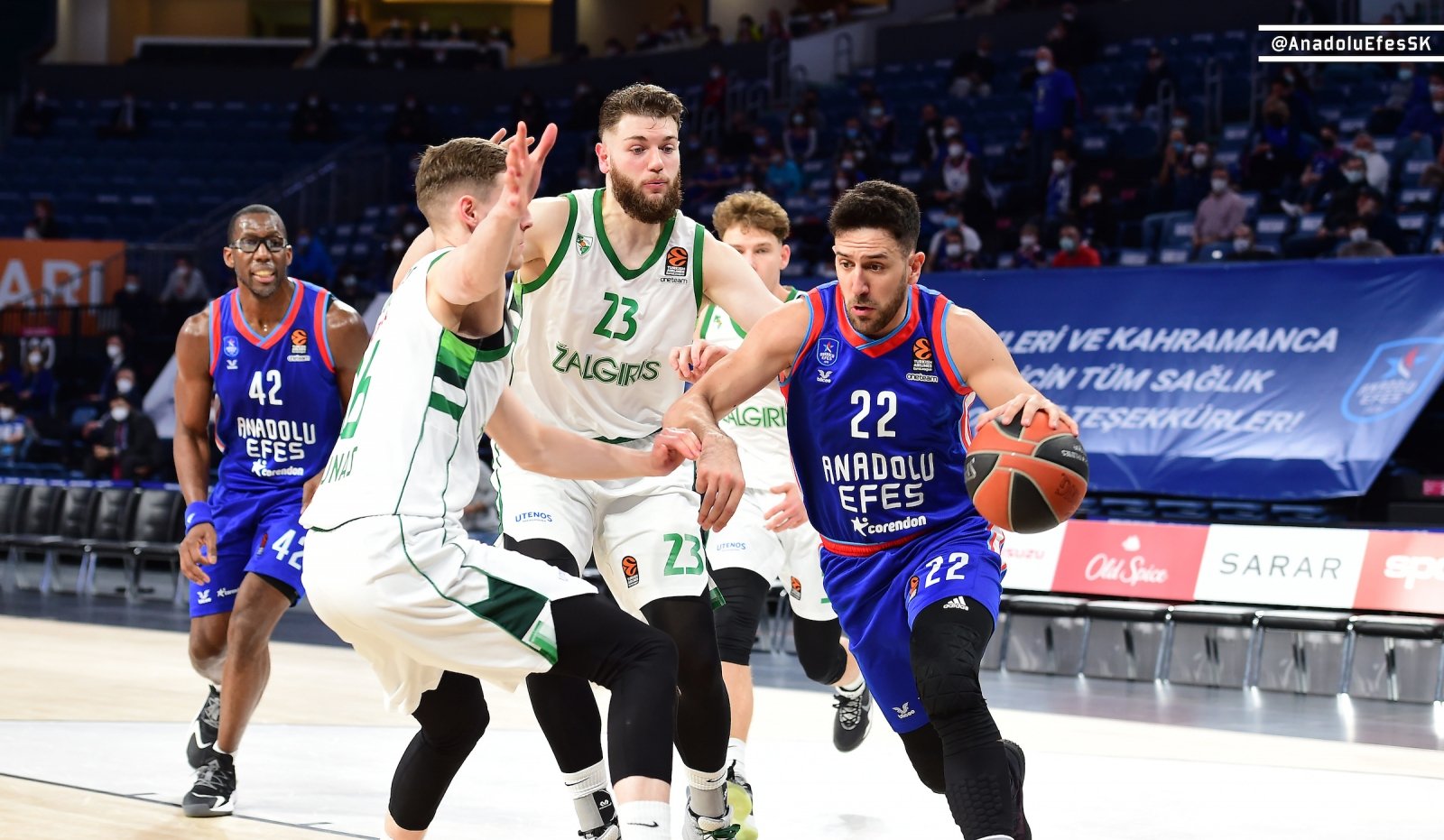 Turkish basketball powerhouse Anadolu Efes travels to Italy’s Milan on Friday for what could be a preview of the Turkish Airlines EuroLeague Playoff series.

Both teams have already clinched postseason berths but Milan – with 20 wins and 13 losses – can clinch home-court advantage for its best-of-five quarterfinals with a victory, according to the EuroLeague's official website.

Efes, who has 22 wins and 11 losses so far – is guaranteed a second or third finish in the regular season but a win could, depending on other results, set up a situation where Efes is third, Milan sixth and they meet again in the playoffs.

Italian giant, Milan has slumped to lose three of its last four games, while Efes has won 11 of its last 12 and scored in triple figures in four of those games

The last time the sides met, Milan held on late for a 69-72 victory over Efes in Round 15 in mid-December at Istanbul’s Sinan Erdem Arena.

Milan led by a whopping 17 in the second quarter and trailed by as many as six in the fourth before Sergio Rodriguez led a 2-10 run over the game's final four minutes to secure the victory.

Kevin Punter with 14.9 points per game (ppg) and Vasilije Micic with 16.4 ppg have been their respective side’s top scorers this season and the guards will surely have major roles in this explosive contest.

Each plays alongside a dynamic point guard and several players who can spread the floor, though Micic, who has 5.0 assists per game (apg) also handles playing duties for Efes.

If either of them comes through with a perfect game, it could decide the outcome of the contest.

Though these two teams are among the best at shooting from downtown – Milan at 41.3% is second most accurate and Efes with 39.7% in fourth.

However, Milan is third-worst at 2-pointers (51.6%) and Efes (57.1%) is third-best. Milan, which is also third from the bottom with 16.2 apg, must circulate the ball better to generate good looks in the paint for Kyle Hines, Kaleb Tarczewski and Zach LeDay to balance out the team's strong perimeter scorers.

Efes, in the meantime, leads the league in scoring with 84.3 ppg and when it controls the pace and scores points, good things happen for Coach Ergin Ataman's charges.

The Istanbul side is 19-0 this season when it has scored at least 80 points. Considering Milan is averaging 80.9 points, a high-scoring game may be in store which bodes well for the visitors.