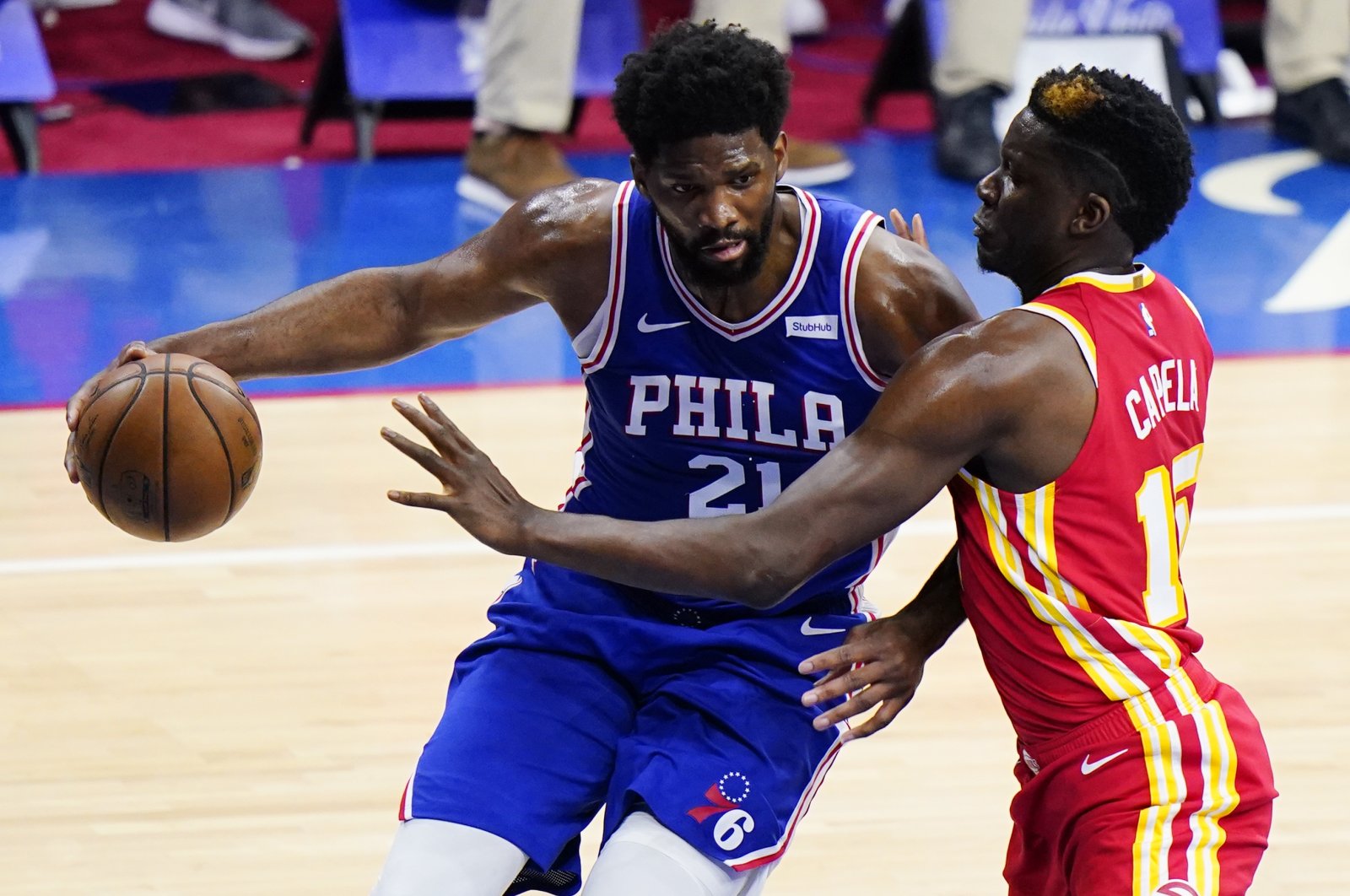 Joel Embiid tallied 40 points and 13 rebounds to guide the Philadelphia 76ers past the Atlanta Hawks 118-102 in Game 2 and even their Eastern Conference semifinal Tuesday.

Shake Milton also chipped in with 14 points in an electrifying off-the-bench performance for the Sixers.

Milton was a sixth man who then lost his spot in the rotation and scored only 17 points over spotty action in six playoff games this season.

Coach Doc Rivers kept the faith and Shake rattled the Hawks and helped the Sixers roll to a 14-0 run that blew the game open and sent a packed house into a frenzy.

Milton buried a long-distance 3 to send the Sixers into the fourth quarter with a 91-84 lead. He kept it going with a jumper early in the fourth that made it 95-84.

Embiid, Tobias Harris and Seth Curry steadied the top-seeded Sixers a game after they fell behind by 26 and were stunned in a Game 1 defeat.

Game 3 is in Atlanta on Friday.

In Salt Lake City, Donovan Mitchell scored 45 points to lead the Jazz to a 112-109 victory over the Clippers in Game 1 of their Western Conference semifinals series.

Mitchell did most of his work in the second half, scoring 32 points to rally the Jazz from a double-digit deficit. Jordan Clarkson and Bojan Bogdanovic chipped in 18 points apiece. Mitchell and Clarkson combined for 12 3-pointers.

Utah and Los Angeles will play Game 2 on Thursday in Salt Lake City.

The Jazz trailed by as many as 14 points before rallying and overtaking the Clippers in the fourth quarter. Utah took the lead for good on a 21-9 run bookended by 3-pointers from Bogdanovic. His second one gave the Jazz a 103-93 lead with 5:22 remaining.

George hit a 3-pointer to cut the deficit to 112-109 in the final minute. But Rudy Gobert blocked a potential game-tying shot from Marcus Morris with a second left to preserve the victory.