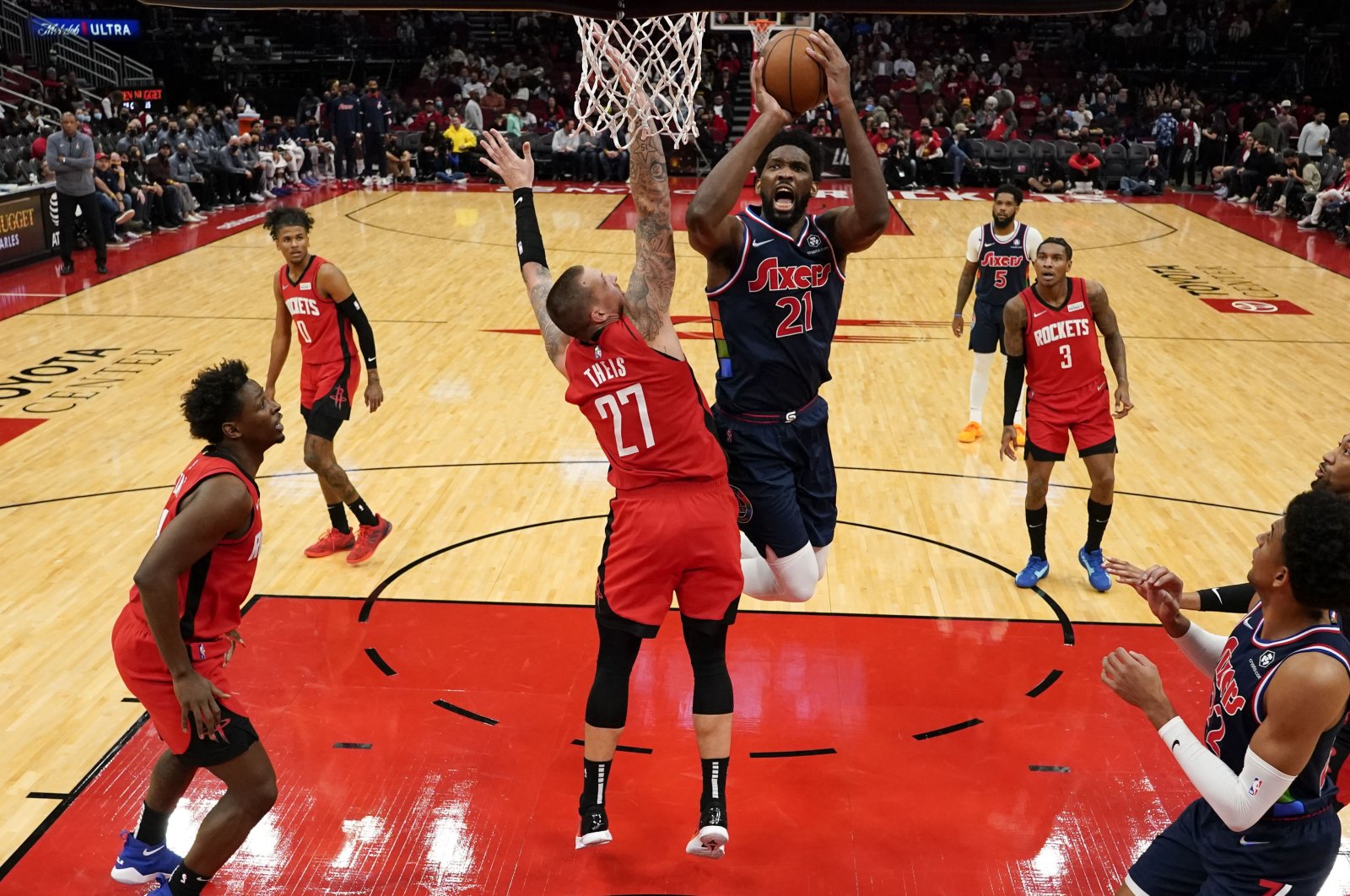 Embiid recorded his seventh straight 30-point game. He also had six assists and made all 13 of his free throws in front of a crowd of 13,600 at Toyota Center arena in Houston.

He is the second NBA player in history to score exactly 31 points in four straight games. Bob McAdoo did it for the Buffalo Braves in 1973.

Embiid entered Monday's contest as the sixth-highest scorer in the league, averaging 26.8 points per game.

Philadelphia has the longest winning streak in the Eastern Conference and the second-longest one in the league behind the Memphis Grizzlies who have won nine straight.

Ball capped his performance with the eventual winning basket on a floater with 15 seconds left in the fourth for the Hornets, who also beat the Bucks 114-106 on Saturday.

Giannis Antetokounmpo finished with 26 points and 13 rebounds for the struggling Bucks, who have lost four of their last five games.

Milwaukee committed their 20th turnover after Ball's go-ahead basket. On the next possession, Miles Bridges sank a pair of game-clinching free throws.

Ball scooted to his left, shooting across his body as he was falling away to break the tie.

"That is a highly difficult shot, but he makes it look effortless," Hornets coach James Borrego said. "Melo has that uncanny ability to be going 100 mph, get off-balance and still be poised when he raises up.

"You are definitely concerned anytime you lose four out of five," Middleton said. "And you never want to lose two in a row.

In Detroit, rookie Cade Cunningham scored a career-high 29 points and the Detroit Pistons rallied from a 22-point deficit to defeat the Utah Jazz 126-116.

Cunningham, the top pick in the NBA entry draft, scored all but five of his points after halftime. He also dished out eight of Detroit's 30 assists.

"I have to give all the credit to my teammates, who kept encouraging me and getting me the ball," said Cunningham. "I'm new to this league, but I've been playing basketball for a long time. I know what I'm capable of doing to help a team win once I get into a rhythm."

Donovan Mitchell scored a team-high 31 points for the Jazz, who have lost three straight. Hassan Whiteside contributed 21 points and 14 rebounds and Jordan Clarkson chipped in 16 points.