Fenerbahçe faces Bayern, Efes up against Real in THY EuroLeague 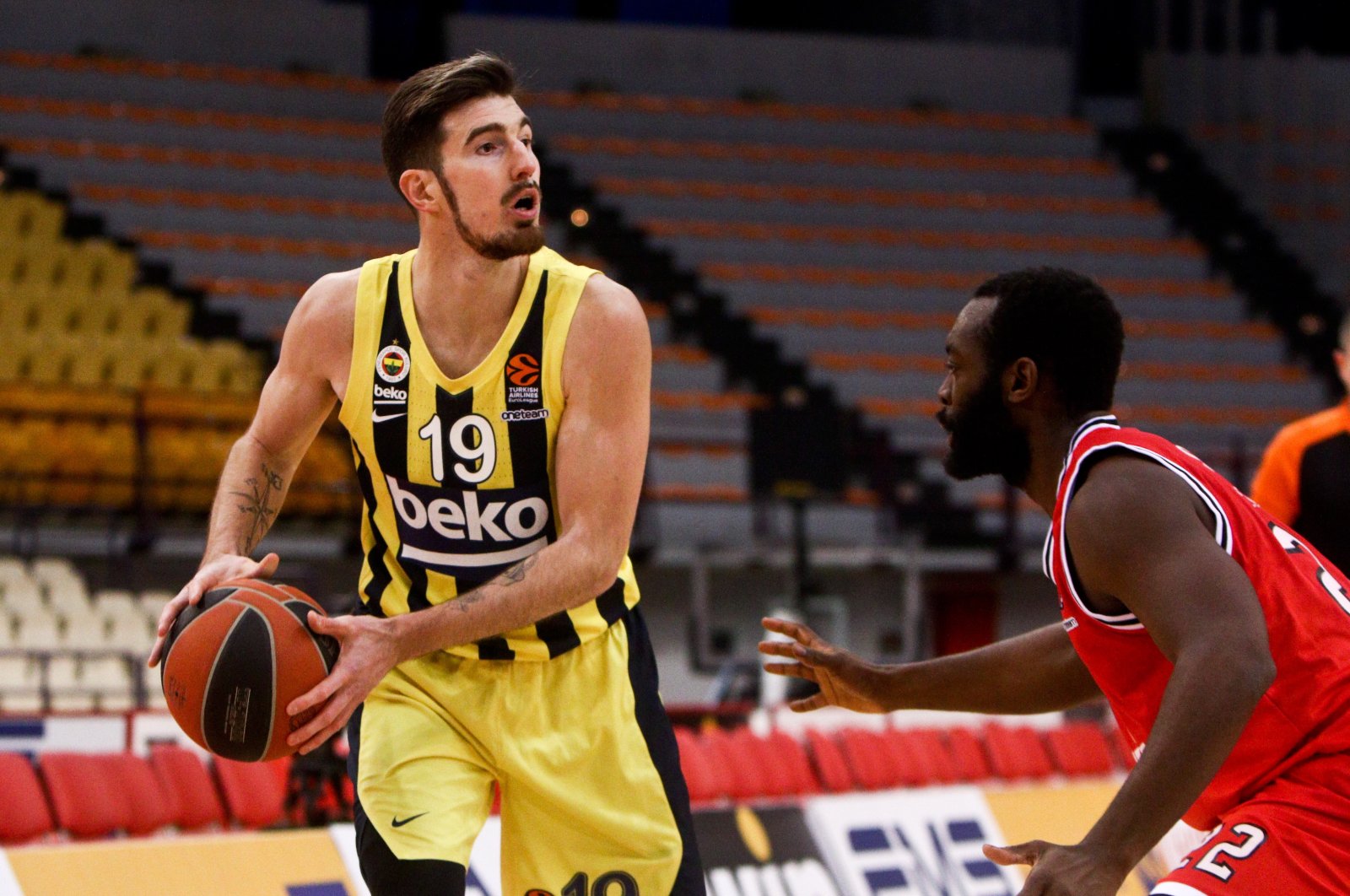 Tied in a three-way battle for 4th place, Fenerbahçe can grab home-court and head-to-head advantages with a win, while Efes would mathematically qualify for the playoffs with a victory

Turkey’s Fenerbahçe and Anadolu Efes will both hit the road as they face European giants Bayern Munich and Real Madrid in the Turkish Airline EuroLeague Basketball Round 32 on Tuesday.

A huge battle in the race for home-court advantage in the playoffs will be staged in Germany as FC Bayern Munich hosts Fenerbahçe.

Both teams have identical 19-12 records and are in a three-way tie for fourth place with AX Armani Exchange Milan, so this will clearly be a key encounter, according to the EuroLeague’s official website.

In addition to the win, a head-to-head advantage is also up for grabs after Bayern won the first meeting by four points.

Bayern picked up its first-ever victory at Fenerbahçe in Round Four, winning 71-75 behind 18 points from Vladimir Lucic, along with 17 points and eight rebounds from Jalen Reynolds, as Jan Vesely’s 25 points were not quite enough for the Yellow Canaries.

Despite a 20-point lead at halftime for the home team (45-25), Bayern used a remarkable late surge to win the fourth quarter 13-27 and clinched the victory.

In the match, one of the league’s most established backcourt stars will attempt to overcome arguably this season’s biggest breakthrough talent as Nando De Colo faces up against Wade Baldwin IV.

Fener’s French star leads his team with an average of 15.1 points per game (ppg), slightly short of Baldwin’s 15.2 average.

The duo is also their team’s top assisters, De Colo with 4.3 assists per game and Baldwin with 3.8. Both are also very durable players, averaging around 27 minutes on the floor.

The brilliant connection between De Colo and Jan Vesely will be a clear area for Bayern’s defensive focus. The Germans rank second in the league in steals, with 8.1 per game, and Fenerbahçe is occasionally prone to committing many turnovers, so knocking De Colo out of rhythm through energetic defense will be a target.

At the other end, Bayern will look to create chances for Vladimir Lucic to maintain his excellent form after five consecutive games of double-digit scoring from the Serbian forward.

The Round Four meeting taught Fenerbahçe one very valuable lesson which has also been learned by many other teams this season: against Bayern, no lead is big enough to feel comfortable.

The Turkish team must be prepared to play with patience for the full 40 minutes against the competition’s comeback kings, and find an alternative scoring route to De Colo and Vesely.

Ever-presents Dyshawn Pierre and Lorenzo Brown – the only Fener players to appear in every game this season – can be important in lessening the load on the two superstars.

Another huge showdown for the play-off will take place in the Spanish capital where Real Madrid will take on Anadolu Efes.

Real is currently seventh with an 18-13 record while Efes is third with 20-11. Even though they are just two wins apart, the teams have slightly different goals.

The Spanish side is keen on ensuring its advantage over the chasing pack, while Efes has its sights set firmly on a top-four finish.

The Turkish team would mathematically qualify for the playoffs with a victory, so securing that post-season ticket as soon as possible will be a big motivation for the visitors.

The Spanish giant, however, has a big 23-8 historical advantage over Efes and also won the most recent game between the teams with a 65-73 triumph in Istanbul last December.

Fabien Causeur led the way with 15 points and Trey Thompkins added 13, but the key to victory was an outstanding defensive effort, which forced Shane Larkin and Vasilije Micic into missing all 12 of their combined 3-point attempts.

On the night, the competition’s all-time shot-blocking leader, Bryant Dunston, will be up against the current season leader Walter Tavares in a big battle inside the paint.

Real’s big man has blocked at least one shot in each of the last five games and is also his team’s leading scorer and rebounder, and the home team needs him to dominate against Dunston, who will receive plenty of support from in-form Sertaç Şanlı and Tibor Pleiss.