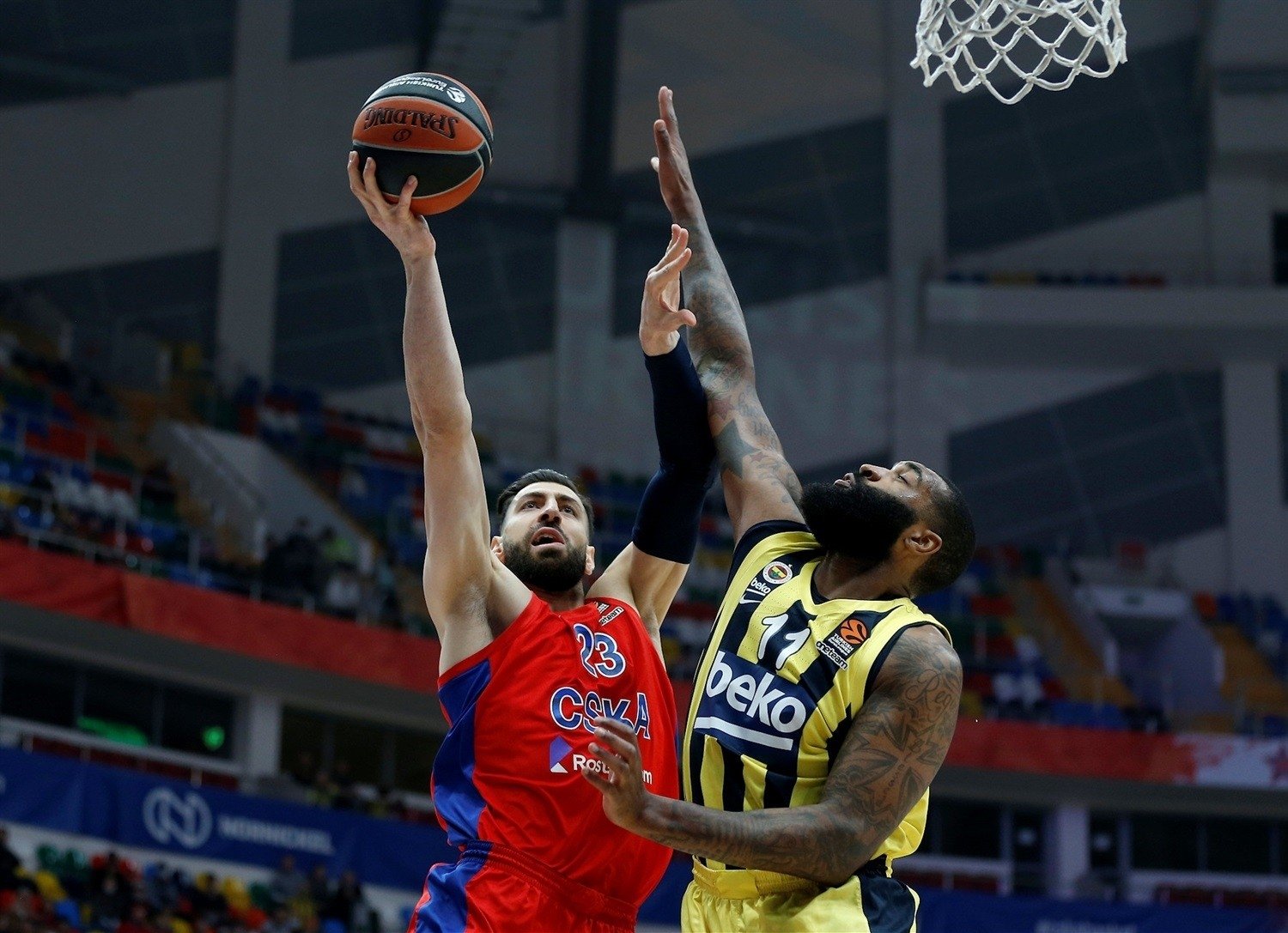 Turkish basketball powerhouse Fenerbahçe was to a poor start in its Turkish Airlines EuroLeague Playoffs campaign following a 92-76 loss against Russian heavyweights CSKA Moscow on Wednesday.

Despite a narrow 66-64 lead by the end of the third quarter, the Istanbul side maintained was thoroughly outplayed by the Russians in the last period with 28 points in the last 10 minutes.

The visitors could tally only 10 points in the last quarter to lose the match at Moscow's Megasport Arena.

The Russian club's German forward Johannes Voigtmann made a double-double with 12 points and 10 rebounds.

Game one hosted a limited number of spectators at Megasport Arena as part of coronavirus measures.

Leading the playoff series 1-0, CSKA Moscow will be the hosts of the second game at the same venue on April 23.

Game three will be played at Istanbul's Ülker Sports and Event Hall on April 28. If needed, the fourth match will be in Istanbul as well on April 30.

If the CSKA Moscow-Fenerbahçe Beko series tied at 2-2, game five in Moscow would decide the winner.

The other Turkish team in the competition Anadolu Efes made a flying start to the Playoffs with a 90-63 rout of Real Madrid at Istanbul’s Sinan Erdem Sports Hall.

The playoff is a best-of-five series, meaning the first team in the matchups to bag three wins will advance to the Final Four, which will be held in Cologne, Germany from May 28-30.

The semifinals will be held on May 28 and the third-place game and final will be played on May 30.

The other Turkish team in the competition Anadolu Efes made a flying start to the Playoffs with a 90-63 rout of Real Madrid at Istanbul’s Sinan Erdem Sports Hall.