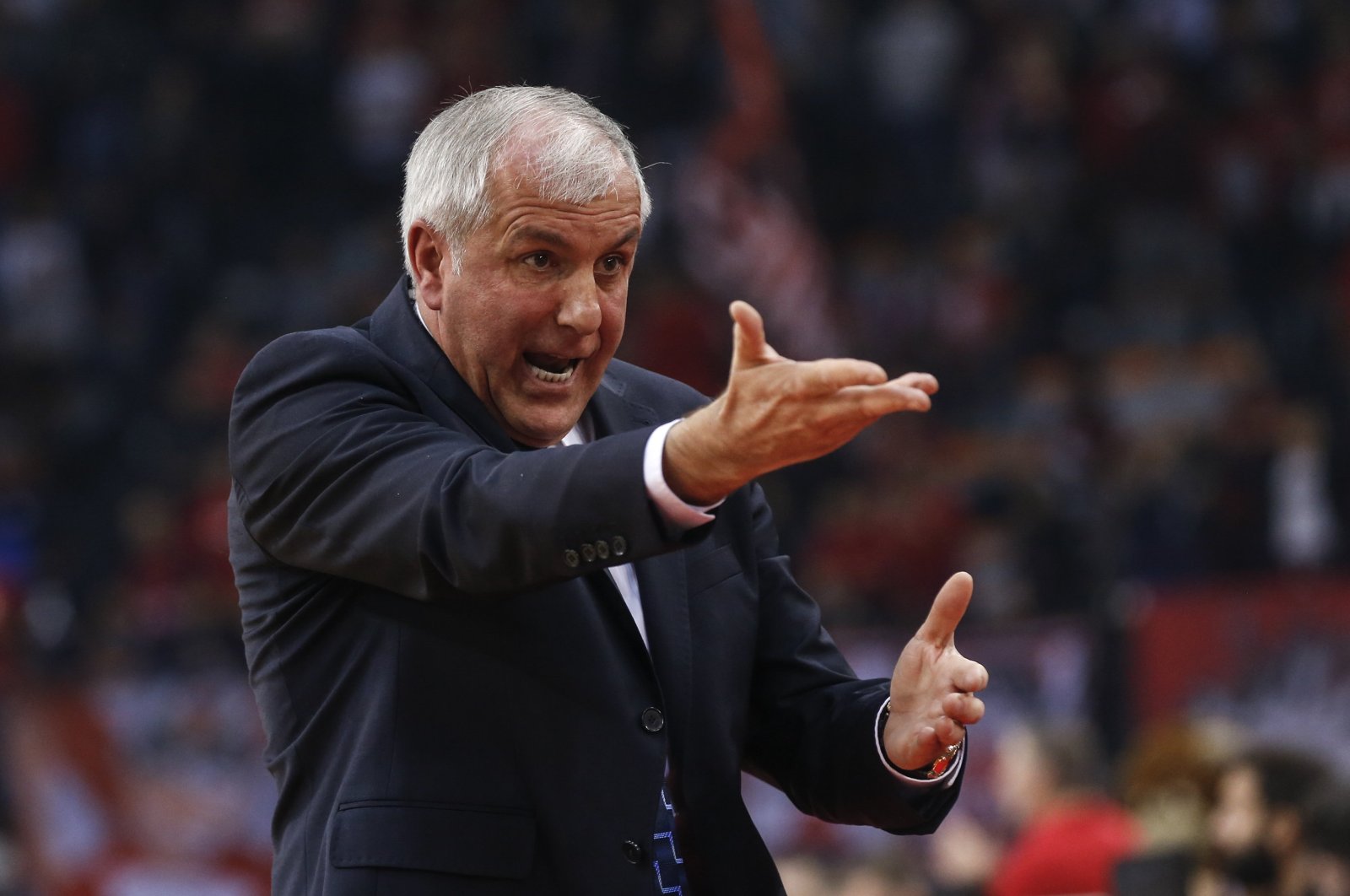 Istanbul's basketball powerhouse Fenerbahçe announced Friday that it was in negotiations with Zeljko Obradovic to extend the contract of the legendary coach for another year.

A statement by Fenerbahçe said the club’s president, Ali Koç, and deputy chairman Semih Özsoy completed negotiations with Obradovic for the next season, and Obradovic left Istanbul on Friday. “He will give his reply (to the offer) next week,” the club said in the statement.

According to Demirören News Agency (DHA), Obradovic accepted having his annual wage reduced by 30% to 2 million euros ($2.24 million), as well as agreeing to a 10-million-euro reduction to the team’s budget. Under the new deal, the Serbian manager will have a budget of 20 million euros for the 2020-2021 season.

Prior to the announcement, several reports alleged the Serbian coach was mulling ending his tenure at Fenerbahçe and taking a yearlong hiatus before returning to coaching, something he has done in the past after departing Panathinaikos.

Arriving at the Istanbul club in 2013, Obradovic propelled Fenerbahçe to the top of European basketball, winning the EuroLeague in 2017 and coming second twice.

This season, however, things have started to take a downturn with Fenerbahçe coming under severe financial duress. Fenerbahçe was sitting at eighth place in the EuroLeague standings with 13 wins and 15 losses before the tournament was canceled due to the COVID-19 pandemic.

The club stood at third place in the domestic Turkish Basketball League, which was also canceled.