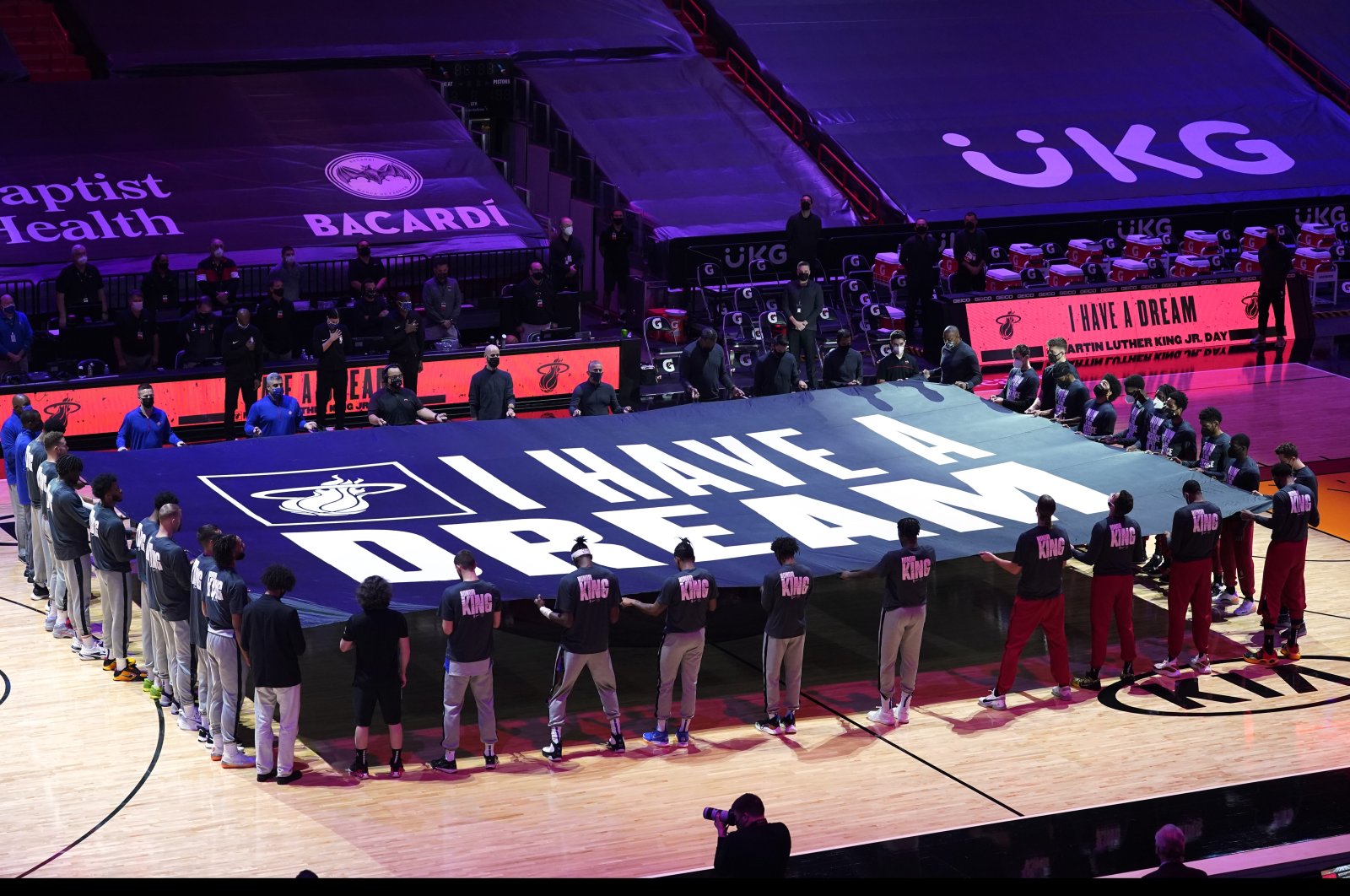 The foremost priority in the NBA right now is health, keeping everyone in the league and around the game as safe as possible while playing as the coronavirus pandemic still rages.

The next priority for players shining a light on the issues where they feel true equality doesn’t exist.

Basketball is a clear third.

Games are still extremely important; the quest for wins and championships is why players and coaches get paid millions of dollars, some of them, tens of millions of dollars, per year. But for the most part, there’s a sense of perspective around the league after nearly a year of turbulence – with the COVID-19 fight and struggle against the ongoing issue of racial injustice topping the players' to-do lists.

It seemed like the annual celebration of Dr. Martin Luther King Jr.’s life was different this year. Yes, there were many tributes and words at arenas around the league Monday, but the celebrations seemed to prompt many in the NBA to reflect more than usual on what matters most.

"I think sports should be a model for greater society," Wayne Embry, the NBA’s first black general manager, said this week. "You’ve got people, players, coaches, front office staff coming from various backgrounds for a common cause – and that’s to win.

The NBA is apparently trying to be the type of model that Embry referenced.

It was the first major U.S. pro league to shut down in March 2020, when it became evident that it was no longer safe to play as the virus was spreading. It used its copious platform last summer to spread messages of unity: In the restart bubble the words "Black Lives Matter" were painted at midcourt in huge block letters. LeBron James got people to vote, Chris Paul got on the campaign trail, Mo Bamba worked a voting center, Malcolm Brogdon marched and spoke out amid the chaos. There were countless other examples.

King once famously said this: "Our lives begin to end the day we become silent about things that matter." NBA players and coaches spoke out last year about the need for societal change. The league, while trying to balance its own economic challenges amid the virus, has stressed mask-wearing and social-distancing as ways to combat COVID-19 – though after postponing more than a dozen games in the last week or so, even those methods aren't foolproof.

Still, there seems to be a perspective around the league unlike ever before.

"Basketball is very important, don’t get me wrong, but you do have to keep perspective as we go through this," Detroit coach Dwane Casey said. "We will make it through it. The NBA is doing a great job of taking care of us to make sure we are safe, but the only thing that is in control right now is that ... virus."

In a time where nearly 400,000 Americans have died because of the coronavirus and billions globally have been affected in one way or another, players acknowledge there’s more to life than a bad call or a tough loss.

Monday was an opportunity for the players to show they are continuing to take action in their other fight: to spur social change.

The National Basketball Players Association is still working with lawmakers with hopes of making some version of what was called the George Floyd Justice in Policing Act – a bill that would increase accountability following police misconduct and eliminate discriminatory police practices, among other things – the rule of law sooner than later. James' "More Than A Vote" initiative was never intended to be a one-election-cycle event. NBA teams have pledged $300 million toward new causes designed to aid black businesses and communities over the next decade.

But despite the troubled world, the fight against a virus, the games go on. They go on not just because of money but also because they provide a huge platform for NBA players to be heard.

"It’s still important that we shine that light on all the things that are happening in our world," said Miami assistant coach Caron Butler, who has spoken out often about the need for change. "Some people escape real life by live entertainment ... and we’re going to entertain, we’re going to do our jobs to the best of our ability, even in a pandemic.

"But you’re going to know what’s on our hearts and minds because we can’t be robots anymore."