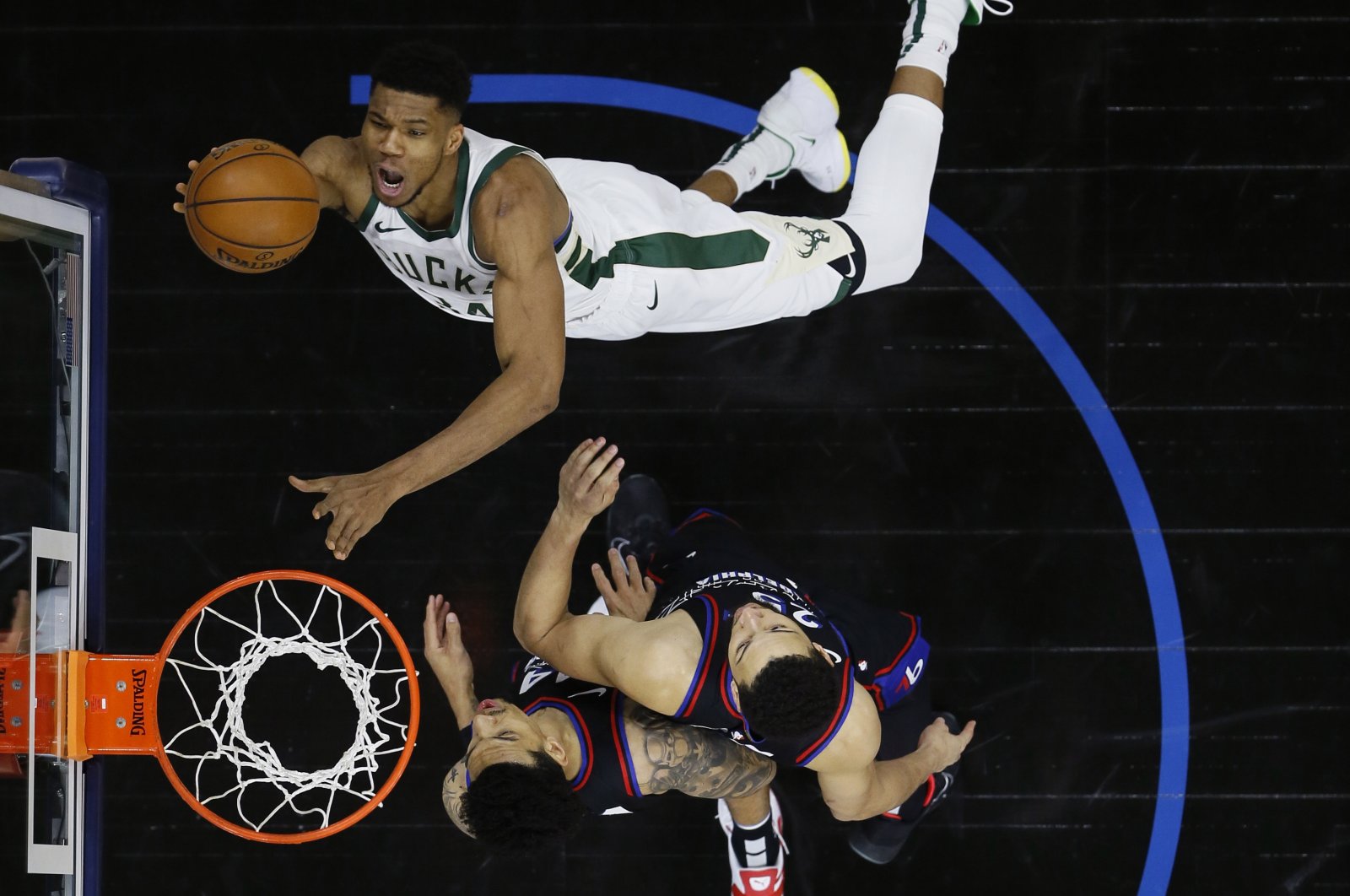 Giannis Antetokounmpo scored 10 of his 32 points in overtime to power the Milwaukee Bucks to a 109-105 victory Wednesday over Philadelphia in an NBA Eastern Conference heavyweight clash.

Philadelphia, again without injured star Joel Embiid, led by as many as 19.

But Milwaukee seized a 78-76 lead with 8:18 remaining in regulation.

From there it was a back-and-forth battle until Antetokounmpo scored 10 straight Bucks points in overtime, a run that included a left-handed drive past Simmons and a step-back jump shot over Dwight Howard that put the Bucks up 105-98 with 1:11 left in the extra period.

"When the game started, I wasn't having fun, I wasn't enjoying," Antetokounmpo said. "At the end of the day, I love what I do and I just tried to be in the moment and have fun.

"We didn't stop playing, we played great defense," he added. "We trusted one another, we didn't put our head down, we kept our composure.

"We believed in ourselves, and that's why we were able to come back in the game," added Antetokounmpo, who added 15 rebounds and five assists, his run of three straight triple-doubles coming to an end.

Tobias Harris led Philadelphia with 19 points and Danny Green added 18 for the Sixers.

Simmons had a triple-double of 13 points, 10 rebounds and 12 assists, but the 76ers saw their six-game winning streak end.

They finished the night tied atop the East with the Brooklyn Nets, who were propelled by James Harden's 40-point triple-double in a 124-115 victory over the Indiana Pacers.

Nets All-Star Kyrie Irving sat out with a sore groin, and recently acquired Blake Griffin remained sidelined by knee trouble as the Nets continued to await the return of star Kevin Durant from a hamstring strain.

Former NBA MVP Harden amply filled the void, making 13 of 27 shots from the field and 12 of 14 free throws. His putback layup knotted the score at 96-92 early in the fourth quarter and ignited a 13-4 Nets scoring run.

Malcolm Brogdon scored 24 points for the Pacers, who had a triple-double from Domantas Sabonis with 18 points, 11 rebounds and 11 assists.

It was good news for the Nets, after coach Steve Nash said before the game that Durant, while showing "improvement," remained at least two weeks away from a return.

"We're monitoring it and expect him to make a full recovery," Nash said of Durant, who has been sidelined since February 13. "And hopefully it won't be too long. But he's probably got a couple weeks of ramp-up left."

Golden State guard Stephen Curry departed early in the Warriors 108-94 victory over the Rockets in Houston, suffering what the team called a tailbone contusion in a hard sideline fall in the third quarter.

Curry had missed a three-pointer as time ticked down in the third when he stumbled backwards, falling in a seated position.

Clearly in pain, Curry was eventually able to rise and walk gingerly to the locker room.

He finished the night with 18 points and eight assists. Jordan Poole lead the Warriors with 23 points off the bench. Kelly Oubre added 19 points.

Kevin Porter Jr. led Houston with 25 points, but the Rockets lost their fifth straight since the All-Star break.

The NBA saw stunning six triple-doubles in the 10 games Wednesday, setting a new single-day record just four days after the record was set with five.