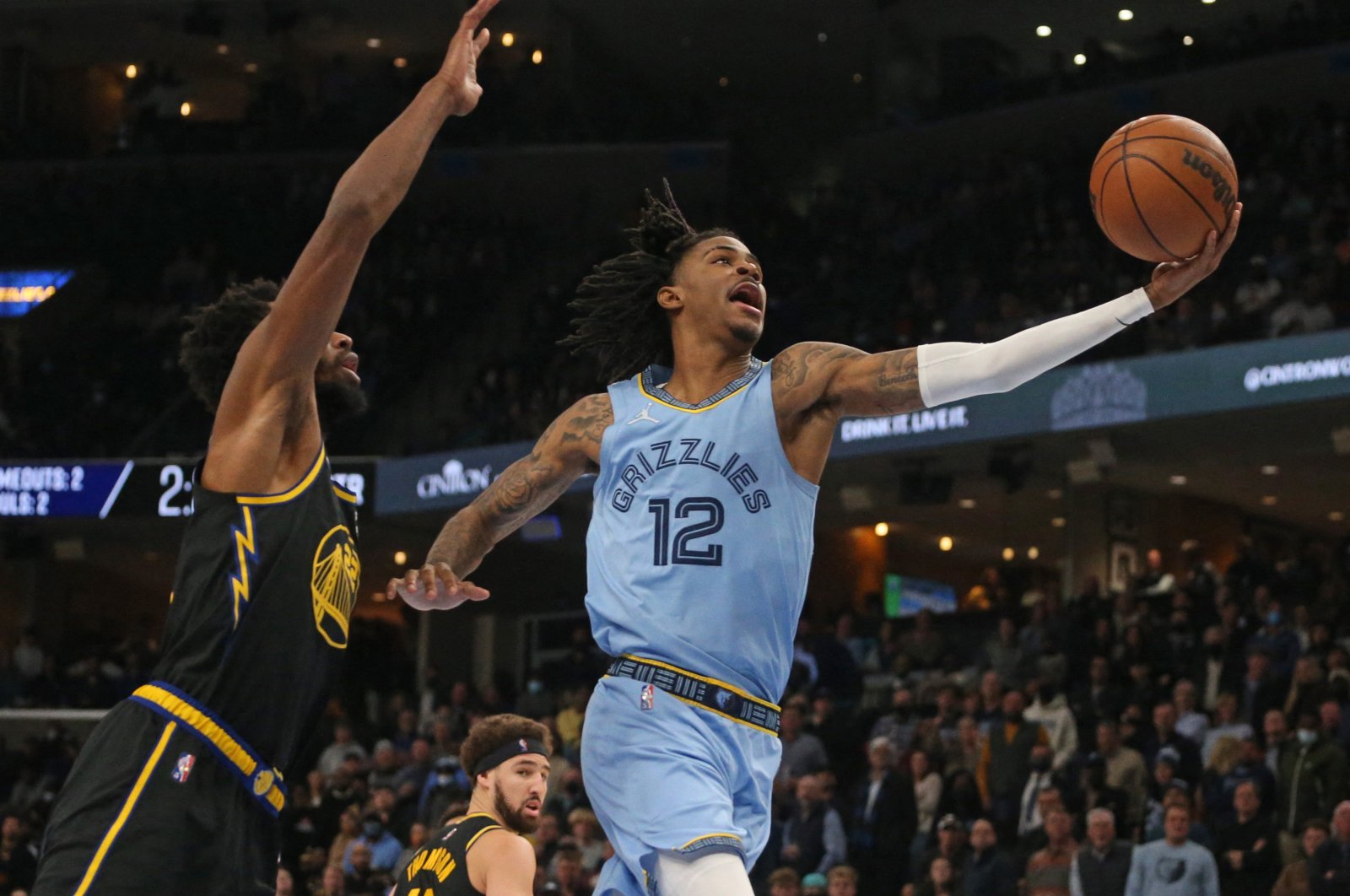 Red-hot Memphis Grizzlies extended their winning streak to 10 matches after Ja Morant's 29 points helped them to a 116-108 victory over the Golden State Warriors on Tuesday.

Morant seized control in the late stages of the fourth quarter, scoring five points in the final minute as the third-place Grizzlies closed the gap on the second-place Warriors in the Western Conference standings.

"I felt like I was aggressive. I got going very early," said Morant. "I made them change their scheme up. If you blitz me I feel like I have a lot of guys who can score the basketball.

"Pretty much cat and mouse, we just had to take what their defense gave us."

The Grizzlies are now within 2 1/2 games of the Warriors after having been eight games back on Nov. 29.

Ziaire Williams and Tyus Jones had 17 points each for Memphis in front of a crowd of 17,800 at FedExForum arena.

Jones keyed a fourth-quarter rally that put the Grizzlies ahead for good. He connected on all five of his 3-point attempts.

Morant, the 2020 rookie of the year, is just a week removed from a sprained knee that sidelined him for 12 games.

He has consistently been able to elevate his game against the best teams in the league, scoring 30 or more points against the Phoenix Suns, Brooklyn Nets, and Los Angeles Lakers during the 10-game streak.

The Warriors were missing Draymond Green, who was out with a sore left calf.

In Los Angeles, Amir Coffey scored 18 points as the Los Angeles Clippers rallied from a 25-point second-half deficit for a stunning 87-85 victory over the Denver Nuggets.

The Clippers scored just 28 points in the first half before finding themselves down by 25 in the third quarter. They scratched and clawed their way back to take an 83-81 lead on Coffey's three-pointer with 2:30 remaining. Coffey also had seven assists and four steals.

Reggie Jackson and Terance Mann added 13 points apiece for Los Angeles. Marcus Morris had 12 points and Eric Bledsoe tallied 11 as the Clippers won for just the fifth time in the past 14 games.

Aaron Gordon scored a season-high 30 points and 12 rebounds and Nikola Jokic added 21 points, 13 rebounds in the loss. Jeff Green had 12 points and Monte Morris tallied 11 for the Nuggets.

Elsewhere, Jae Crowder scored 19 points and Chris Paul finished with 15 points and 12 assists as the Phoenix snapped Toronto's six-game winning streak with a 99-95 victory in Toronto.

Devin Booker provided the late-game heroics for the Suns, nailing the go-ahead jump shot with 62 seconds remaining and then adding two free throws with six seconds left before fouling out. Booker finished with 16 points.

Booker shot four for 13 from the field and two of seven from 3-point range.

Deandre Ayton and Mikal Bridges scored 12 points in the win at Scotiabank Arena.

"That's one of those games you've got to put your hard hat on," Paul said.

In Chicago, Nikola Vucevic scored 22 points and DeMar DeRozan delivered 20 points and 12 rebounds as the Chicago Bulls clobbered the Detroit Pistons 133-87 to win their 10th game in the last 11.