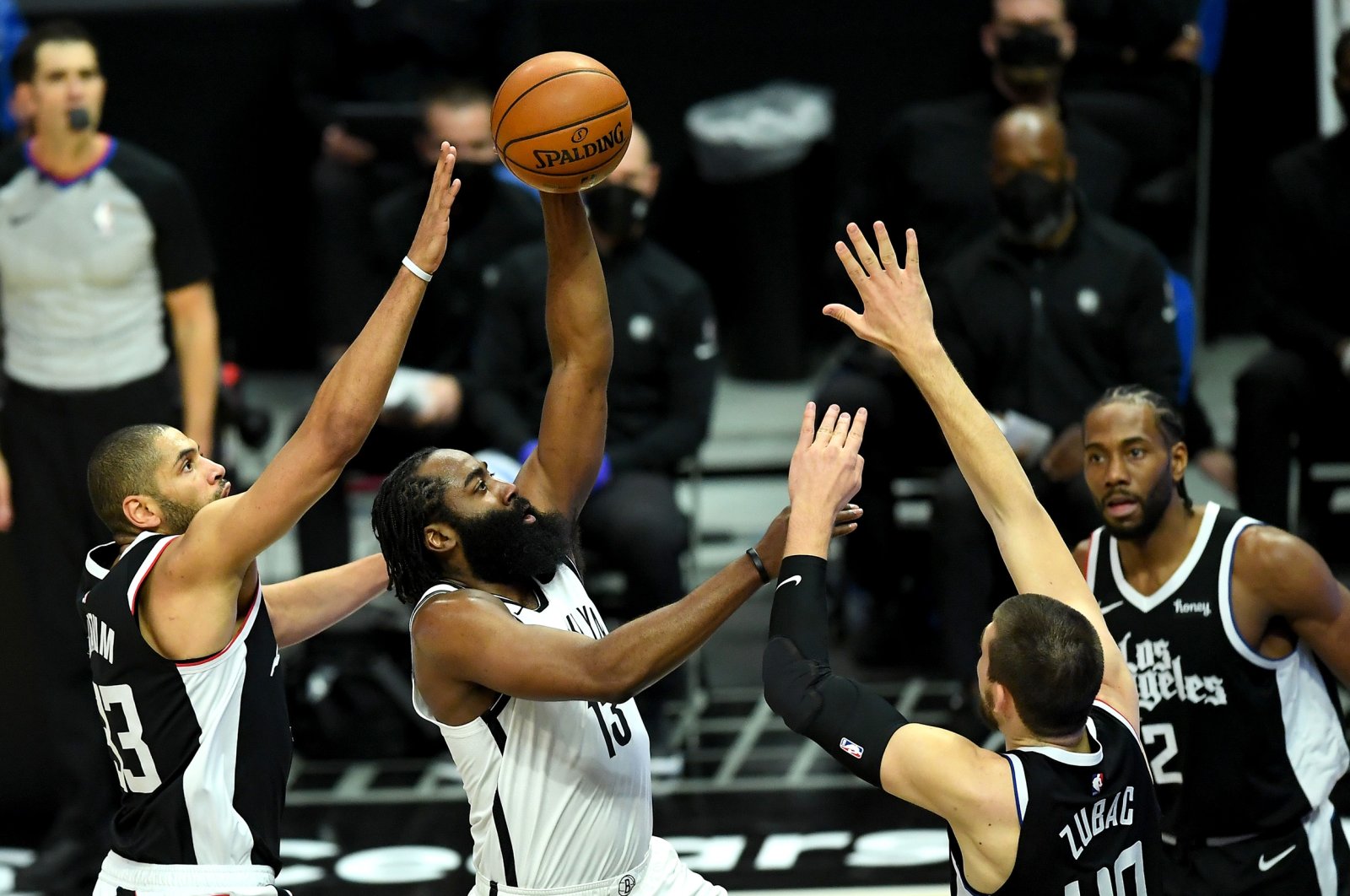 James Harden finished with 37 points and 11 rebounds as the Brooklyn Nets improved to 7-0 against Pacific Division teams this season with a 112-108 victory over the Los Angeles Clippers on Sunday.

The Nets went a perfect 5-0 on their western swing road trip and extended their win streak to a season-high six games.

"We just kept our composure," he said. "Down the stretch, we wanted to get a good shot every single time and we came out with the win.

"We are a very confident team that continues to grow."

Kyrie Irving scored 28 points with eight assists while Joe Harris, DeAndre Jordan and Bruce Brown scored 13 each for the Nets.

The Nets also lost forward Jeff Green with an apparent shoulder injury after a collision with Clippers guard Patrick Beverley with just under three minutes left.

Kawhi Leonard tallied 29 points and 13 rebounds, while Ivica Zubac finished with 13 points and eight rebounds in the loss.

Paul George had 34 points and seven rebounds but sat out the game's crucial moments down the stretch because Los Angeles wanted to limit his minutes in the game.

"We had to bring him back to get the game close," said Clippers coach Tyronn Lue. "The biggest thing is he is healthy."

Elsewhere, Brandon Ingram scored 33 points as the New Orleans Pelicans engineered their largest comeback in team history Sunday by overcoming a 24-point deficit to beat the Boston Celtics 120-115 in overtime.

Ingram hit the go-ahead 3-pointer with 34 seconds remaining in the overtime.

Jayson Tatum scored 32, Jaylen Brown had 25, and Tristan Thompson and Kemba Walker added 14 each to lead the Celtics.

After an exchange of baskets to start the overtime scoring, Williamson made one of two free throws.

Walker missed a 3-pointer, and Hart hit two free throws for a five-point lead with 18 seconds left as New Orleans closed it out.

Lonzo Ball made one of two free throws at the end of the fourth quarter to give the Pelicans a one-point lead with 32 seconds left in regulation.

Williamson then executed a 3-point play to give the Pelicans a 108-106 lead with six seconds left. Tatum scored on a short shot with 0.2 left to send the game into the extra session.

Also, Fred VanVleet scored 23 points and had nine assists as the Toronto Raptors defeated the visiting Philadelphia 76ers 110-103 in Florida.

Pascal Siakam scored 23 points and had seven rebounds and eight assists for the Raptors.