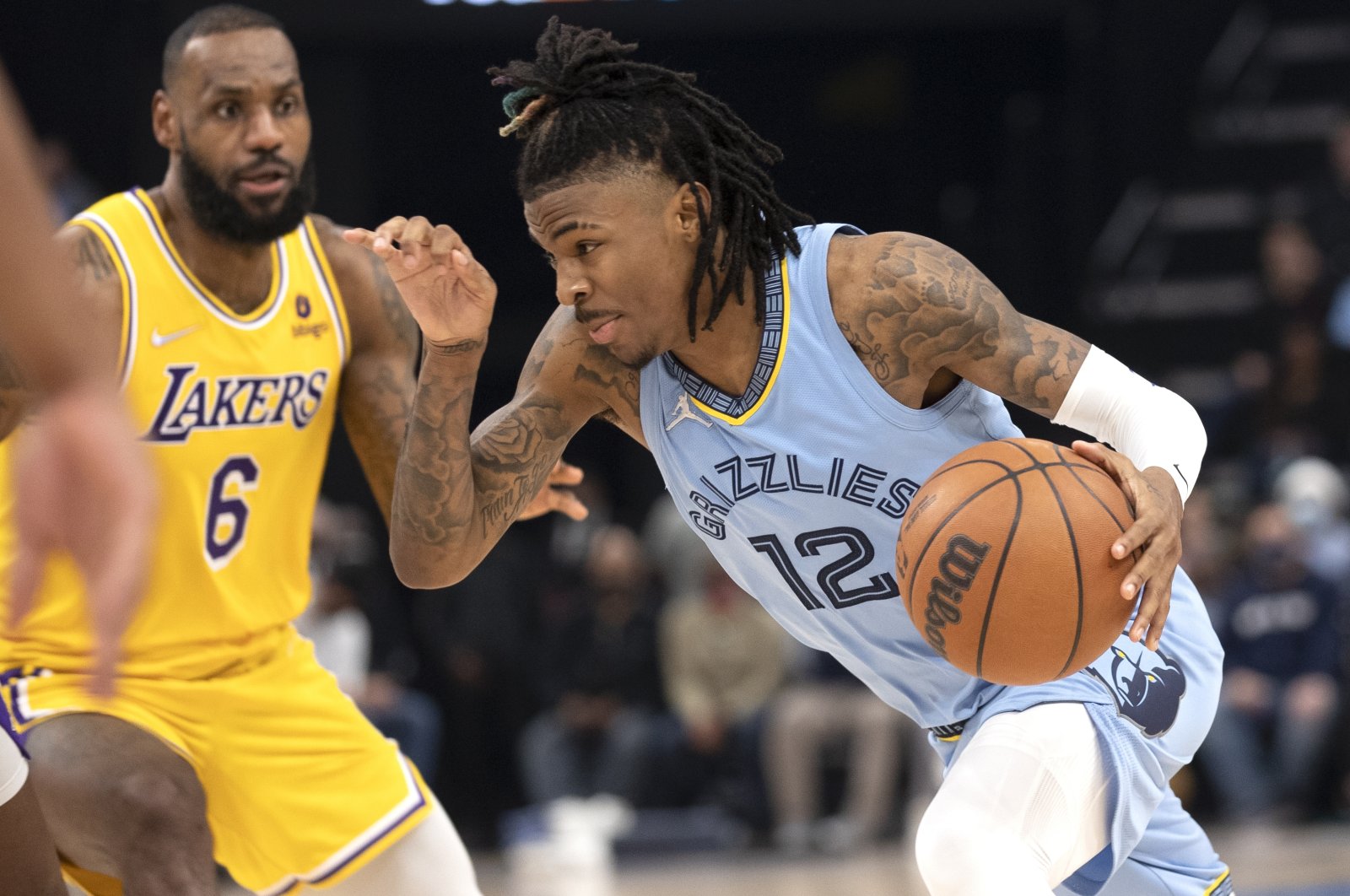 Memphis Grizzlies picked up their third straight NBA victory on Wednesday after Ja Morant sunk 41 points to help his side to a 104-99 come-from-behind win the Los Angeles Lakers.

Morant, whose last-second basket lifted the Grizzlies to a 114-113 win over the Phoenix Suns on Monday, scored a career-high six 3-pointers.

He spearheaded the Grizzlies' comeback from a 14-point third-quarter deficit, delivering 25 points in the second half as Memphis consolidated their fourth-place position in the Western Conference.

The Phoenix Suns, meanwhile, tied the Golden State Warriors atop the West with a 115-97 victory over the Oklahoma City Thunder.

The Lakers were ultimately undone by 18 turnovers in an often sloppy performance that wasted a stellar 37-point effort from James.

James, on the eve of his 37th birthday, tied a career-high with eight 3-pointers and pulled down 13 rebounds.

Along with James's 14th game this season of 30 or more points, Russell Westbrook added a triple-double with 16 points, 10 rebounds and 12 assists.

But when the Grizzlies offense warmed up in the second half the Lakers couldn't respond and lost for the sixth time in seven games just a day after ending a five-game skid.

"I was taking what the defense gave me and it turned out good for us," Morant said. "That's normally how I attack every game. Tonight was just my night."

It was 22-year-old Morant's second big game against the Lakers this season after he scored 40 points against them in October.

"The guy is a true superstar," said Lakers coach David Fizdale, who is standing in as head coach with Frank Vogel sidelined by COVID-19.

The Lakers had a chance to tie it up in the waning seconds but couldn't get a shot off.

"Ja was spectacular once again versus us," James said. "And we just lost a game we could have won.

"We've got to cut down the careless turnovers, where literally you just turn the ball over and there's no pressure, no reason for it – those are the ones that get us in trouble."

In Phoenix, Devin Booker scored 38 points for the Suns, who snapped a two-game losing streak and match the Golden State Warriors for the best record in the league at 27-7.

Booker, 25, became the seventh-youngest NBA player to reach 10,000 career points as the Suns bounced back from losses to the Warriors and Grizzlies.

JaVale McGee and Cameron Payne scored 16 points each for the Suns.

Ty Jerome scored 24 points to lead the Thunder, who have had five players sidelined by COVID-19 since they fell to the Suns in Phoenix last Thursday.

Elsewhere, Chimezie Metu drained a buzzer-beating 3-pointer to lift the Sacramento Kings to a 95-94 victory over the Dallas Mavericks.

Zach LaVine scored 25 points for Chicago as the Bulls beat the short-handed Atlanta Hawks for the second time in three days, 131-117.

The Bulls pushed their winning streak to five games against a Hawks team that was without 15 players due to COVID-19 health and safety protocols and injuries.

The Los Angeles Clippers beat the Celtics 91-82 in Boston, where Eric Bledsoe scored 10 of his 17 points in the fourth quarter to help the visitors get over the line.

Marcus Morris led Los Angeles with 23 points and 10 rebounds, and Terance Mann and Luke Kennard scored 17 points apiece for the Clippers, who snapped a two-game skid.

Jaylen Brown scored 30 points for Boston but had zero assists.

Alec Burks scored 34 points to lead the New York Knicks to a 94-85 victory over the Detroit Pistons, who due to COVID-19 and injuries had just four players from their usual 15-man roster available, making up the difference with eight short-term replacements.

The Miami Heat couldn't even manage that. Their game against the Spurs in San Antonio was postponed when Miami, hit by COVID-19 and injuries, couldn't field the requisite eight players.