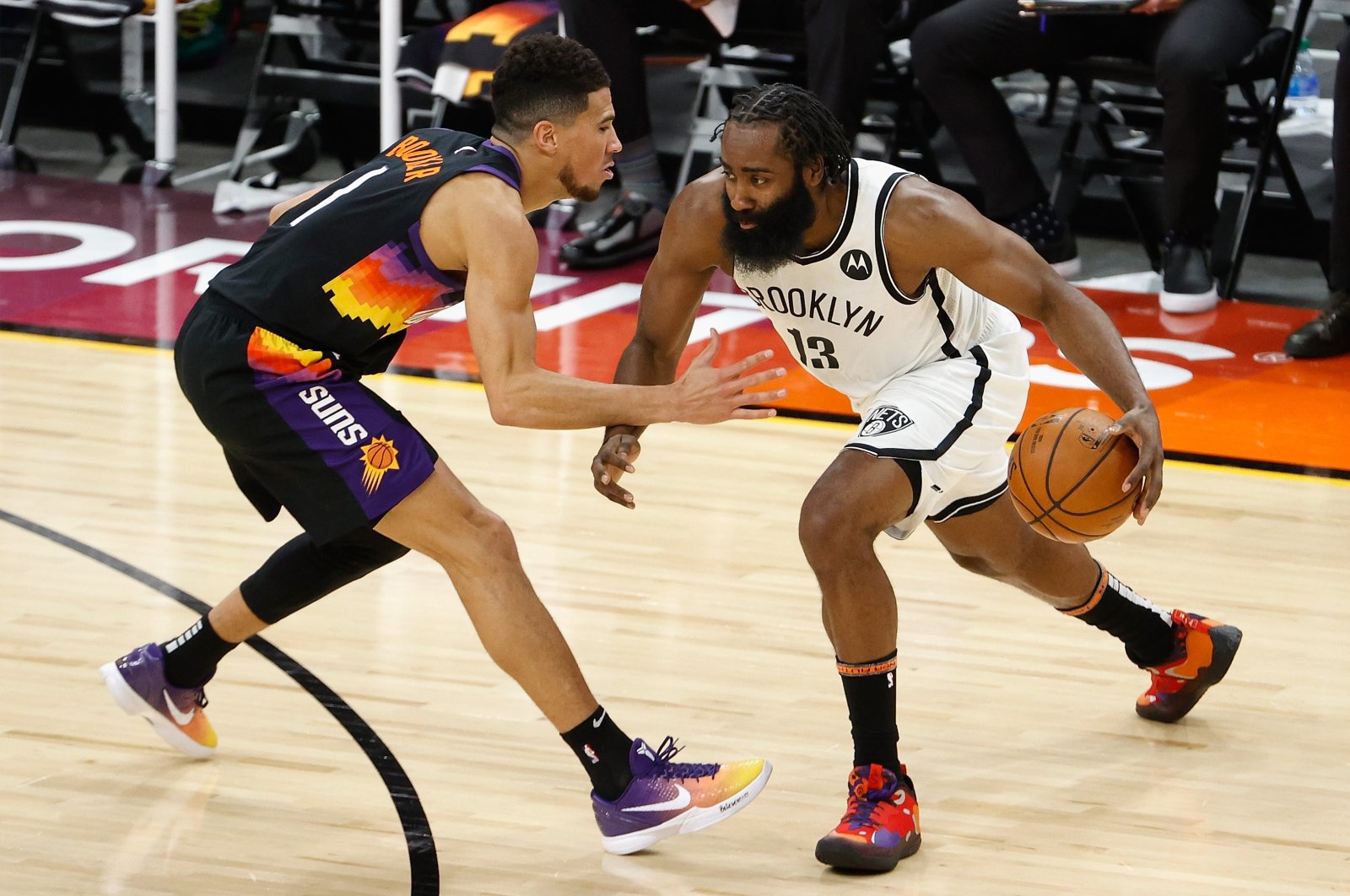 James Harden amassed 38 points and 11 assists and Joe Harris added 22 points as the short-handed Brooklyn Nets rallied from a 24-point deficit to earn a 128-124 road victory over the Phoenix Suns on Tuesday.

The 21-point, second-half comeback was the largest for the Nets since they joined the NBA in the 1976-1977 season.

Jeff Green scored 18 points off the bench for Brooklyn and Tyler Johnson added 17 in his first start of the season. The Nets, who were playing without Kyrie Irving (back) and Kevin Durant (hamstring), won their fourth straight game.

Chris Paul scored 17 of his 29 points in the fourth quarter and Devin Booker added 22 points and seven assists as the Suns saw their season-best winning streak end at six games. Phoenix led the entire game until the Nets took their first lead on a Harden 3-pointer with 31.4 seconds remaining.

Kemba Walker added 17 points for the Celtics, who had lost four of their previous five.

Jokic finished with 43 points, Jamal Murray had 25 – but committed nine turnovers – and Facundo Campazzo added 15 points in his first start for short-handed Denver.

The Nuggets played without five rotation players, three of them starters. In addition to Gary Harris, P.J. Dozier and Will Barton, who all missed Sunday's win over the Los Angeles Lakers, Paul Millsap (left knee sprain) and Monte Morris (right shoulder strain) were sidelined.

The Lakers, one of the NBA's best road teams this season, won for the 13th time in 16 games away from L.A. and prevailed for the eighth time in their past nine games overall. They played without Davis, who is expected to miss multiple weeks after straining his right Achilles tendon Sunday at Denver.

Josh Hart came off the bench to score a season-high 27 and Willy Hernangomez added 14 off the bench as the Pelicans' reserves outscored the Grizzlies' bench 63-30. Brandon Ingram scored 22 and Lonzo Ball had 13 as New Orleans posted a season-high in points.

Ja Morant scored 28, Kyle Anderson had 19, Dillon Brooks added 18 and Jonas Valanciunas had 10 for the Grizzlies, who have dropped five straight against the Pelicans.

Fred VanVleet scored 33 points and added seven assists and visiting Toronto defeated Milwaukee 124-113 in the opener of a two-game set.

The Blazers had let a 24-point, third-quarter lead slip away, trailing by five when Lillard hit the first of those 3-pointers with 4:11 left to kickstart the decisive surge. Gary Trent Jr. added 19 points for Portland and Enes Kanter had a game-high 21 rebounds.

Luguentz Dort led the Thunder with 23 points while Hamidou Diallo added 17 points off the bench.