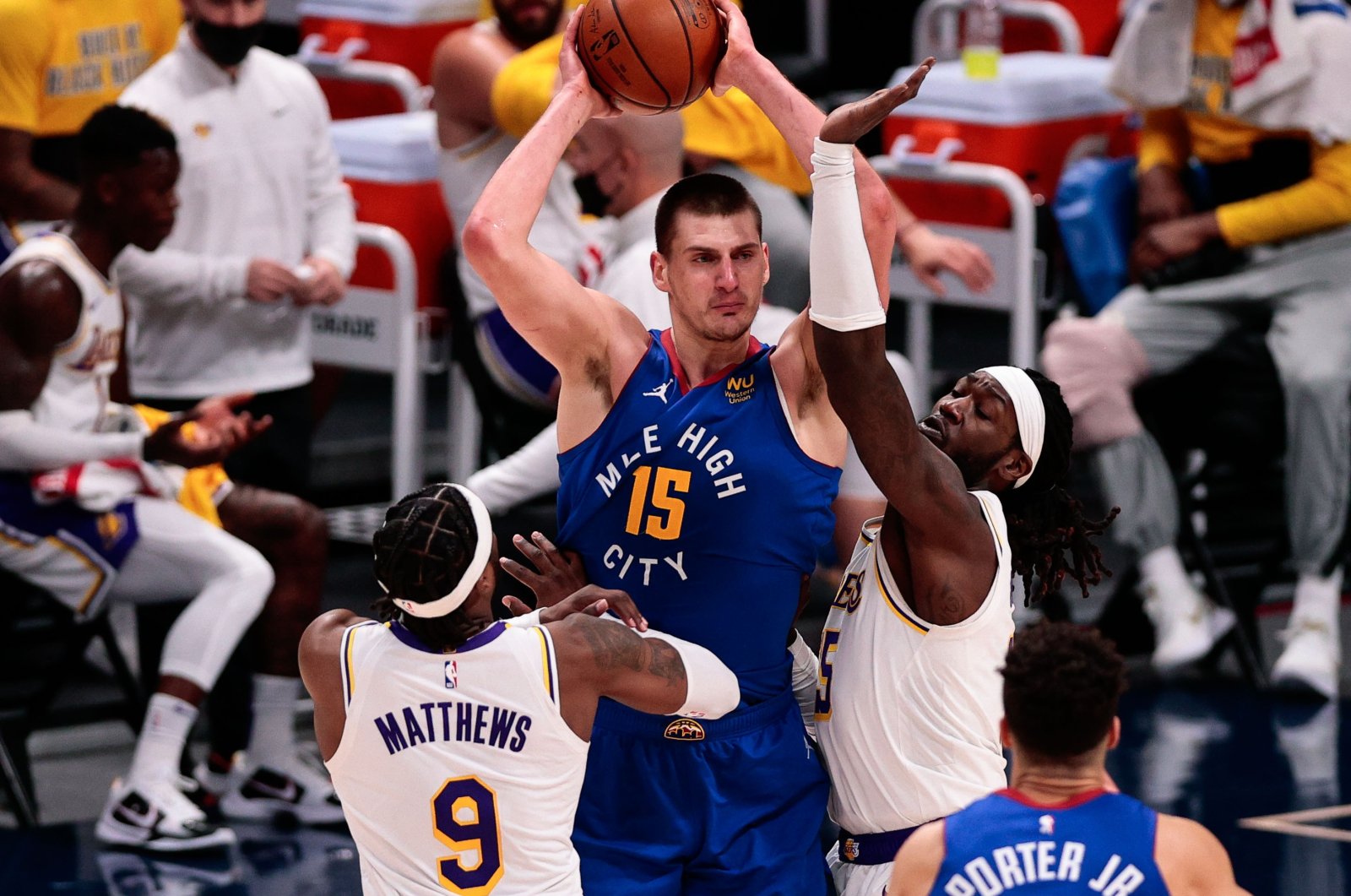 Zeke Nnaji had 16 points, Facundo Campazzo scored 15 and Monte Morris and Paul Millsap had 10 each for the Nuggets.

LeBron James had 22 points, 10 rebounds and nine assists for Los Angeles, which lost forward Anthony Davis when he aggravated a right Achilles injury. Davis left with 2:39 left in the second quarter after he bumped legs with Jokic. He left with tendinosis of the right Achilles, and ESPN reported he will have an MRI done Monday.

Oklahoma City Thunder was helped by Justin Jackson had a season-high 22 points as they beat Milwaukee Bucks 114-109.

Jackson hit all four of his 3-point attempts, helping Oklahoma City snap a three-game losing streak. Darius Bazley assisted on the final Jackson 3-pointer for the 32nd assist by the Thunder. Al Horford scored 20 points and led the Thunder with nine assists.

Bradley Beal poured in a game-high 35 points and Washington held Jayson Tatum to a season-low six points in an easy 104-91 win over visiting Boston.

Russell Westbrook chipped in with 13 points and a game-high 11 assists, missing a triple-double by one rebound, as the Wizards ended a two-game losing streak that had opened a five-game homestand.

Kemba Walker and Jaylen Brown recorded 25 points apiece for the Celtics, who lost for the fourth time in their past five games. Tatum shot just 3-for-14 overall and 0-for-2 on 3-pointers in 23 minutes en route to his lowest point total since last July 31.

Meanwhile, Phoenix Suns beat Orlando Magic 109-90 as Devin Booker followed up on a 36-point performance Saturday with a game-high 27-points one day later.

Mikal Bridges chipped in with 21 points while Deandre Ayton put up a 10-point, 13-rebound double-double in his head-to-head matchup with Nikola Vucevic as the Suns won their sixth straight.

Vucevic had 14 points and 10 rebounds for the Magic, who were coming off a hard-fought split at Golden State and Sacramento on Thursday and Friday, respectively, despite suiting up no more than 10 players in either.

Dejounte Murray scored 26 points and collected 12 rebounds and was at his best in the pivotal fourth quarter to help lead visiting San Antonio Spurs to a 122-110 win over Charlotte Hornets.

Derrick White posted a season-high 25 points for the Spurs, who have won five of their past six games, including the first two on their seven-game annual Rodeo Road Trip. Keldon Johnson added 18 points for San Antonio.

The Hornets' Terry Rozier led all scorers with 33 points. Malik Monk poured in 23 off the bench while LaMelo Ball added 17 points, 12 rebounds and eight assists. Rozier, who had 41 points in the Hornets' win over Minnesota on Friday, has averaged 36.0 points over his past three games.

Elsewhere, Lou Williams had season highs with 30 points and 10 assists, and short-handed Los Angeles won its third consecutive contest in a 128-111 win over Cleveland Cavaliers.

Collin Sexton scored 22 points and Darius Garland and Cedi Osman each scored 20 for the Cavaliers, who lost their seventh in a row. Jarrett Allen collected 15 points and 10 rebounds.

Dillon Brooks scored 22 points and Kyle Anderson added 17 to go with a season-best four steals as the Grizzlies won for just the second time in the past seven games. Ja Morant contributed 16 points and 10 assists.

De'Aaron Fox recorded 23 points and nine assists for the Kings after missing one game due to a knee injury. Tyrese Haliburton scored 22 points, Cory Joseph matched his season-best of 16 points and Richaun Holmes had 13 for Sacramento, which lost its third consecutive game.