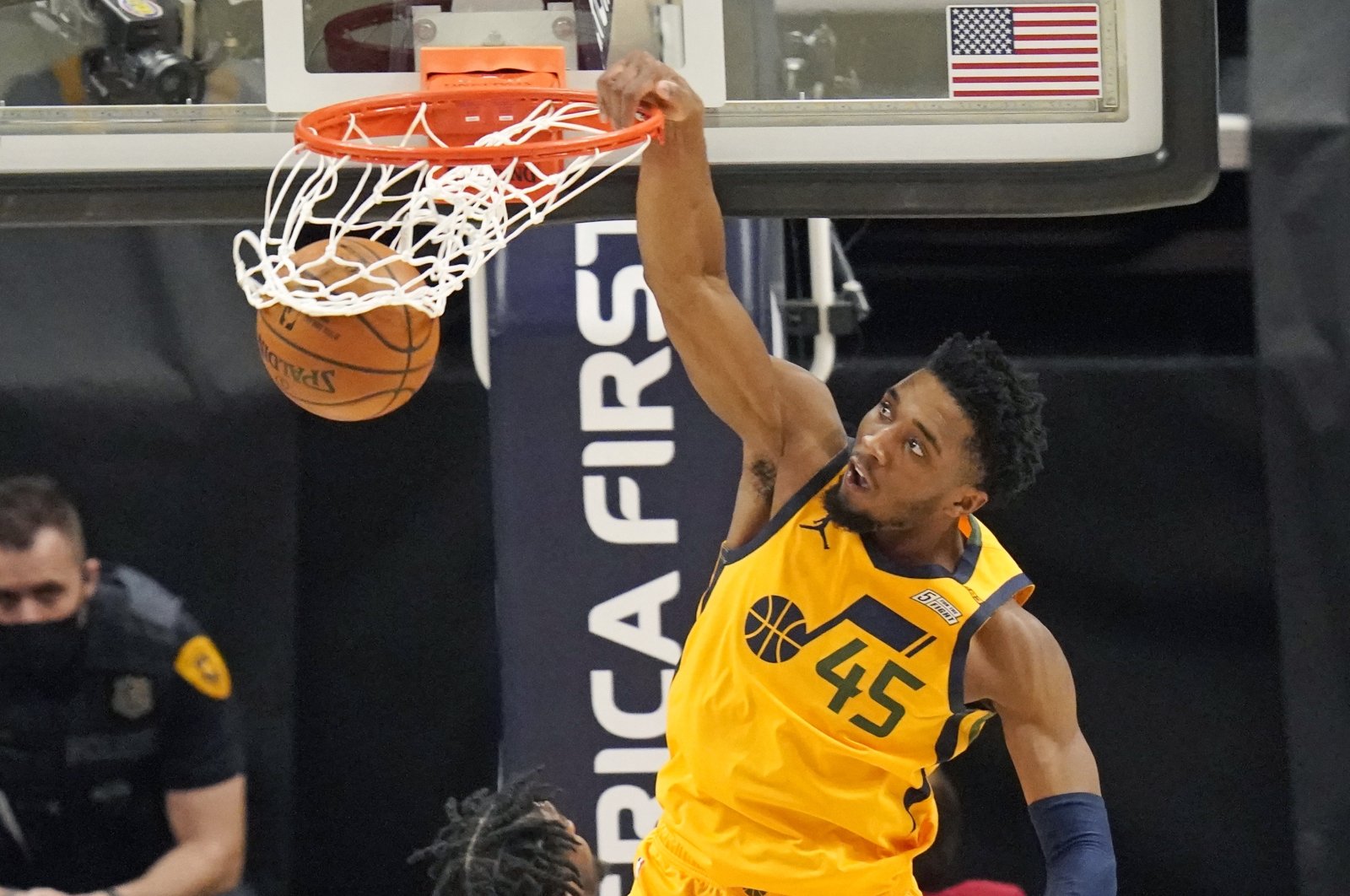 Donovan Mitchell had 23 points and eight assists as the NBA-leading Utah Jazz rained a franchise-record 28 3-pointers in a 132-110 rout of the Charlotte Hornets on Monday.

Joe Ingles and Georges Niang scored 21 points apiece as the Jazz got a superb offensive performance from their bench to win for the 21st time in their last 23 games and improve to 25-6 overall.

Gordon Hayward scored 21 points but had to leave the game in the fourth quarter with a hand injury as the Hornets' six-game road trip got off to a rocky start.

Rookie LaMelo Ball also scored 21 points as the Hornets kept it close until the fourth quarter when the Jazz seized command.

In Texas, Tim Hardaway scored a team-high 29 points as the Dallas Mavericks delivered one of their best defensive games of the season, by limiting the Memphis Grizzlies to just 39% shooting on Monday.

Luka Doncic scored 21 points and Jalen Brunson chipped in 19 as the Mavericks returned from an unexpected eight-day break to post a 103-92 victory at the American Airlines Center.

The Mavericks had not played since Feb. 14 after a devastating winter storm wreaked havoc on the Dallas area and forced two postponements.

Brunson scored 17 points as Dallas won its fifth game in the last six.

The Mavs came out quickly, compiling a double-digit lead in the first half of the opening quarter, and cruised from there.

Ja Morant had 22 points and a game-high nine assists for the Grizzlies, who suffered their second straight loss and were held to their second-lowest season point total. The Grizzlies scored just two more points than they scored in a loss to Cleveland last month.

Elsewhere, Devin Booker scored 34 points as the Phoenix Suns posted their 12th win in the last 14 games by rolling to a 132-100 victory over the visiting Portland Trail Blazers.

Deandre Ayton added 19 points as the Suns dominated to open the second half by outscoring the Trail Blazers 37-17 in the third quarter.

Lillard's 24 points came on the same day he created a stir by calling out the Minnesota Timberwolves management for hiring Chris Finch as their new head coach instead of former Portland assistant David Vanterpool.

LeBron James carried Los Angeles offensively, scoring a team-high 31 points but the Lakers missed two chances to force double overtime and instead lost their third in a row.

It does not get any easier for the Lakers, who are playing without the injured Anthony Davis, as their next game is Wednesday against the Jazz.