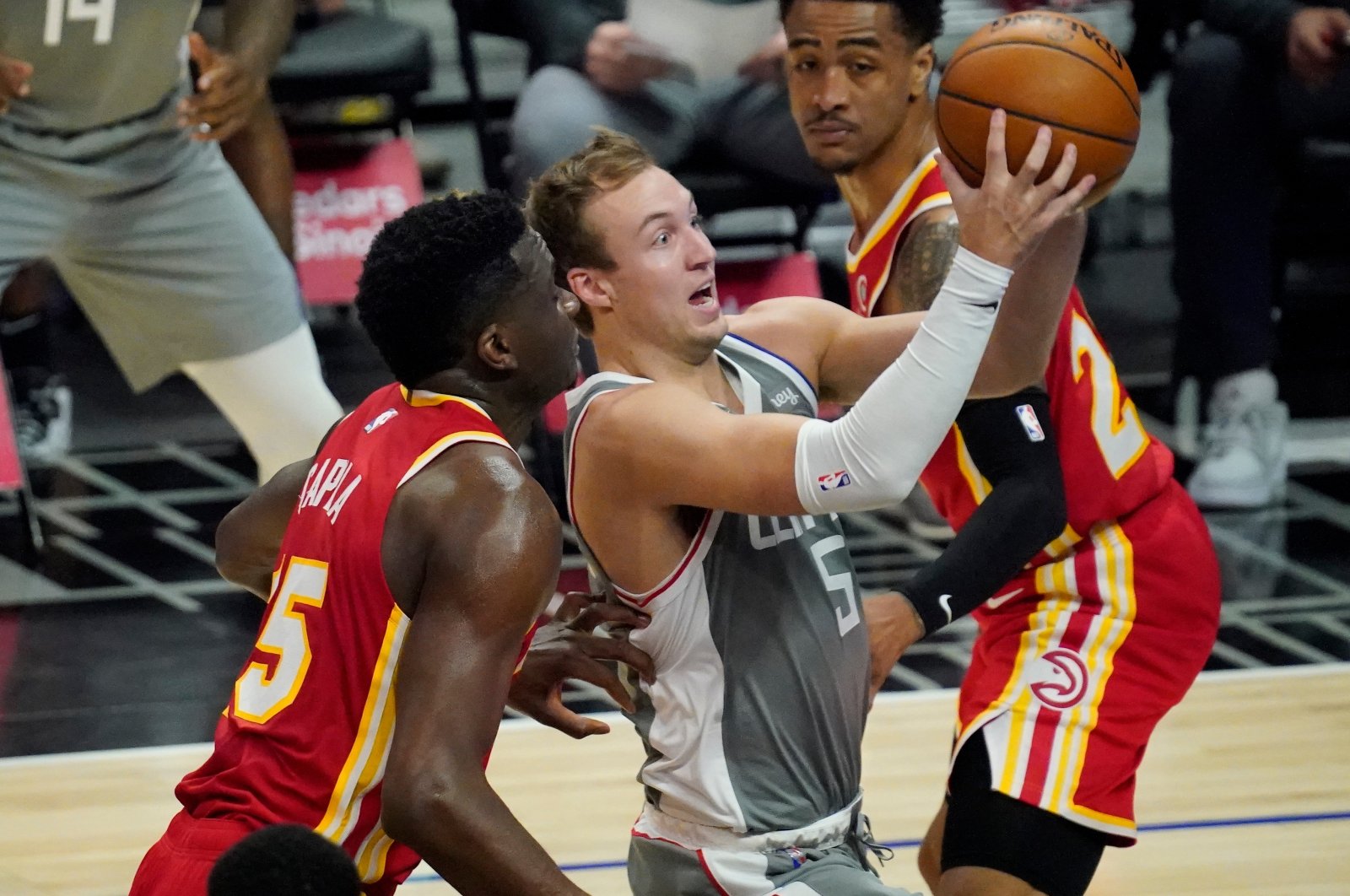 Kennard went eight-from-eight and made four 3-pointers to take the Clippers – who had trailed 88-66 with four minutes remaining in the third quarter – to a 119-110 win at the Staples Center.

Kennard's 20-point haul came from just over 18 second-half minutes as coach Ty Lue sent on the bench in a desperate bid to turn the tide with Atlanta romping towards a blowout victory.

Mann was another vital contributor from the bench, hauling down 10 rebounds in addition to his 21 points.

"It's heart – that was all heart," Kennard said afterward. "Just staying ready. Guys have been staying ready throughout this entire year. We just needed to bring a little boost to the floor, a little energy, and that's what we did.

"That was a hard-fought win. We showed a lot of heart and guts."

Atlanta, chasing a ninth straight win, had exploded for 34 points in the second quarter to open up a 63-48 lead at half-time.

They retained that healthy lead until the arrival of the Clippers bench swung momentum in the closing stages of the third period and final quarter, with the home side ending on a 53-22 run.

Elsewhere Monday, Donovan Mitchell scored 30 points and Rudy Gobert grabbed a sixth consecutive double-double as the Utah Jazz tightened their grip on the Western Conference standings with a 120-95 road win over the Chicago Bulls.

Mitchell laid on an exhibition of long-range shooting with five 3-pointers from eight attempts in a comfortable victory for Utah, who improved to 31-11 with the win.

French international Gobert meanwhile added 21 points for the visitors while hauling down 10 rebounds and a career-high nine blocks in a dominant Utah defensive display.

Chicago led by five points early in the first quarter, but when Mitchell and the Utah offense clicked, the home side were unable to respond.

Mitchell finished the first half with 21 points from seven-of-12 field goals as the Jazz swept into a 56-42 lead.

Utah kept up the scoring momentum after the interval, with in-form Australian Joe Ingles adding 17 from the bench while Jordan Clarkson (16) and Mike Conley (15) also cracked double figures.

Zach LaVine led the Chicago scoring with 27 points while Thaddeus Young added 14 for the Bulls, who fell to 19-23 with the loss.

In Milwaukee, the Bucks shrugged off the injury absence of Giannis Antetokounmpo to extend their winning streak to seven games with a 140-115 blowout over the Indiana Pacers.

Point guard Jrue Holiday finished with 28 points and 14 assists as the Bucks shared the offensive duties around with NBA Most Valuable Player Antetokounmpo ruled out with a knee injury.

There was a collective sigh of relief at the Toyota Center in Houston as the Rockets finally halted a 20-game losing streak with a 117-99 win over the Toronto Raptors.

Jae'Sean Tate's 22 points and 20 points from Sterling Brown handed the Rockets their first victory since Feb. 4.

Rockets coach Stephen Silas, who had been rendered speechless at a press conference on Sunday following his team's 20th straight defeat, could not hide his delight.

"It's indescribable," he told reporters. "I'm just so proud of the guys. When you're fighting so hard and seeing the disappointment in the players' faces when you go through loss after loss after loss.

"To go in the locker room after the game and see everybody's faces so happy and joyous ... it's super cool, great. I'm just so happy for those guys."