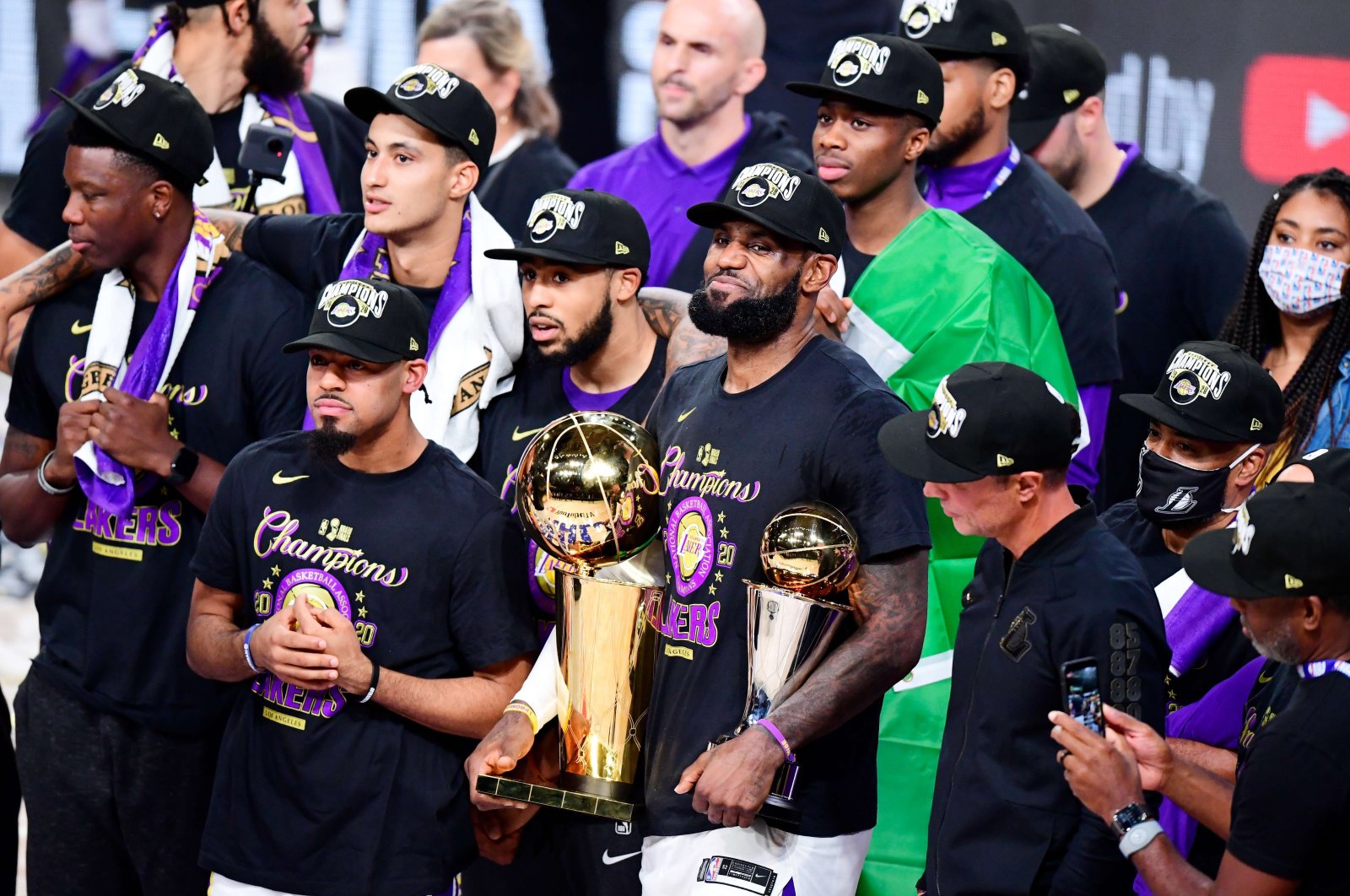 The Los Angeles Lakers captured a record-tying 17th NBA Championship Sunday with a 106-93 victory over the Miami Heat that sealed the best-of-seven title series 4-2, restoring the storied franchise to the top of the basketball world.

NBA superstar LeBron James added another chapter to an epic career, delivering 28 points, 14 rebounds and 10 assists, as he captured his fourth title with a third team.

He earned NBA Finals Most Valuable Player honors for a fourth time and said the accomplishment had a special flavor with the Lakers.

James said the magnitude of what he was trying to accomplish with the Lakers kept his mind focused on the NBA's quarantine bubble in Orlando, Florida.

"To be able to win with a historical franchise is something that, no matter if your mind wavers away, you can always remember what you're doing it for," said James, recalling that he told Lakers president Jeanie Buss when he arrived in Los Angeles in 2018 that he "wanted to put this franchise back where it belongs."

Anthony Davis, playing in his first title series after years of frustration in New Orleans, added 19 points and 15 rebounds as the Lakers completed a four-games-to-two triumph more than eight months after the helicopter crash that killed team legend Kobe Bryant, who had led the Lakers to their last title in 2010.

The series in the NBA's quarantine bubble in Orlando, Florida, capped not only an emotional season for the Lakers with the loss of talisman Bryant but a season of uncertainty and upheaval for the NBA as players grappled with the coronavirus pandemic and the demands for social and racial justice sweeping across the United States.

The Lakers out-hustled, out-muscled and out-played Miami, making sure it wouldn't come down to any last-gasp effort as it did when Los Angeles was denied in game five on Friday.

Los Angeles had blown Game 6 open by halftime, their 36 second-quarter points equaling the Heat's entire first half total as the Lakers took a 64-36 lead into the break with four players already scoring in double figures.

Rajon Rondo was a perfect six-for-six from the floor in the first half as the Lakers built the second-largest halftime lead in NBA Finals history.

Rondo, who won a title with the Celtics in 2008, scored 19 points off the bench. Kentavious Caldwell-Pope added 17, Danny Green scored 11 and the Lakers pulled level with the Boston Celtics for most titles all-time.

The Heat, who had stunned the Lakers on Friday on the back of Jimmy Butler's gritty triple-double, couldn't produce another miracle in the face of Los Angeles' stifling defense.

Bam Adebayo led the Heat with 25 points and 10 rebounds and Butler and Jae Crowder added 12 apiece, but Miami simply had no answer for the knockout blow Los Angeles delivered in the first half.

Davis 'over the hump'

James played his 260th playoff game – surpassing Derek Fisher for the most all-time.

He had signaled the Lakers' determination with nine first-quarter points.

The Lakers were devastating in transition, none more so than James, who went coast-to-coast for a basket at the rim with 6:21 left in the opening period that boosted the Lakers' lead to 18-3 and brought the bench to its feet.

Miami got an emotional lift with the return of high-scoring guard Goran Dragic with 1:09 remaining in the first quarter.

Dragic had been sidelined since suffering a torn plantar fascia in his left foot in game one, but he finished the night with just five points on two-of-eight shooting.

Butler connected on just one basket in the opening quarter. "Obviously nobody likes to lose," Butler said. "But I think we fought all year long, ups and downs, we stayed together – and I think that's what it's all about."

James said one of the great satisfactions of the victory was helping Davis gain a title.

"I know what it feels like to have seven years where you feel like you can't get over the hump," said James, who had his arms around Davis on the sideline as the final seconds ticked off the clock.

"To be able to get him and we push him and let him know how great he is ... that's what it's all about."