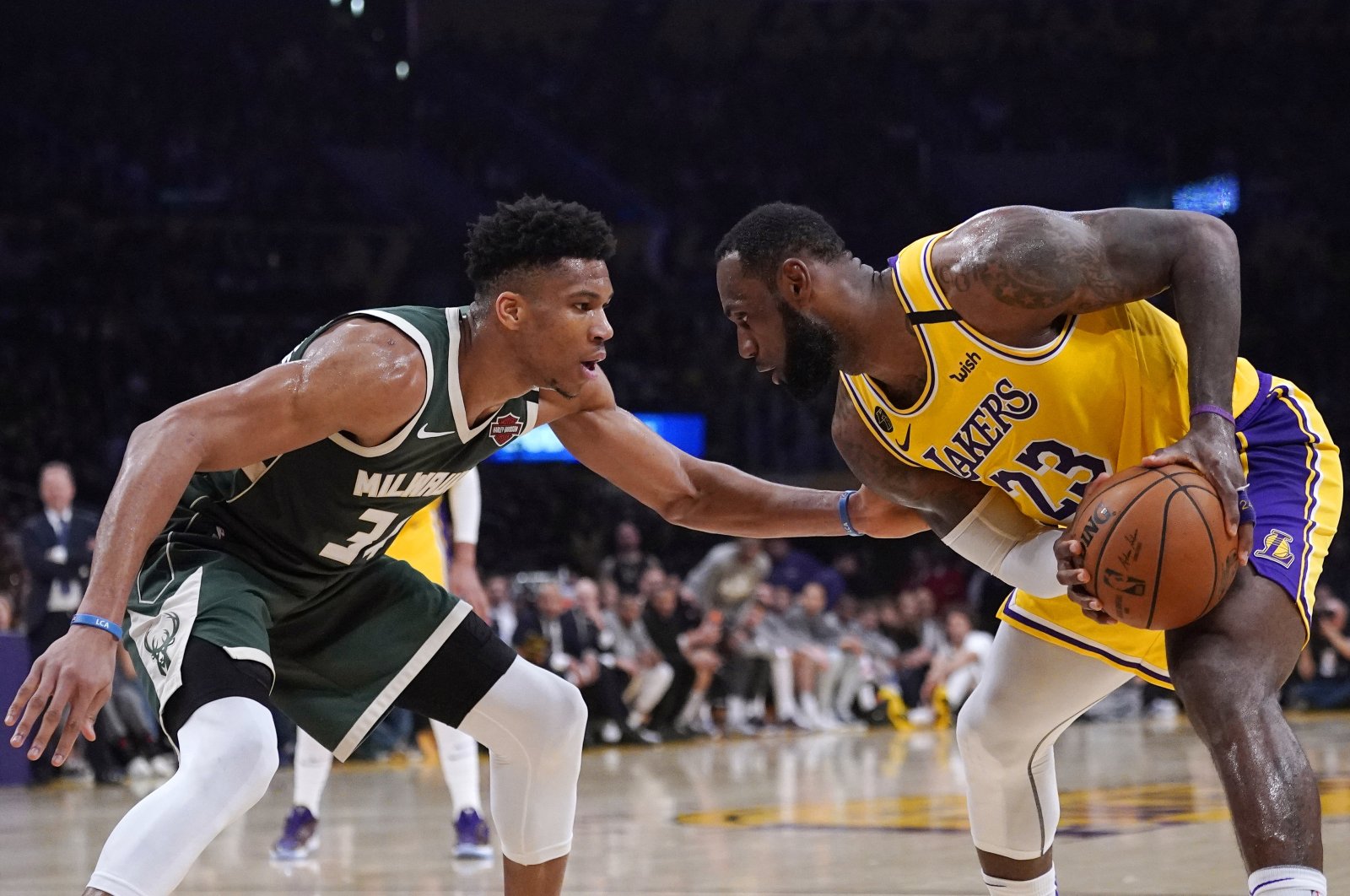 LeBron James has repeatedly insisted he doesn't care about winning another MVP award. He knows almost nobody outside the Los Angeles Lakers' locker room thinks he'll beat Giannis Antetokounmpo for the honor.

When the reigning MVP brought his Milwaukee Bucks to Staples Center on Friday night, James' brilliant performance still demonstrated the debate shouldn't be over just yet.

James had 37 points, eight rebounds and seven assists to win his showdown with his fellow All-Star Game captain, and the Lakers beat Milwaukee 113-103 in a clash of the NBA's conference leaders.

Anthony Davis scored 14 of his 30 points in the fourth quarter as the Lakers (48-13) split their season series with the league-leading Bucks (53-10). Los Angeles was carried to its 10th win in 11 games overall by James, who scored 14 points in the third quarter and then kept LA ahead down the stretch.

James also frequently guarded Antetokounmpo during the middle quarters with consistent success. James capped his night with a one-handed spinning dunk with 27 seconds left, sparking the last of many “M-V-P!” chants for him at Staples Center.

“We know who we are, and this is great competition,” James said. “To have the opportunity to compete at a high level, that's fun and exciting. But we know what we're capable of.”

The victory even had a symbolic meaning for James and the Lakers: They formally clinched their first playoff spot since 2013, ending the longest drought in franchise history.

“I came here to put this franchise back where it needed to be,” James said. “The league is not what it is if the Lakers are not winning.”

James has transformed himself into the NBA's assists leader this season to get the most out of Davis, but he did it without losing any of his own scoring acumen. The Lakers depend on his steady excellence on both ends, and he has rarely been better this season than he was against the Bucks.

“What was more impressive to me was his defense on Giannis,” Lakers coach Frank Vogel said. "For him to take on that assignment and still do what he did offensively, just an incredible performance.”

Antetokounmpo had 32 points and 11 rebounds for the Bucks, who have lost two of three games for the first time since October. Donte DiVincenzo scored 17 points for Milwaukee, which has still won seven of nine overall.

“We definitely did not play smart,” Antetokounmpo said. “We put them at the line so easily. We've just got to do better. Obviously we're going to learn a lot from this game.”

Antetokounmpo finished strong with a 12-point fourth quarter after two fairly quiet periods, but Milwaukee just couldn't catch up to the Lakers in the waning minutes of one of the NBA's marquee regular-season matchups.

“They were just better,” Milwaukee coach Mike Budenholzer said. “They're a very good team. They do a lot of things well. I think it's good for us, though. We'll learn from it, and we'll be better.”

Antetokounmpo appeared to be headed for another monster game when he scored 10 points in the first four minutes at Staples Center, but he managed only two more in the first half when Los Angeles tightened up its defense.

The Lakers made an 18-0 run in the third quarter to take their first significant lead at 68-55. James drove the surge with his scoring and playmaking, while James and Danny Green valiantly slowed the bigger Antetokounmpo on defense.