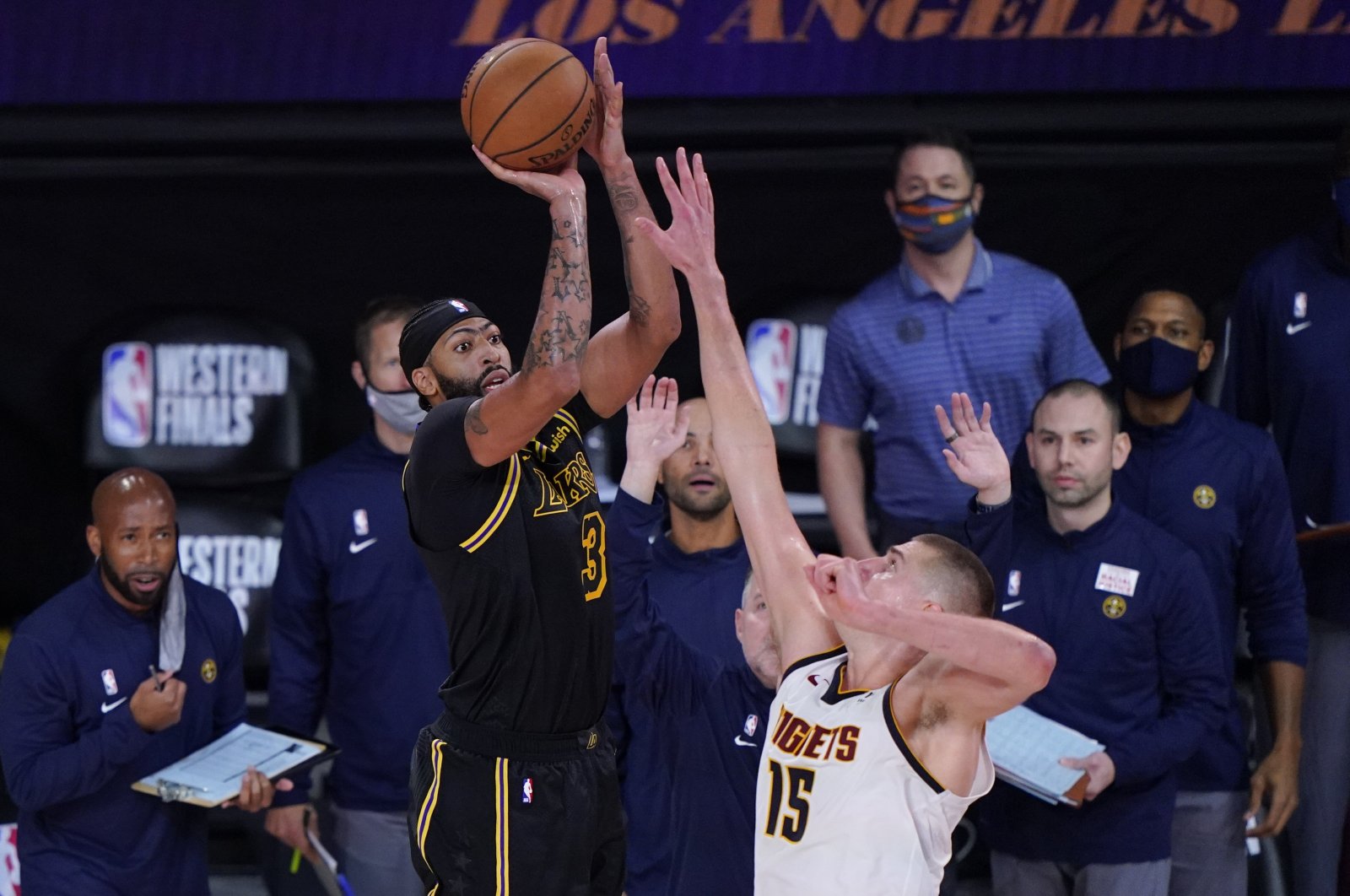 Anthony Davis drained a three-pointer as time expired to seal the Los Angeles Lakers' 105-103 victory over the Denver Nuggets Sunday for a 2-0 lead in the NBA Western Conference finals.

"People talk about (I've) never been in this moment before, pressure, am I ready for it," Davis said. "I want to take those shots."

Davis scored 31 points and pulled down nine rebounds, and LeBron James added 11 rebounds as the Lakers turned back the determined Nuggets – who had taken a 103-102 lead on Nikola Jokic's driving basket with 20.8 seconds remaining.

Jokic scored 11 straight points for the Nuggets down the stretch, finishing with 30 points, six rebounds and nine assists to lead Denver.

Jamal Murray added 25 points, and the Nuggets battled in a furious fourth quarter but finally came up short.

Davis and Jokic traded baskets down the stretch, Jokic tipping in a miss from teammate Murray to put the Nuggets up 101-100 with 31.8 seconds left, only for Davis to answer at the other end.

After Jokic scored to put the Nuggets ahead by one again, the Lakers' Alex Caruso missed a three-pointer, and Murray blocked a shot by Danny Green, giving the Lakers a chance to inbound the ball.

Rajon Rondo found Davis, and the All-Star forward drained the game-winner over Jokic.

The Lakers will try to take a 3-0 lead in the best-of-seven series on Tuesday in the NBA's quarantine bubble in Orlando, Florida.

But the rest of the Lakers warmed up and Los Angeles put together an 18-3 scoring run that included a galvanizing dunk from Caruso.

The Lakers pushed the lead to as many as 16 points in the second quarter, but the Nuggets never surrendered.

Murray scored nine of his 25 points in a Nuggets surge that spanned the third and fourth quarters.

His reverse layup gave Denver an 87-86 lead with 7:26 left in the fourth quarter – the Nuggets' first lead since the first quarter.

"We put the effort, we put the fight," Jokic said. "Maybe we lost the game, but I think we played well.

"Most of the game we were down, but we came back again, so we're going to keep our heads up and (go) on to the next one."

For Davis, the game-winner was a career moment for a player who sought a trade from the New Orleans Pelicans so he would have a chance to challenge for an NBA title.

"Special moment for a special player," James said. "It's not about making the shot, it's about having the belief of just taking it, and living with the result.

"You're not going to make them all. Tonight was his moment – Rondo was able to find him and he knocked it down – big-time play."

The only thing that might have made it better, both James and Davis said, was if the big shot had come at Staples Center before a packed house of Lakers fans instead of in the bubble where only some friends and family of players are in attendance.

"I wish we were playing at Staples," James said. "I miss our fans so much. I would have loved for him to have that moment."