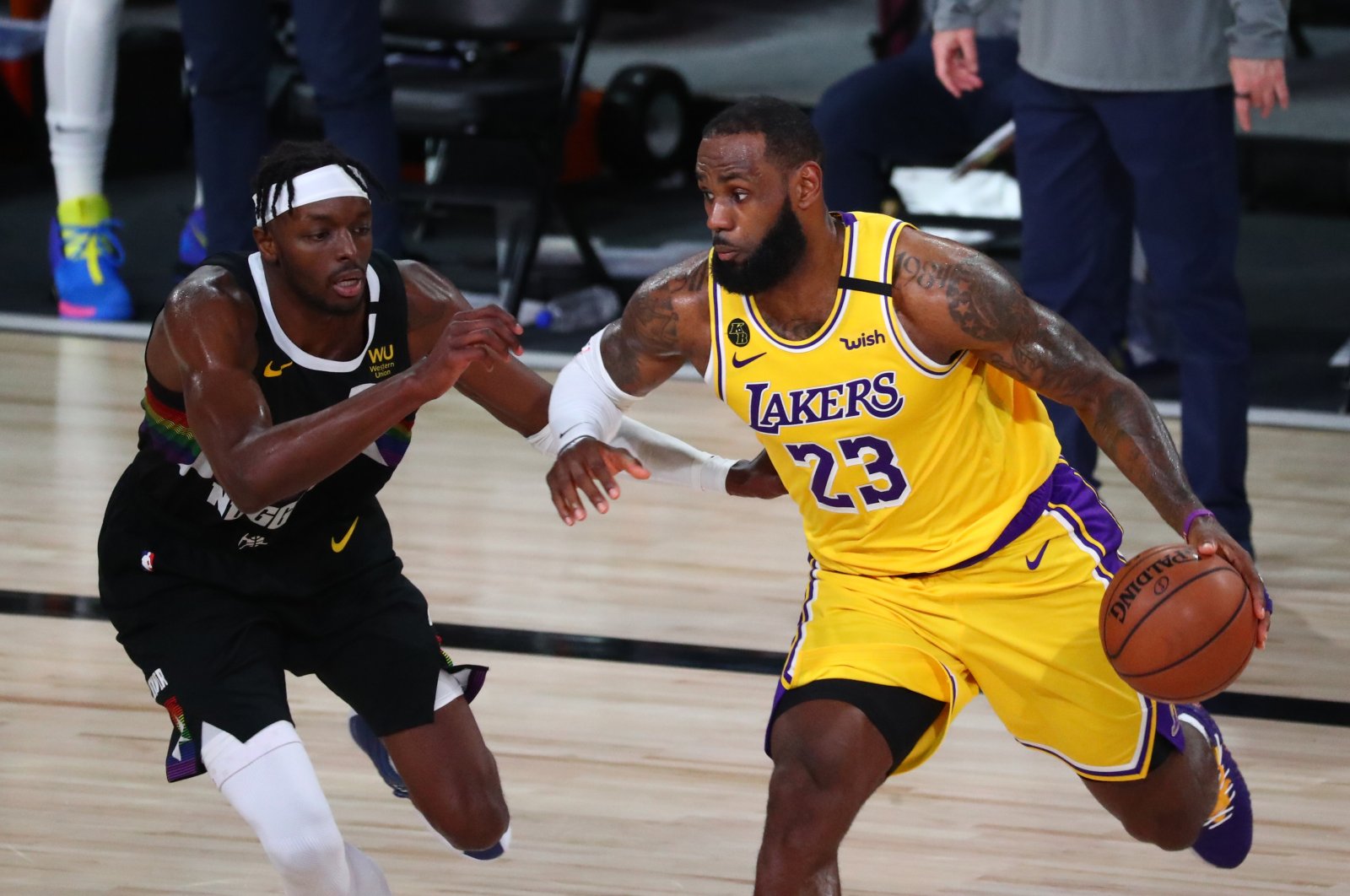 Anthony Davis and LeBron James combined for 60 points as the top-seeded Los Angeles Lakers seized control of their Western Conference finals series with a 114-108 victory over the Denver Nuggets on Thursday.

James finished with 26 points, nine rebounds and eight assists and Davis had 34 points as the Lakers held on to beat the Nuggets and take a 3-1 lead in the best-of-seven series in the NBA's quarantine bubble in Orlando, Florida.

Game five is Saturday in Orlando. The Lakers have wrapped up both their previous series in five games.

Canadian forward Jamal Murray led the Nuggets with 32 points and eight assists, while Jerami Grant finished with 17 for Denver.

Serbia's Nikola Jokic was held in check most of the game and finished with a disappointing 16 points. He missed all four of his field-goal attempts in the fourth.

James took it upon himself to guard Murray with the game on the line.

"He's one of the hottest guys in the bubble," said James. "He's very shifty to guard. I just use my length and athleticism, high hand him and meet him at the basket."

Denver has dug another big hole in these playoffs and if they are going to advance to the NBA finals they will have to come back from a 3-1 deficit for the third straight series.

Denver lost game four in each of their first two series against the Utah Jazz and the Los Angeles Clippers before making a pair of historic comebacks.

Kentavious Caldwell-Pope had 13 points and Rajon Rondo tallied 11 points for the Lakers, who bounced back from a loss in game three, in which they rebounded poorly, by outscoring the Nuggets 25-6 in second-chance points on Thursday.

"We knew coming in that we didn't rebound at all (in game three) and we just tried to change that," said James.

The Lakers took the lead 10-9 on a 17-foot basket by Davis with 8:16 left in the first quarter and headed the close contest the rest of the way.

Davis and James got the Lakers off to a strong start by combining for 14 points in the first quarter as the Lakers led by seven, 37-30, heading into the second.

James got the Lakers' final points of the first quarter with a dunk after Rondo stole the ball and ran all the way up the court before making a nifty back pass to James who slammed it home.

Lakers guard Rondo finished with seven assists to pass Scottie Pippen for eighth place on the all-time playoff list. He had eight assists in game three to surpass Kobe Bryant.

James, Davis and Dwight Howard were the only Lakers to have multiple baskets in the first quarter. Davis rolled his ankle in the second half but said afterward it was fine.

The Lakers stretched their lead to 12 points in the second quarter but the Nuggets, led by Murray, came storming back. They outscored the Lakers 25-23 in the second to cut the deficit to just five at the half, 60-55.

Murray led the Nuggets in the first half, scoring 16 points on seven of nine shooting from the floor.

The Lakers missed 10 of their last 12 shots before the half but they got some unexpected scoring from 34-year-old journeyman Howard who finished with 12 points and 11 rebounds, almost all of them coming in the first half.

Murray was outstanding making several falling, spinning and even one leaping left-handed basket. On the rare occasion he did miss, however, Murray didn't get a lot of support from his rebounders.

He made one of the most dynamic layups of the postseason when he went one-on-one with James in the first half and reached up while falling and, with a flick of the wrist, spun the ball off the backboard.

He made another basket halfway through the third to surpass 20 points in the game, making it the seventh straight he has reached at least that total.

The Lakers, however, started the fourth by going on a 6-0 run of their own.

The Nuggets managed to keep the score close until the end, but they missed their last five shots of the game as the Lakers played better down the stretch.