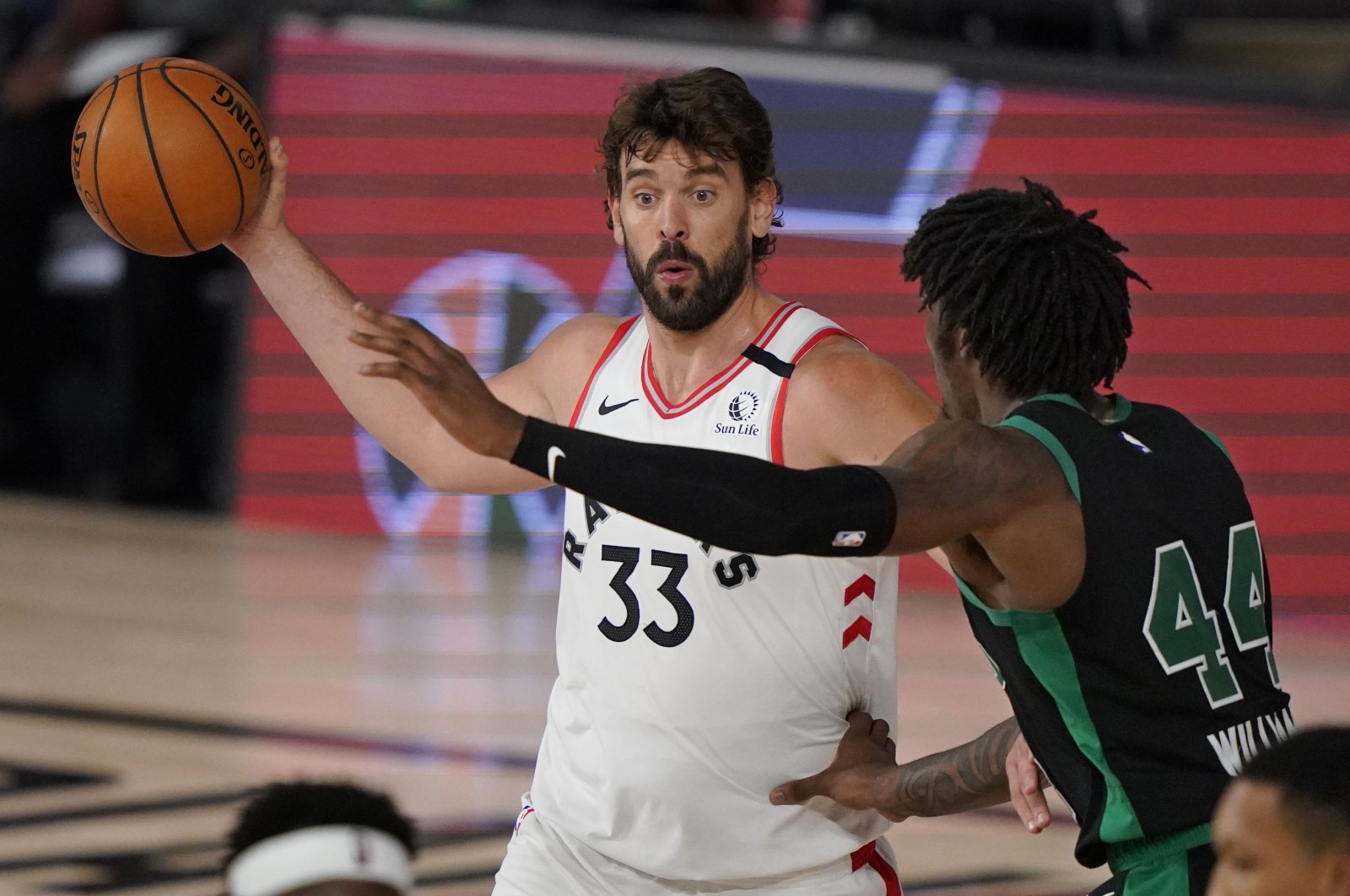 The NBA champions confirmed the latest step in their roster reconfiguration Tuesday by announcing the addition of the 35-year-old Gasol, who spent the last 1 1/2 seasons with the Toronto Raptors and won a championship ring in 2019.

The Lakers traded starting center JaVale McGee to Cleveland to make room under the salary cap to sign Gasol, who will be expected to provide his usual sturdy defense along with strong passing skills and three-point shooting.

Gasol struggled with injuries last season while scoring a career-low 7.5 points per game along with 6.3 rebounds and 3.3 assists. The Lakers still beat out several interested suitors for Gasol, whose NBA career is coming full circle as he joins the team that drafted him in 2007.

Gasol will suit up for the Lakers nearly 13 years after the franchise acquired his older brother, Pau, by trading Marc's draft rights to the Memphis Grizzlies in February 2008 while Marc was still playing professionally in Spain.

Pau Gasol won two championships, appeared in three NBA Finals and made three All-Star teams alongside Kobe Bryant during six successful seasons with the Lakers. Marc became a three-time All-Star and the NBA's 2013 Defensive Player of the Year during nearly 11 years with the Grizzlies, who traded him to Toronto in February 2019.

Pau Gasol, now 40, is a free agent after spending last season out of the NBA while recovering from foot surgery, but he hasn't retired. He lives in California with his wife and newborn daughter, and he posted a video of himself Tuesday on his Instagram account going through basketball workouts.

Marc Gasol and fellow newcomer Montrezl Harrell are likely to replace McGee and Dwight Howard as the big men in the Lakers' rotation. Anthony Davis, who is still technically a free agent, also is a standout at the center, but the Lakers prefer to keep him fresh for the postseason by using other big men to guard the low post.

Gasol's skill set should be a strong fit for the Lakers, who in the past week have added four talented NBA veterans – Gasol, Harrell, Dennis Schröder and Wesley Matthews – to play alongside LeBron James, Davis and their remaining core. Howard, McGee, Rajon Rondo, Danny Green and Avery Bradley are gone.