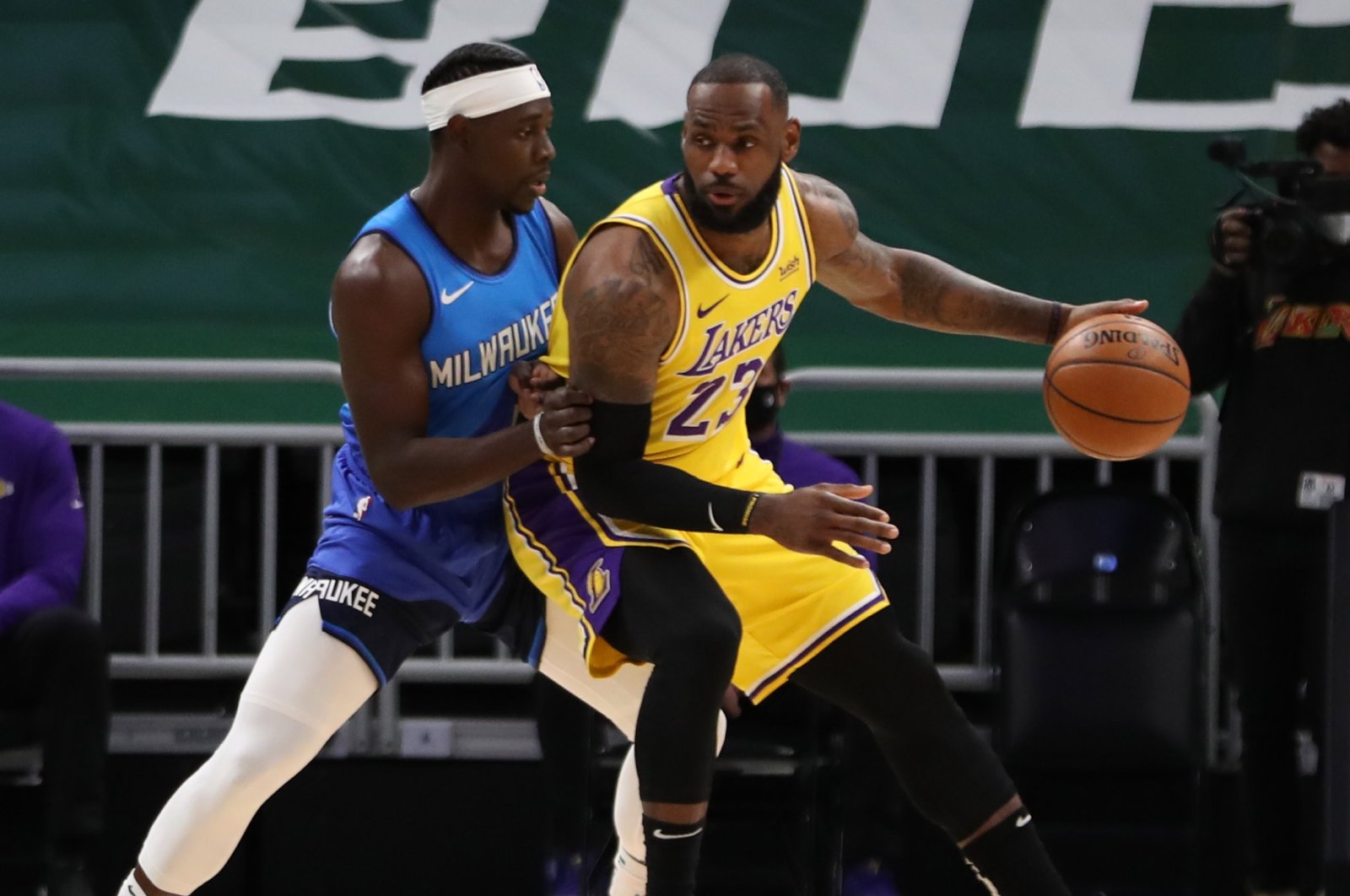 LeBron James scored a season-high 34 points to help the Los Angeles Lakers open a seven-game trip with a 113-106 victory over the Milwaukee Bucks Thursday night.

Los Angeles (12-4) bounced back after blowing a double-digit lead in the fourth quarter of a 115-113 loss to Golden State Monday night. The Bucks (9-6) dropped their second straight.

The Lakers shot 19 of 37 from 3-point range, with James going 6 of 10 and Kentavious Caldwell-Pope finishing 7 of 10. Caldwell-Pope scored 23 points.

This game pitted the reigning NBA champion Lakers against a Bucks team that has had the league’s best regular-season record each of the last two years.

It also featured the top two vote-getters in the 2019-20 MVP balloting. Antetokounmpo won the award for a second straight season. James, a four-time MVP, finished a distant second.

RJ Barrett had a career-high 28 points and New York matched its longest winning streak of the season at three games by beating Golden State.

Stephen Curry scored 30 points with five 3-pointers but shot just 9 of 19 as Golden State lacked the same energy it had in a lopsided win against the Spurs a night earlier. It certainly didn’t help that Draymond Green got ejected late in the first half on a disputed technical when he appeared to be yelling at a teammate.

Andrew Wiggins had 17 points and nine rebounds for the cold-shooting Warriors, who went 9 for 38 on 3-pointers.

Mitchell went 6 for 8 from 3-point range in another efficient performance. Utah shot 50% from the field after making 50.6% of its shots during a 118-102 victory over the Pelicans Tuesday night.

Mike Conley added 20 points and Jordan Clarkson had 19 for the Jazz, who have the longest active win streak in the NBA.

Zion Williamson scored 27 points and Brandon Ingram had 23 but the Pelicans couldn’t sustain their early momentum.