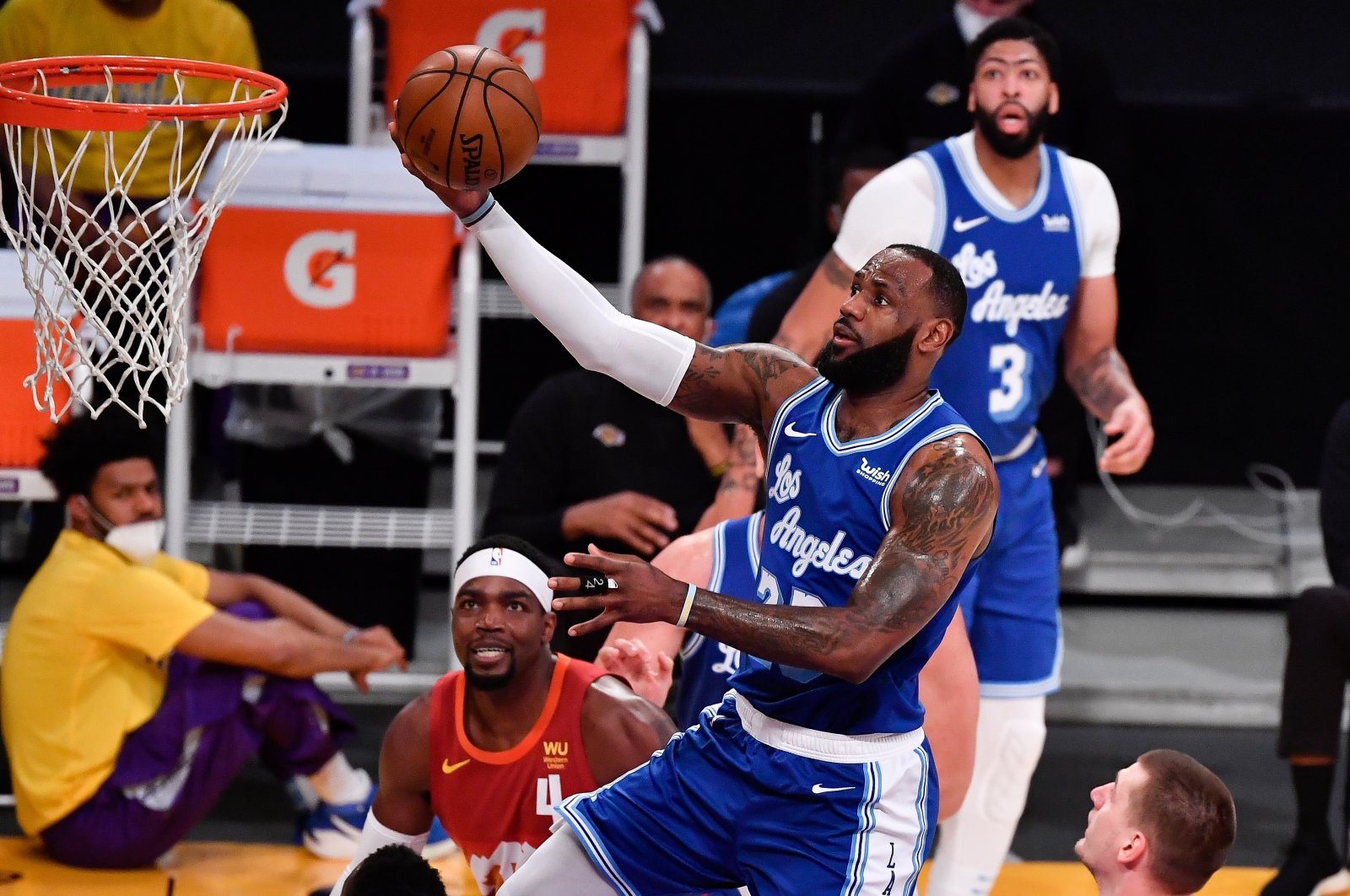 LeBron James scored his 96th career triple-double, with 27 points, 10 assists and 10 rebounds, as the Los Angeles Lakers rallied in the second half for a 114-93 victory over the Denver Nuggets on Thursday.

James moved into third place on the NBA’s career field goals list, helping the Lakers open a five-game homestand with their 11th win in 14 games.

Los Angeles finished on a 46-18 run, thoroughly clamping down on defense and cranking up its transition offense to win this rematch of the Western Conference finals in the bubble.

Jamal Murray scored 20 points and Monte Morris had 16 for the Nuggets. JaMychal Green scored 12 of his 14 points in the first half.

Denver's Nikola Jokic had a subpar performance, scoring 13 points on 6-of-16 shooting while adding 10 rebounds and six assists.

Kelly Oubre Jr. exploded for a career-high 40 points and size-challenged Golden State used a small-ball approach to outgun host Dallas in the opener of a two-game set.

Oubre hit 14 of 21 shots and seven of 10 from 3-point range en route to topping the 39 points he had for the Phoenix Suns against the Houston Rockets last February. Stephen Curry chipped in with 28 points and six assists in 30 minutes for the Warriors, who suited up only nine players.

Kristaps Porzingis, who at 7-feet-3 stood eight inches taller than any Warrior in uniform, had 25 points for Dallas. Luka Doncic paced the Mavericks with 27.

Desmond Bane led the Grizzlies with 16 points off the bench while Ja Morant added 15. Tyus Jones and Brandon Clarke chipped in 13 points apiece.

Jordan Clarkson came off the bench to score 23 points and visiting Utah whipped short-handed Atlanta for its 13th win in the past 14 games.

Clarkson matched his season-high with five 3-pointers and had seven rebounds. Four of his teammates also scored in double figures – Bojan Bogdanovic with 21 points, Donovan Mitchell with 18, Rudy Gobert with 11 points and 12 rebounds and Mike Conley with 11.