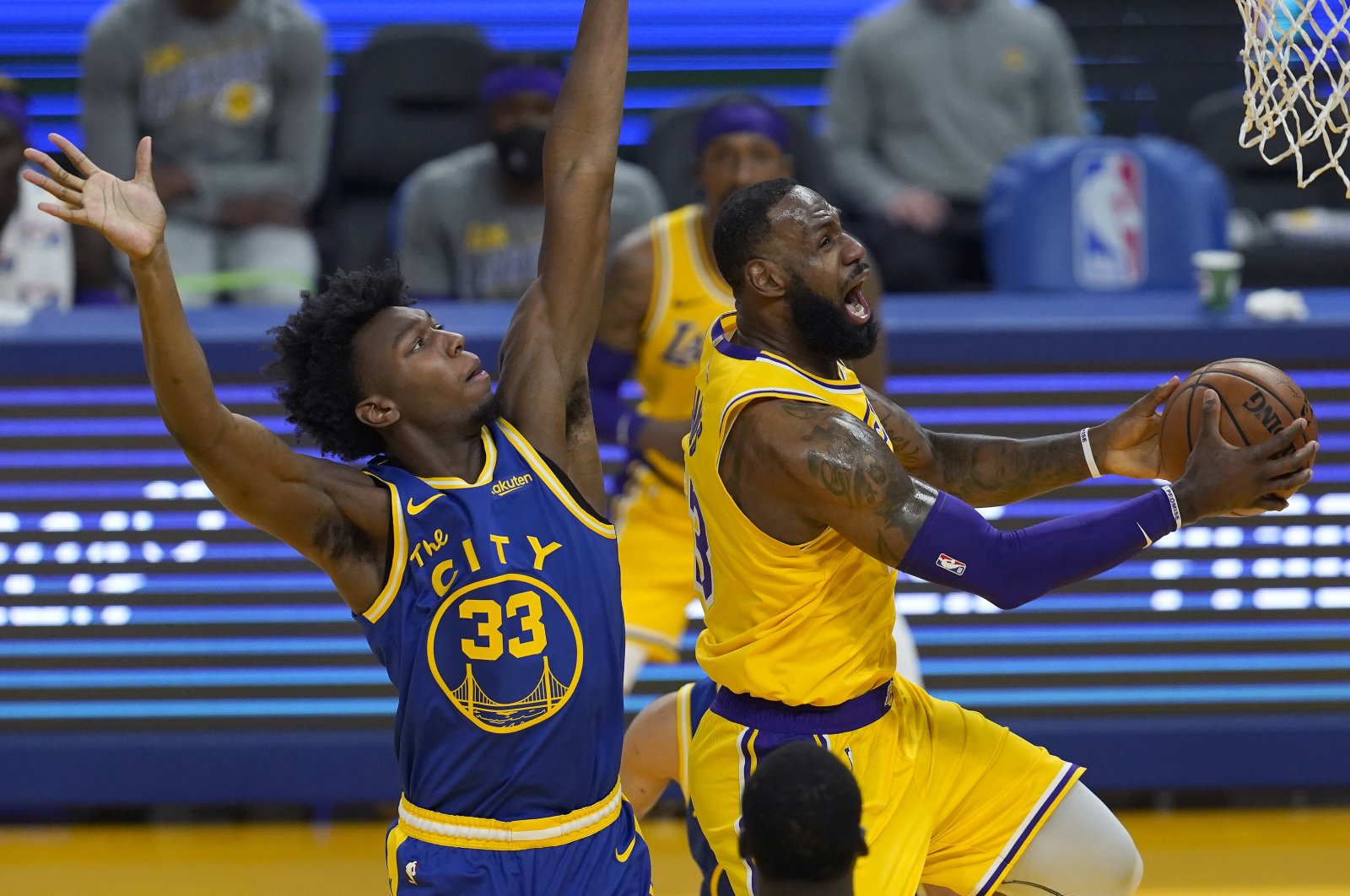 LeBron James bagged his fourth triple-double of the season as the Los Angeles Lakers thrashed the Golden State Warriors 128-97 on Monday.

James finished with 22 points, 10 rebounds and 11 assists as the Lakers dominated almost from start to finish for an impressive win on the road at the Chase Center.

Stephen Curry led the Golden State scoring with 27 points but the much-hoped-for duel with All-Star game teammate James never materialized as the Dubs struggled to contain the Lakers' offense.

Montrezl Harrell had 27 points off the bench to lead the Lakers scoring while Kyle Kuzma finished with 17 points.

The Lakers improved to 26-13 to remain in third place in the Western Conference while the Warriors fell to ninth place with 20-20.

Elsewhere Monday, Giannis Antetokounmpo reeled off his third straight triple-double as the Milwaukee Bucks extended their winning streak to four games with a 133-122 victory over the Washington Wizards.

Antetokounmpo finished with 31 points, 15 rebounds and 10 assists in another MVP-caliber performance that came two days after his 33-point triple-double against the Wizards on Saturday.

"We feel like we've said it a lot after games for a good stretch of time now – he's been in a good place mentally for a while," Bucks coach Mike Budenholzer said of Antetokounmpo's performance at Washington's Capital One Arena.

Bradley Beal led Washington's scoring with 37 points after going 13-of-19 from the field with four 3-pointers.

Milwaukee improved to 25-14 with the win and remain third in the Eastern Conference behind Brooklyn and leaders Philadelphia.

In other games Monday, James Harden bagged a triple-double and Kyrie Irving added 34 points as the Brooklyn Nets rolled to a fifth consecutive victory with a 117-112 win over the New York Knicks.

Harden finished with 21 points, 15 rebounds and 15 assists in a superb individual display at Brooklyn's Barclays Center.

The Knicks meanwhile fell just short of a fourth-quarter comeback after coming within three points of Brooklyn with 10 seconds remaining having trailed by 18 points earlier in the half.

Knicks forward Julius Randle needed to be restrained by team-mates at the buzzer after a controversial traveling call effectively handed Brooklyn the win.

Randle, who finished with 33 points, 12 rebounds and six assists, angrily slammed over a chair as he headed to the locker room following the loss.

"I was frustrated. We fought so hard to come back and win the game. I was just frustrated," Randle said afterward, declining to dwell on the incident.

"It's best I don't comment on the situation. There was a lot of frustration behind it for both sides. I'll let it be in the past."

"It's an emotional game, he calmed down right away," Thibodeau said. "Sometimes it goes your way with the whistles, sometimes it doesn't. I thought Julius played a terrific game."

Leonard finished with 22 points on a night when no fewer than seven players reached double figures for the Clippers.