LeBron vs. Zlatan: NBA star hits back at criticism over politics 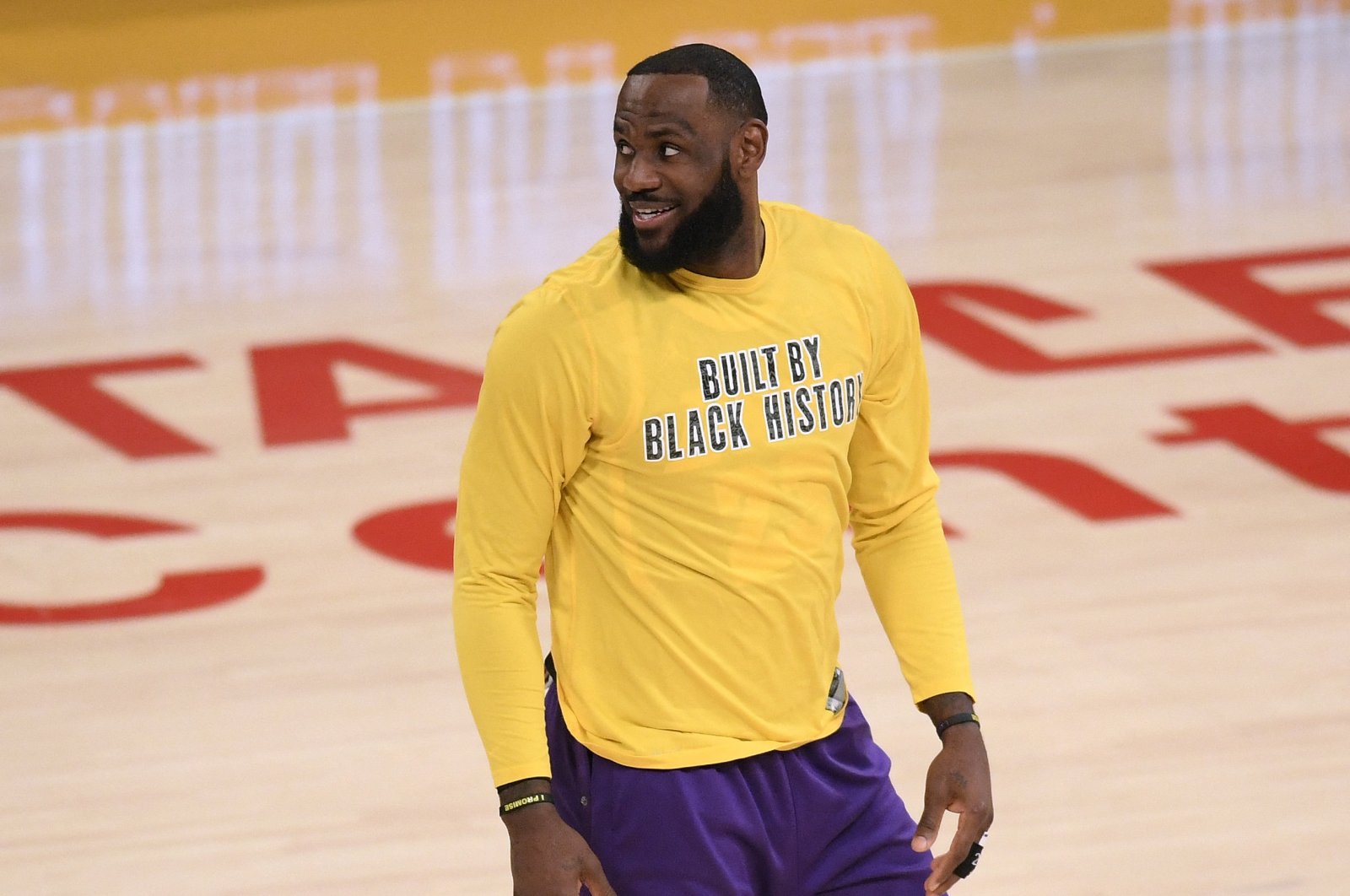 LeBron James of the Los Angeles Lakers smiles as he warms up before an NBA basketball game against the Portland Trail Blazers, in Los Angeles, California, Feb. 26, 2021. (AFP Photo)
by ASSOCIATED PRESS
Feb 27, 2021 10:42 am

LeBron James hit back at Zlatan Ibrahimovic for criticizing the NBA star's involvement in political activism.

The Los Angeles Lakers superstar also pointed out that Ibrahimovic clearly didn't feel the same way about spotlighting social injustices when the football great called out racism in his native Sweden just three years ago.

The AC Milan striker and former LA Galaxy star criticized James and other socially conscious athletes Thursday in an interview with Discovery Plus. Ibrahimovic called it “a mistake” for James and other athletes to get involved in political causes, saying they should "just do what you do best because it doesn’t look good.”

James responded forcefully to Ibrahimovic's stance after the Lakers' 102-93 victory over the Portland Trail Blazers on Friday night.

“I would never shut up about things that are wrong,” said James, who had 28 points, 11 rebounds and seven assists.

“I preach about my people and I preach about equality, social injustice, racism, systematic voter suppression, things that go on in our community,” James added. “I know what’s going on still, because I have a group of 300-plus kids at my school that's going through the same thing, and they need a voice, and I’m their voice. I’ll use my platform to continue to shed light on everything that’s going on around this country and around the world. There’s no way I would ever just stick to sports, because I understand how powerful this platform and my voice is.”

James funds the I Promise School in his native Akron, Ohio. The third-leading scorer in NBA history also backs numerous initiatives pursuing social justice, voting rights and other progressive causes. He was among the many donors who have helped raise millions of dollars to pay the debts of thousands of Florida felons so they could vote in the U.S. presidential election last year.

James also made it clear he was aware of comments made in 2018 by Ibrahimovic, the Swedish-born son of a Bosnian father and a Croatian mother.

“He’s the guy who said in Sweden, he was talking about the same things, because his last name wasn’t a (traditional Swedish) last name, he felt like there was some racism going on when he was out on the pitch,” James said. “I speak from a very educated mind. I’m kind of the wrong guy to actually go at because I do my homework.”

Indeed, Ibrahimovic told Canal Plus that “undercover racism” caused the Swedish media and public to treat him with less respect and reverence: “This exists, I am 100% sure because I am not Andersson or Svensson. If I would be that, trust me, they would defend me even if I would rob a bank.”

James and Ibrahimovic overlapped in Los Angeles for about 16 months from the summer of 2018 until November 2019, when Ibrahimovic went back to Europe. While Zlatan was unable to carry the Galaxy to an MLS Cup title despite playing exceptionally during two largely frustrating seasons, LeBron already won the Lakers' 17th NBA title in his second season with the club.

They also share remarkable similarities as two astonishing athletes who have remained among the world's best players deep into their 30s. The 36-year-old James is still one of the best all-around players in modern basketball, while the 39-year-old Ibrahimovic remains among Serie A's scoring leaders with 14 goals in just 13 league games for Milan.

Dennis Schröder, the Lakers' German point guard, gave his support to James and confirmed the obvious truth that Ibrahimovic's attitude is decidedly not shared by many European athletes.

“Every athlete can use our platform and try to make change in this world,” Schröder said. “Zlatan, he’s a little different. Unique player, unique character.”