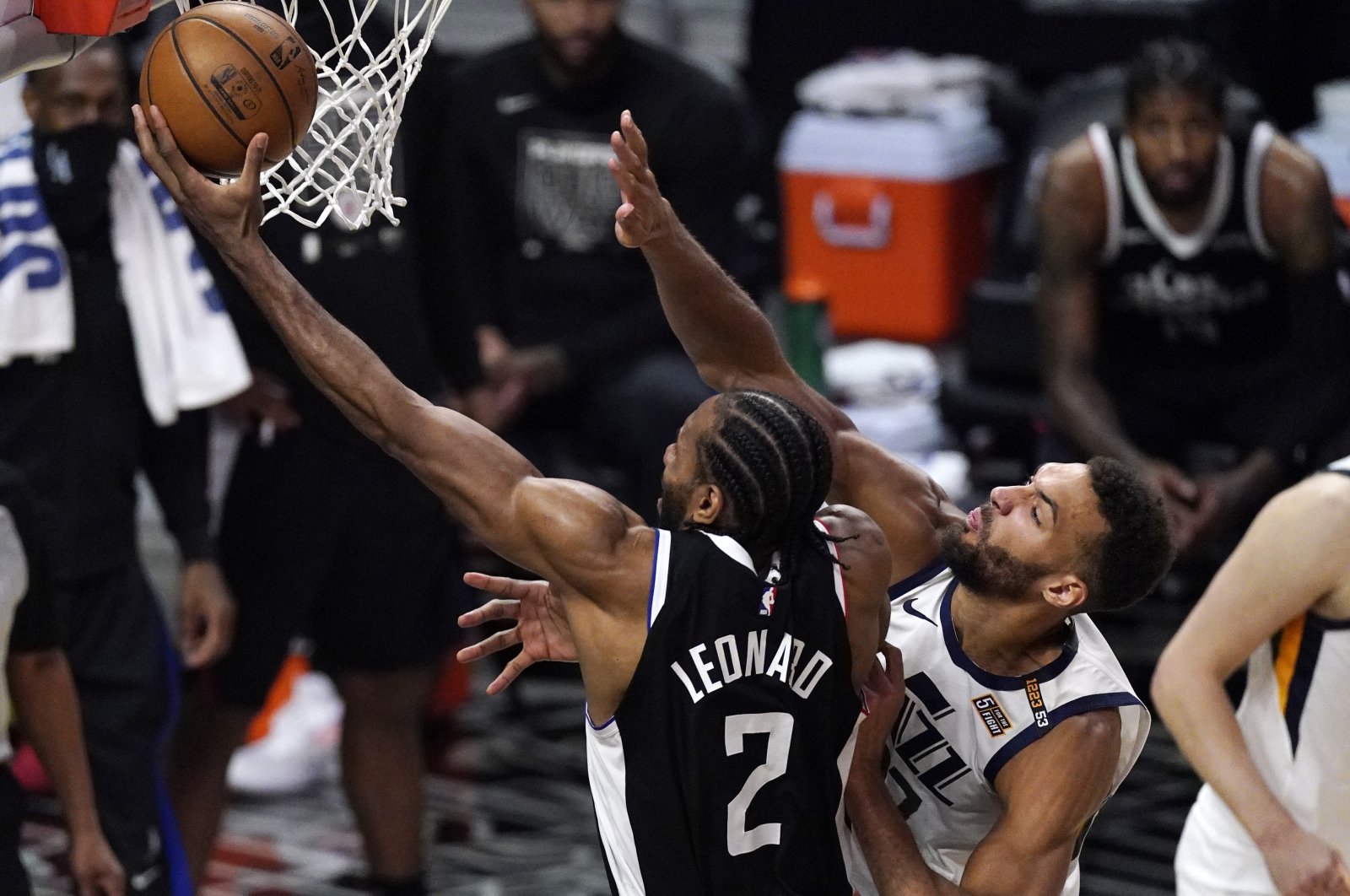 Los Angeles Clippers clawed back into the NBA playoff series with a Utah Jazz 132-106 in game three on Saturday.

Kawhi Leonard and Paul George combined for 65 points as the Clippers showed they still have some fight left.

Leonard finished with 34 points and 12 assists and George had 31 for the Clippers who had little room for error heading into Saturday's game in front of a pandemic-limited crowd of 8,000 at Staples Center arena in downtown Los Angeles.

"I need my two best players to be able to do that," said Clippers head coach Tyronn Lue. "They set the table for everyone else."

The Clippers put themselves in deep peril by losing the first two games of the Western Conference second-round series and they are not out of trouble yet as the Jazz are the top-seeded team after finishing the regular season with 52 wins.

The fourth-seeded Clippers closed out the game with a 26-11 surge.

George said he was in the right mindset all game long.

"I got to the shots I am most comfortable with and I stuck with it," George said. "It is all about putting pressure on their defense and staying with an attack mentality all game."

Reggie Jackson and Nicolas Batum added 17 points each for the Clippers in the win.

The Jazz was playing without guard Mike Conley, who sat out his third straight game with a sore hamstring.

Mitchell came out of the game halfway through the fourth quarter after appearing to reinjure the ankle. Mitchell asked to re-enter the game late in the fourth but was denied by Jazz coach Quin Snyder who kept his star on the bench with the Clippers running away with it.

The 24-year-old Mitchell was averaging 41 points heading into game three after scoring 37 in game two and 45 points in game one.

He became the first Jazz player to score at least 35 points in back-to-back playoff games since Karl Malone accomplished the feat three straight times during the 1988 playoffs.

Mitchell said he expects to be ready to go in the next game.

Utah trailed 106-95 after a 3-pointer by Clarkson with 7:18 left. Mitchell left the game and the Clippers smelled blood, scoring 10 straight points, with Leonard and Batum draining consecutive 3s to make it 116-95 with 5:22 remaining.

"They lit a fire under us. We had to protect home court," George said.