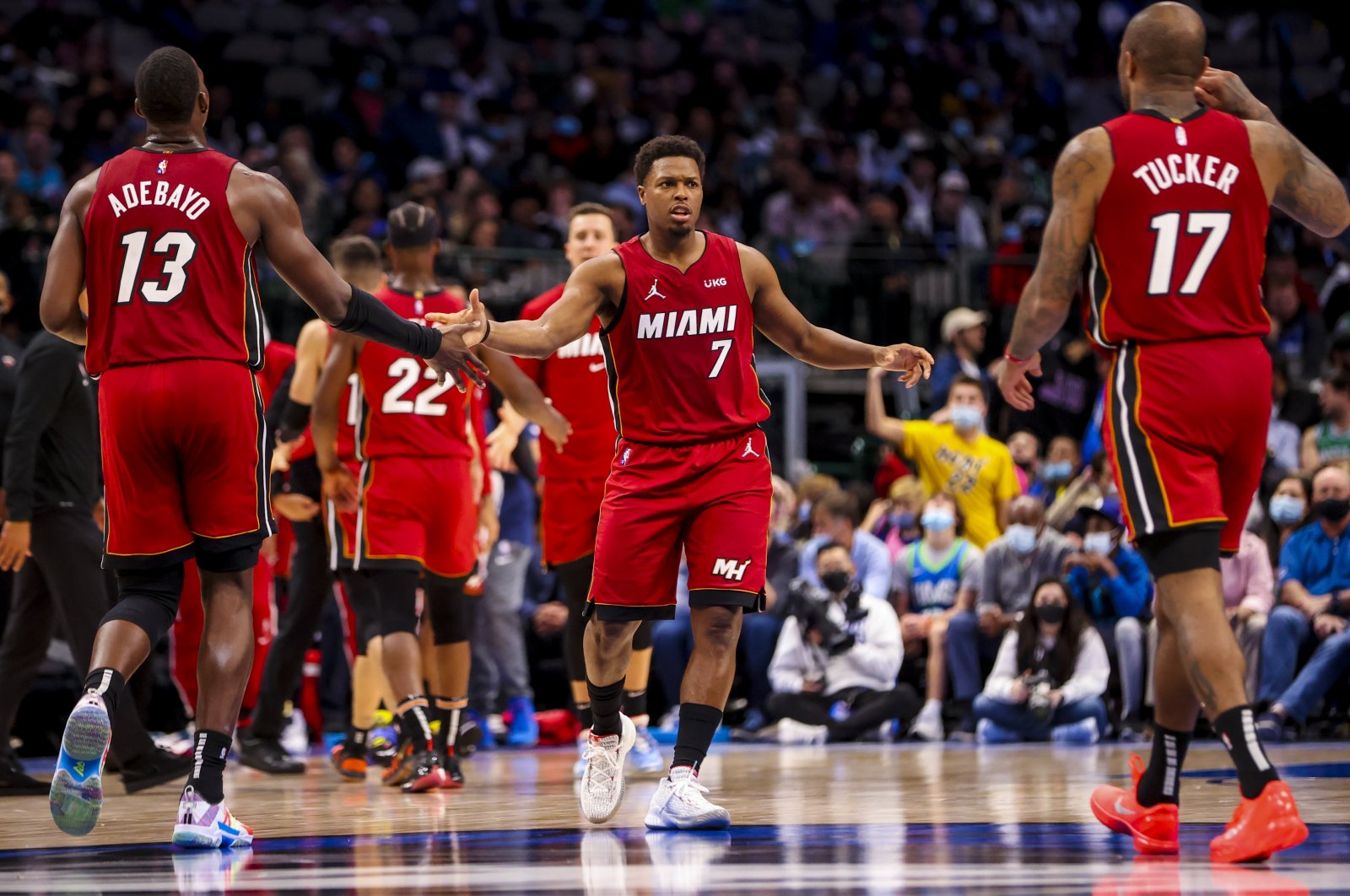 Miami Heat outperformed the Dallas Mavericks 125-110 on the road, courtesy of a Kyle Lowry 3-point shooting display in Texas on Tuesday.

Miami star Lowry made six of nine from 3-point range to finish with 22 points as the Heat improved to 6-1 to move to the top of the Eastern Conference.

Lowry's virtuoso performance from beyond the arc was complemented by impressive performances from Tyler Herro, who finished with 25 points, while Jimmy Butler had 23 points and Bam Adebayo 22.

The Mavericks meanwhile battled to stay in touch throughout thanks largely to Luka Doncic, who finished with 33 points.

But despite Doncic's heroics, the win went to the Heat and Lowry, who delivered his best performance since joining Miami from Toronto in August.

Lowry said afterward his arrival in Florida after nearly a decade in Toronto had been an easy transition.

"It's been pretty smooth," Lowry said.

"Our coaching staff and Spo (head coach Erik Spoelstra) have let me go out there and do things and they've adjusted to me. And it's easy when you're playing with guys like P.J. (Tucker), Jimmy (Butler) and Markieff (Morris).

"We've got a good group out there who can mix and match and do everything. It's just fun. It's just about being professional and working hard."

Dallas had taken a 30-24 lead in the first quarter but Miami seized control of the game in the second, outscoring the Mavs 46-32 to take a lead they never relinquished before pulling away for the win.

In other games Tuesday, Giannis Antetokounmpo finished with 28 points, nine assists and eight rebounds as the Milwaukee Bucks ended their three-game losing streak with a 117-89 road win over the Detroit Pistons.

The Pistons, who are propping up the Eastern Conference standings with a 1-6 record, never looked like claiming a second win of the season after the NBA champions Bucks took the lead early in the first quarter.

Milwaukee, playing without Khris Middleton who tested positive for COVID-19 earlier Tuesday, surged into a 57-39 lead at half-time and cruised through the third to lead by 28 points heading into the final quarter.

Bucks coach Mike Budenholzer praised the defensive contribution of Antetokounmpo, who had four blocks and pulled down eight defensive rebounds.

"We needed this," Budenholzer said. "I thought (Giannis) set the tone defensively. It felt like he was everywhere."

Jordan Nwora and Pat Connaughton had 16 points each while Bobby Portis finished with 12 points and Justin Robinson 11 for the Bucks, who improved to 4-4 with the victory.

In Los Angeles, LeBron James, Anthony Davis and Russell Westbrook combined for 84 points as the Lakers came from behind to defeat the Houston Rockets 119-117 at the Staples Center.

The Lakers labored to get on top for much of the game against a Houston team languishing near the foot of the Western Conference standings with a 1-6 record.

The Rockets led by 11 points early in the third quarter but were gradually reeled in the Lakers in the fourth quarter before James reeled off 10 straight points to turn a 97-94 deficit into a 104-100 Lakers lead.

The Lakers looked to have locked up victory after a James jump-shot and two free throws from Davis put them 118-111 ahead with 45 seconds remaining.

But two three-pointers from Jalen Green narrowed the deficit to 118-117 to set up a nervy finale.

Malik Monk's free throw but the Lakers 119-117 ahead and Houston's Kevin Porter missed an attempted three on the buzzer as Los Angeles held on for the win.

The Lakers improved to 5-3 with the win, moving them into third place in the West behind leaders Utah (6-1) and second-place Golden State (5-1).