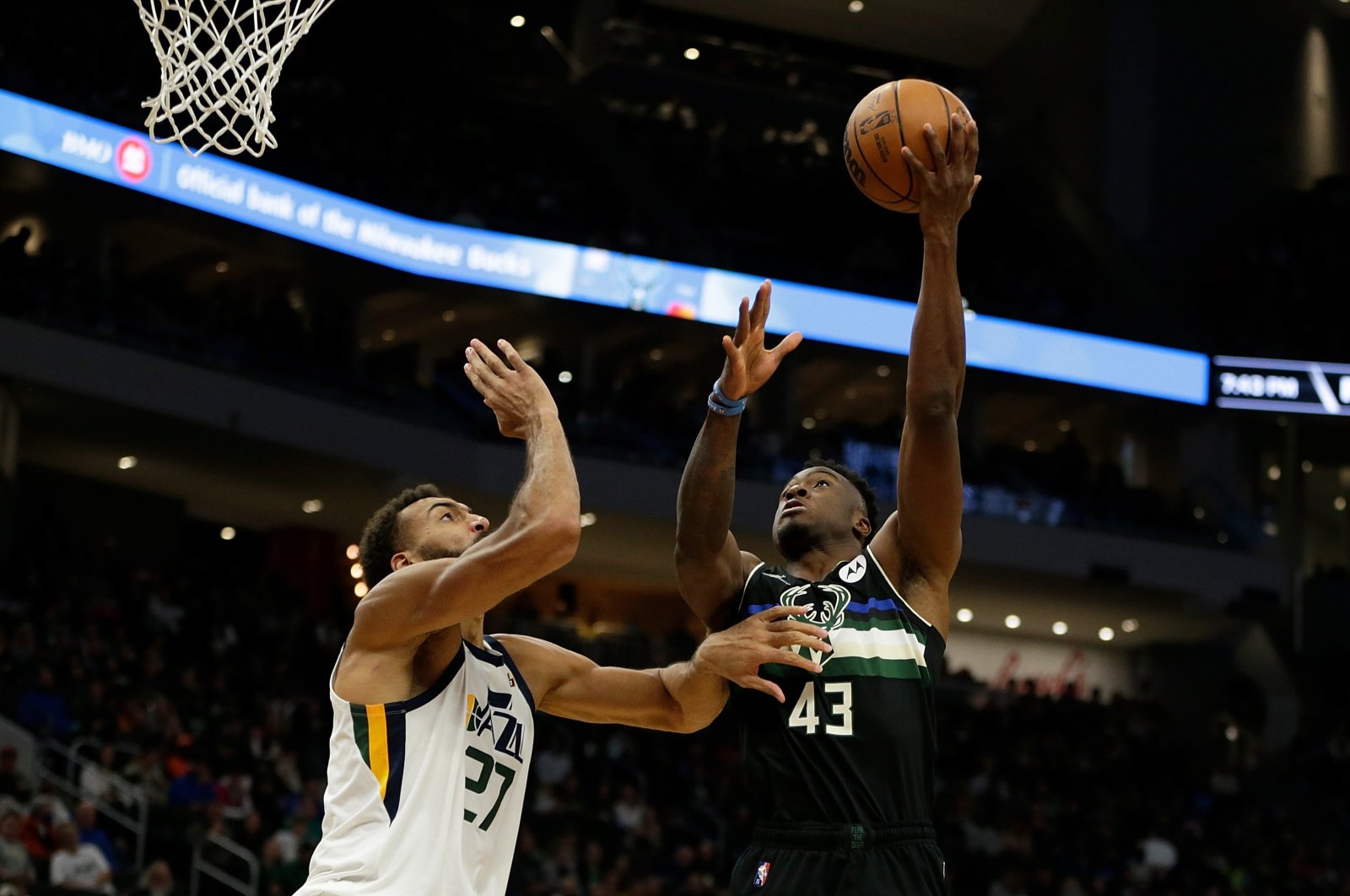 Utah Jazz were inspired by 20 points from Mike Conley and 28 from Donovan Mitchell as they beat reigning NBA champion, Milwaukee Bucks, 107-95 on Sunday.

Mitchell scored 11 of his points in the fourth quarter as the Jazz never trailed in front of a crowd of 17,300 at Fiserv Forum in Milwaukee.

"We really executed when we needed to," said Mitchell. "They're NBA champions. They're not going to just go down 15 and call it a day."

Giannis Antetokounmpo finished with 25 points, seven rebounds and six assists for the Bucks, who trailed at one stage by 17 points but rallied to cut the Jazz lead to just four points in the final quarter.

Former Jazz player Grayson Allen finished with 18 points for the Bucks, who lost at home for the third time in a three-game homestand. Milwaukee also slipped below .500 at 3-4 with a third straight loss.

The Jazz took a 99-87 lead with just over three minutes left in the fourth thanks to Mitchell's seven points in two minutes of action.

But the Bucks clawed their way back as Allen made two 3-pointers and Thanasis Antetokounmpo made a dunk to cut the Jazz lead to 99-95 with 99 seconds left.

Mitchell stretched the Jazz's lead to six with a basket, and Royce O'Neale made a clutch defensive play by blocking an Allen 3-point attempt to extinguish the Bucks' comeback bid.

The victory was the fifth in six games for Utah, which suffered its first loss of the season in Chicago on Saturday.

Elsewhere, James Harden had a triple-double and Kevin Durant scored 23 points before being ejected in the third quarter of the Brooklyn Nets 117-91 win over the Detroit Pistons.

Durant was thrown out of the game for a flagrant foul with 3 minutes 23 seconds remaining in the third quarter.

Officials sent him to the showers after he hit Kelly Olynyk in the face with his right arm. Durant shot 10-of-13 from the field before getting ejected.

Harden produced his 59th career triple-double with 18 points, 12 assists and 10 rebounds as the Nets led by as many as 30 at one stage. He is now the Nets' all-time leader with 13 triple-doubles and joined Larry Bird for second on the NBA's all-time list with his 59.

It was Durant's second incident in as many games. He was slapped with a technical in Brooklyn's 105-98 win over Indiana Friday for tossing the ball into the stands after a foul was called. He was later fined $25,000 by the league.

"I tried to run through the screen," Durant said. "That was the result of me trying to blow the screen up."

In Dallas, Luka Doncic capped a team-high 23-point night with a clutch 3-pointer as the Dallas Mavericks beat the Sacramento Kings 105-99.

Doncic also dished out 10 assists and eight rebounds for the Mavericks, who shot 44.4% from the field after having been held to 29.5% in a Friday loss to Denver.

Richaun Holmes posted a 22-point, 13-rebound double-double for the Kings, who had a two-game win streak snapped.

LaMelo Ball also scored 27 points and Kelly Oubre came off the bench to score 26 in powering the Charlotte Hornets to a 125-113 victory over the Portland Trail Blazers.

Ball also had nine rebounds and seven assists to bounce back from a sub-par performance in his previous outings.

The NBA Rookie of the Year had just 13 points on five-of-28 shooting from the floor in a win over Orlando on Wednesday and a Friday loss to Miami.