NBA prepares to restart but questions remain about details 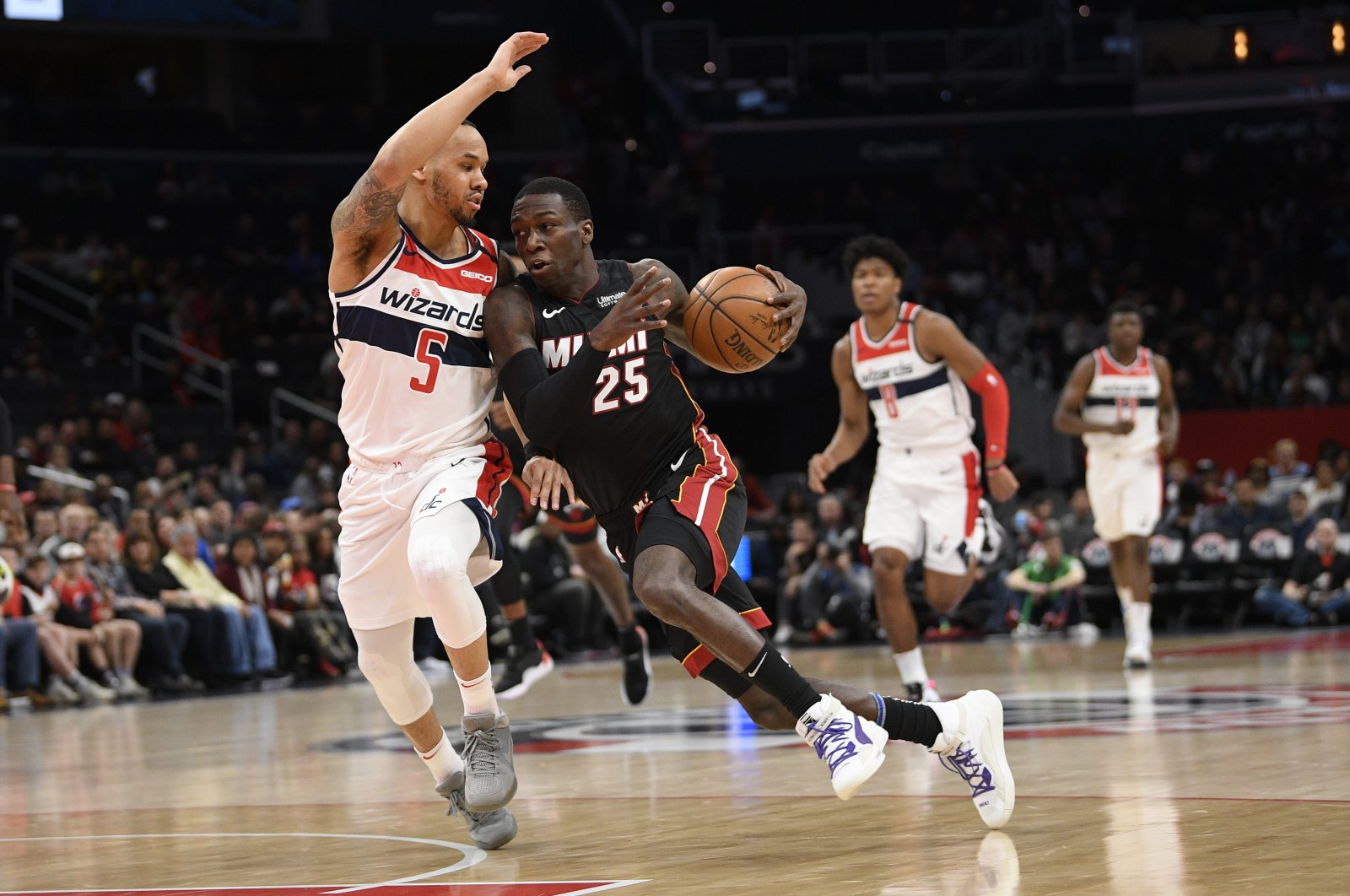 While the NBA struggles to resume games amid the coronavirus pandemic, questions remain about the practicality of the league's restart plan as many finer details remain shrouded in mystery

In roughly a month, 22 of the NBA's 30 teams will travel to Florida to embark on a three-month experiment – one without precedent or guarantee.

Until then, the league's players, coaches and partners must answer a dizzying amount of questions. Some of the answers are expected to be known this week as the NBA closes on a deal with Disney to host the games on the Disney World campus in Orlando.

The league also needs to set guidelines with the players' union on health and wellness regulations that will spell out how much movement players will be allowed within the so-called "bubble" that would enable the NBA to finish its 2019-20 season.

Restarting play has become an exercise in flexibility and compromise. As league and team officials try to figure what the rest of the year looks like, they've encountered threads that lead in all kinds of unexpected directions.

The accommodations are one example. Teams will be spread across a number of on-property hotels at Disney, though before anyone can take part in anything, they're expected to undergo a seven-day quarantine in a hotel room.

After that, players will be asked to stay on campus; leaving would trigger another round of quarantine, people familiar with the situation said.

"You have to control," one agent said. "The last thing the NBA can afford is a player or multiple players on a team not being able to play because of the coronavirus."

The league hopes to have ways for players to keep themselves entertained. Once they've cleared quarantine, players will have access to common spaces at the resorts, including the pools.

But for the true contenders, the grind will be too long to be broken up by a handful of days in the water.

In an effort to make what could be an epic battle with boredom and isolation more palatable, teams are exploring ways to make life "as much like home as possible" for their players, according to executives.

That could mean options such as upgraded technology in hotel rooms, and the installation of better televisions and video game systems. One player agent questioned how tightly such creature comforts would be regulated by the league and, if not, how far teams with the deepest pockets or longest expected stays would go.

Stretching to find competitive advantages in such a situation might seem silly, some Orlando-bound executives think it is, but improving comfort is a primary focus.

Privately, teams are trying to find the right formula for their limited traveling parties – sources believe the number to be around 35, including players – working through scenarios that would bring the right mix of coaches, support staff, executives and medical teams to Orlando.

The NBA still is discussing how much of a team's travel party will be mandatory, according to people familiar with the talks.

Shared services are going to be a reality and an equipment manager could work with more than one team, but there's uneasiness around the NBA when it comes to sharing medical services.

"If one of my guys gets hurt, there's no ... way I want another team looking at him," one NBA executive said, using an expletive.

Centralizing some medical services will be necessary, according to one expert.

T.O. Souryal, the Dallas Mavericks' team physician for 22 years who now serves as medical director of a Texas sports medicine clinic, believes the Disney World bubble could call for a "hybrid system."

Team orthopedists and primary care physicians would continue working, either on site or remotely, with their rosters as usual – all the better to closely guard sensitive information about players' health.

The NBA, meanwhile, would provide a pool of dentists, ophthalmologists and other consultants to work with the entire field.

In addition, Souryal expects the league to form a team of on-site physicians, nurses and laboratory testing personnel to target the novel coronavirus.

"I know they're working on it and I suspect this will be an Orlando-based team because none of the 30 teams have infectious disease physicians on staff," he said.

Despite facing a health challenge unlike any in NBA history, expecting team physicians and orthopedists to remain for the entirety of their team's stay on the Disney campus is considered unrealistic.

Team physicians are independent contractors who work primarily at practices in the team's market. Even if doctors arrived for the start of the playoffs, Souryal questioned how long they could afford to stay.

"I certainly understand the challenges of being away from your practice simply because most of these practices have taken a huge economic hit with coronavirus," Souryal said.

"You couple that with the fact that you may be away from your office for a month or six weeks, the financial hit is huge. The question then comes up, well, how are we going to get paid if we have to leave our practice for six weeks? There are a lot of unanswered questions," he said.

One executive suggested that consultations via telehealth software could be a work-around. The NBA also must decide protocols for how to handle more significant injuries that would require a player to see a specialist off campus.

If they return to Disney able to play, how long would they be required to quarantine before rejoining their team? Such delays could alter playoff series.

Souryal lauded NBA commissioner Adam Silver for how seriously he has sought to understand the medical challenges facing the restart. Still, many within the league acknowledge that even carefully crafted plans cannot account for every variable.

Health officials in Orange County, where Disney World is located, announced a spike of COVID-19 cases last weekend. The league is monitoring but has limited concerns about how such developments will affect its plan to play.

"The big bubble concept is nice but the devil's going to be in the details," Souryal said. "I don't know that you can truly establish an impenetrable big bubble. I don't."

"Not just the teams and their personnel but the hotel staff, the wait staff, the delivery people. An impenetrable bubble is a nice concept but it's not going to be totally practical," he said.