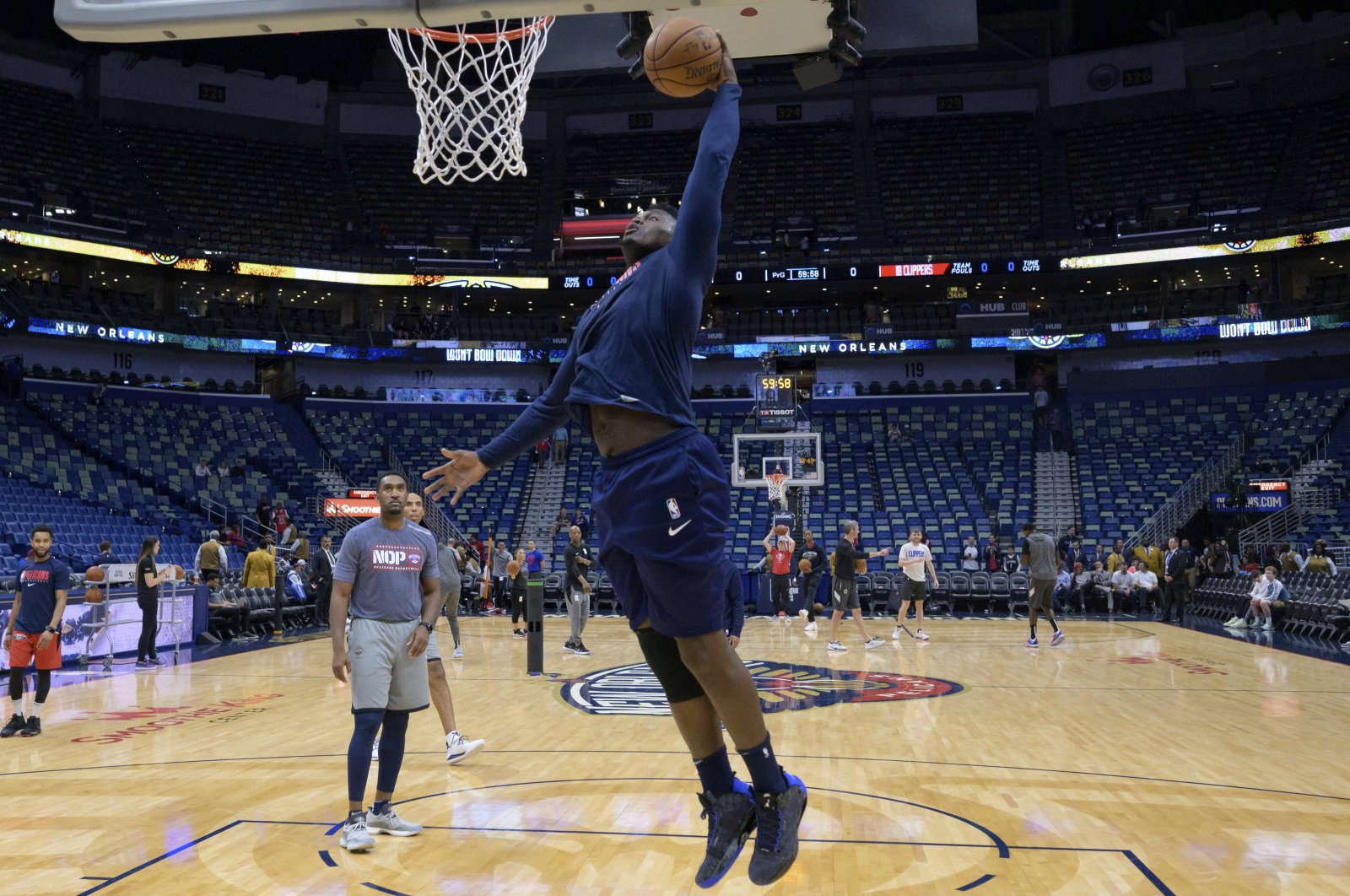 Practice facilities in the NBA have been open for a couple of months, with one major element missing from them. No team has had an actual practice yet.

Most of the work that has gone on in those buildings during the NBA’s shutdown has been voluntary, and all of it has been of the individual variety – one player working at one basket with one ball. That changes starting Thursday, when the first handful of teams at the Disney complex will be permitted to have full-fledged practices again.

“Every day will be an adventure, a little bit of, ‘OK, here’s where we are today, this practice will reflect this, tomorrow’s practice might be totally different,’” Houston coach Mike D’Antoni said. “And that’s what makes it interesting. It makes it fun. But it’s a little bit like a training camp. Every year you know you lay out all these grand plans and about the third practice you go, ‘Ooop, they’re out.’”

The teams that arrived at Disney on Tuesday, assuming quarantines are completed and other issues haven’t popped up, will likely be permitted to practice sometime Thursday. More teams arrive Wednesday and Thursday, so their first practice sessions, in theory, would be as early as Friday and Saturday respectively.

Teams will be assigned a three-hour window and will be able to run practice on a pair of side-by-side courts, with training and weight rooms nearby. Disney staff will clean and disinfect everything after one team leaves, preparing it for the next team to arrive.

If the plan works, all teams will be inside the “bubble” at Disney for at least five weeks and some teams will be there for more than three months. And not everyone in the league has an abundance of optimism that the experiment – involving daily testing, separation from friends and family for weeks if not months, and strict regulations regarding just about everything imaginable at Disney – will be enough to complete the season.

“Just like with probably everything the league is doing, I think it’d be wise to have a degree of flexibility sprinkled in with everything that you’re planning, a degree of being able to either back off or turn it up a little bit, either way,” Milwaukee coach Mike Budenholzer said. “But to be honest with you, that happens a lot even in the normal season. There’s a plan for the first practice and we’ll see how it goes.”

Players haven’t even been allowed to play 1-on-1 yet at team facilities, per the rules of the individual workouts. That all changes at Disney, where teams will be able to practice for about two weeks before a series of three scrimmages begin on July 22.

The season resumes on July 30. Players have said throughout the shutdown that having only three weeks of actual practice to get ready for game action may not be enough – but that’s what the league ultimately decided the schedule would allow.

Most NBA coaches – D’Antoni, Budenholzer, Dallas’ Rick Carlisle and more – are going into this believing that plans have to be flexible.

“It’s not going to be a typical training camp where you jump in on Day One and just go full-bore,” Carlisle said. “Our players have done a great job of working on their individual conditioning with individual workouts with the coaches on the floor on a 1-to-1 basis... so I feel really good about where we’re at. But this is a different situation, it’s a different time, it’s a different set of circumstances.”

Toronto, the reigning NBA champion, has been on the road for a couple of weeks already, getting their individual work in at a pre-camp of sorts in Fort Myers, Florida. The Raptors couldn’t get their pre-Disney work in at home because of travel restrictions that would have applied to players coming into Canada from the U.S.

Raptors coach Nick Nurse said his players haven’t dreaded the 1-on-0 work that they’ve been limited to so far, saying his team has approached these weeks with “great professionalism" and that his plans for Disney are fairly loose right now.

“I don't really know where we're at," Nurse said. “I can see individually. I think we look really good. But, what will that translate to when we get back into, you know, calling plays and running defenses and doing some things?... I know that I'm sensing they really want to play basketball."

The Los Angeles Lakers arrive at Disney on Thursday, and while coach Frank Vogel isn’t looking forward to weeks and potentially months away from his family, he believes the individual workouts have gotten the Western Conference leaders ready.

He said those solo sessions have been designed in large part to get players back into some sort of practice shape, with the hope of being able to hit the ground running when everyone can finally be together again at Disney.

“We just want it to be as high as possible to minimize risk of injury and just further the conditioning along as much as we can,” Vogel said. “So, guys have been able to work pretty diligently the last few days or so. And, you know, we’re looking forward to wrapping this up and getting on that plane.”