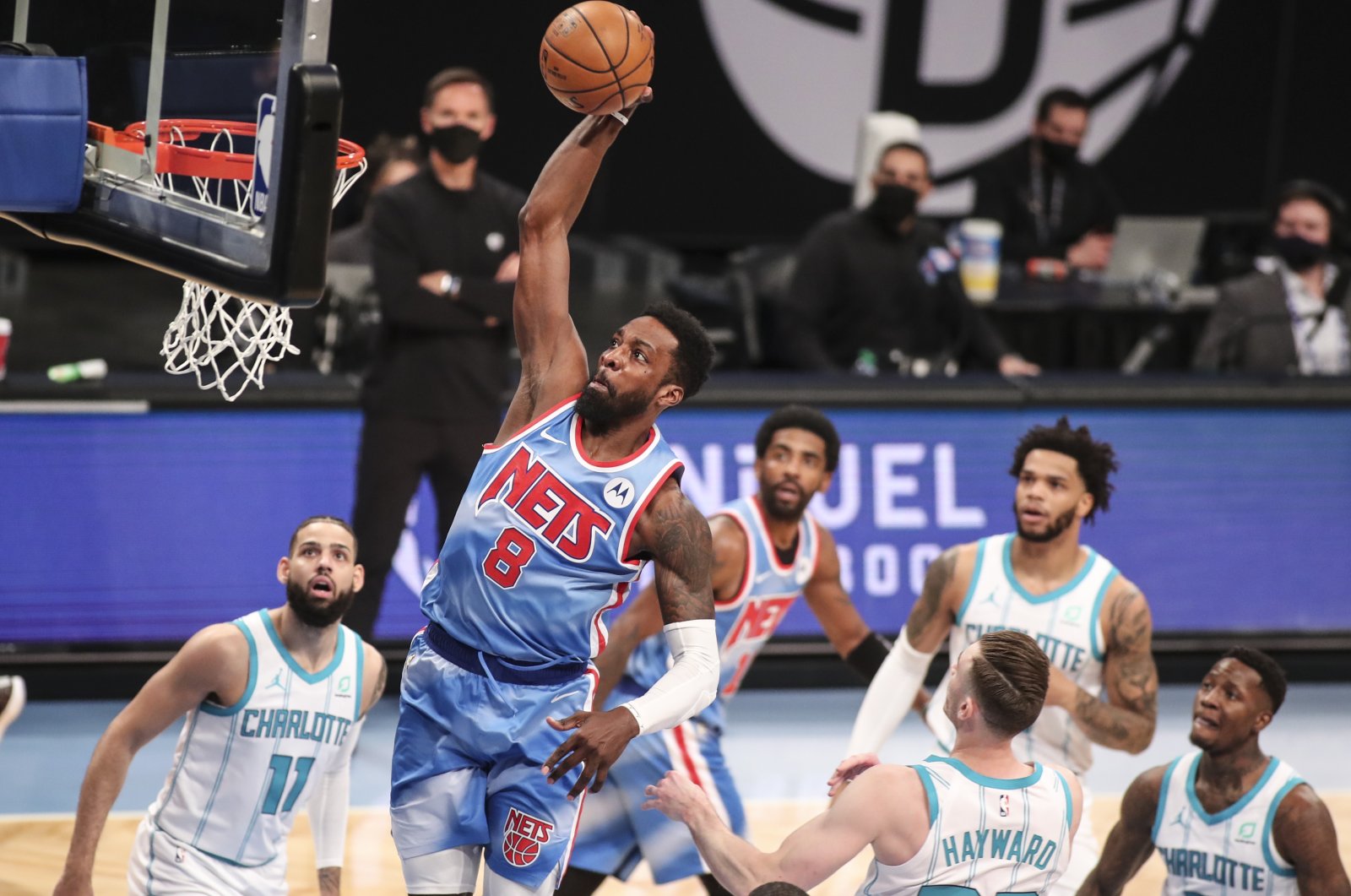 Jeff Green scored a team-high 21 points as the Brooklyn Nets became the first Eastern Conference team to win 20 home games this season with a 111-89 rout of the Charlotte Hornets on Thursday.

Kyrie Irving tallied 15 points and 11 rebounds and Landry Shamet and Tyler Johnson scored 17 and 15 points respectively off the bench for the Nets, who won despite missing all-star James Harden.

"Tonight we did just what we expected to do coming out of the gate," Green said. "We got stops and defense turned into offense and that's how we were able to get rolling."

Harden suffered a hamstring injury Wednesday and sat out the fourth quarter in the team's come-from-behind win over the Houston Rockets.

But the Nets didn't need Harden, or injured Kevin Durant for that matter, as they stormed to a 32-11 lead after the first quarter in front of a pandemic-limited crowd of 1,700 at Barclays Center arena in New York.

LaMarcus Aldridge made his Nets debut, starting at the center and had 11 points, nine rebounds and six assists.

"We just tried to talk on defense. I tried to lead. Tonight was great. I was trying to bring that energy," said Aldridge.

Gordon Hayward and Devonte' Graham each scored 13 points and Terry Rozier had 12 points for the Hornets, who had another low scoring quarter with just 17 points in the third.

Malik Monk had 11 points and Miles Bridges provided 10 points off the bench for the Hornets, who are 1-1 on a six-game road trip.

The Philadelphia 76ers kept pace with the Nets for the number one seed in the standings, wrapping up their six-game road swing on a winning note by beating the Cleveland Cavaliers 114-94.

"That was a heck of a trip for us," said coach Doc Rivers of the 76ers who are a half-game behind first-place Brooklyn.

Shake Milton came off the bench to score a team-high 27 points. Milton sank 10 of 14 shots from the floor as his point total was four points off his season-high of 31 which he scored in a 125-108 win over Miami in January.

Seth Curry finished with 19 points, including making five 3-pointers, while Dwight Howard had 18 points and 15 rebounds for the Sixers, who put a halt to a two-game losing skid as they completed their road trip with four wins and two losses.

Philadelphia improved to 7-3 with all-star center Joel Embiid sitting out with a bruised left knee. Embiid suffered the injury while making a dunk on March 12.

"We did a good job of holding the fort down without the big fella," said forward Tobias Harris.

Rivers said earlier that Embiid is "close" to returning, but he declined to go into details.

Collin Sexton had 24 points and Dean Wade added 16 points and eight rebounds for the Cavaliers, who were going for a three-game, season sweep of the 76ers.

Cleveland's Kevin Love returned from an eight-game injury absence to score all 13 of his points in the first quarter.

Trae Young scored 15 of his 28 points in the two overtime periods as the Atlanta Hawks outlasted the San Antonio Spurs 134-129 in a double-overtime thriller and Jamal Murray scored 23 points and the Denver Nuggets led wire-to-wire to beat the Los Angeles Clippers 101-94.