No plans to change 'iconic' NBA logo despite growing calls 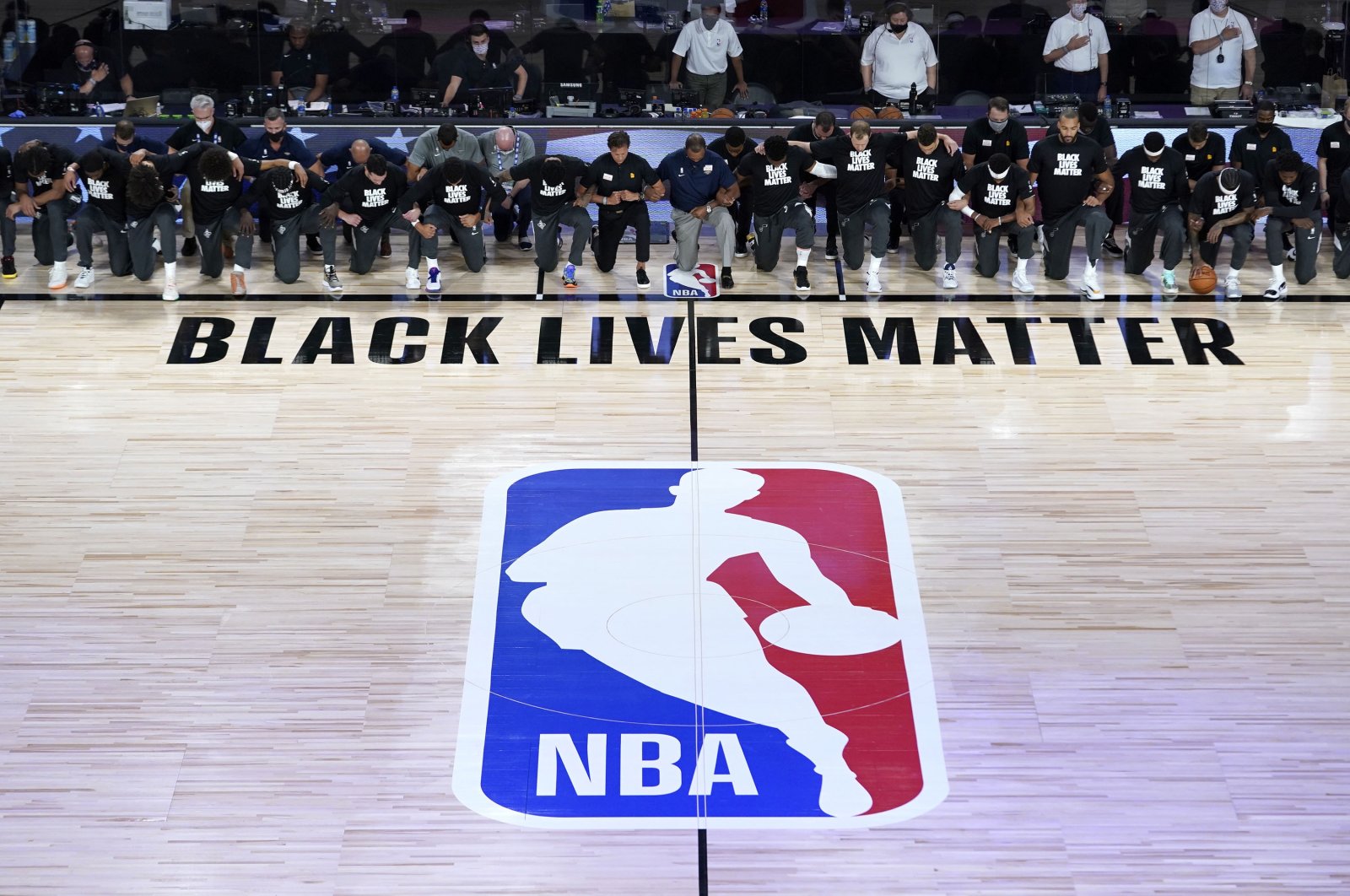 New Orleans Pelicans and Utah Jazz players kneel together around the Black Lives Matter and the NBA logos during the national anthem before the start of a game, Lake Buena Vista, U.S., July 30, 2020. (Reuters Photo)
by Agencies Mar 07, 2021 1:01 pm

The NBA has no plans to change its "iconic" logo, despite recent calls – including from Brooklyn Nets star Kyrie Irving – to make the late Kobe Bryant the image of the league, commissioner Adam Silver said Saturday.

"The logo is iconic," Silver said in a virtual press conference on the eve of the NBA All-Star Game in Atlanta, Georgia, adding that it "doesn't feel like it's the appropriate moment to change it," according to Agence France-Presse (AFP).

A change.org petition urging the league to "immortalize (Bryant) forever as the new NBA logo" has garnered more than 3 million signatures since Bryant died in a helicopter crash in January of 2020.

Irving has come out strongly in favor of the idea in recent weeks.

"He was the standard for our generation," Irving said. "We want to set a standard and precedent, like this is excellence, Kobe Bryant. Logo. Yes. Needs to happen. I don't care what anyone says. Black kings built the league. That's exactly where I stand."

The current NBA logo is widely accepted to be based on the silhouette of former Lakers star Jerry West, who has said before he would be happy to see it change.

But Silver said there had been no discussions on the topic in the league office.

Noting that the league had named the All-Star Game's Most Valuable Player award after Bryant, Silver said the league could eventually revisit the idea of updating the logo design.

"I appreciate the sentiments, but it feels like the logo is appropriate right now," he said.

Silver added that the league won't require players to get the COVID-19 vaccine.

He said no players have received the vaccine but believes that most will when their turn comes. The league has said in the past it won't cut the line.

Silver said despite the fact the coronavirus is "in charge," he does not see the league instituting a playoff bubble this summer.

"We're not considering going back to a bubble right now," Silver said. "I don't rule anything out. ...The virus is firmly in charge, so we need to adjust to circumstances as they present themselves."

Further, Silver said he expects the 2021-22 season to go back to normal.

"I'm fairly optimistic at this point that we will be able to start on time, and that roughly half of our teams have fans in their arenas right now," Silver said. "If vaccines continue on the pace they are, and they continue to be as effective as they have been against the virus and its variants, we're hopeful that we'll have relatively full arenas next season as well."