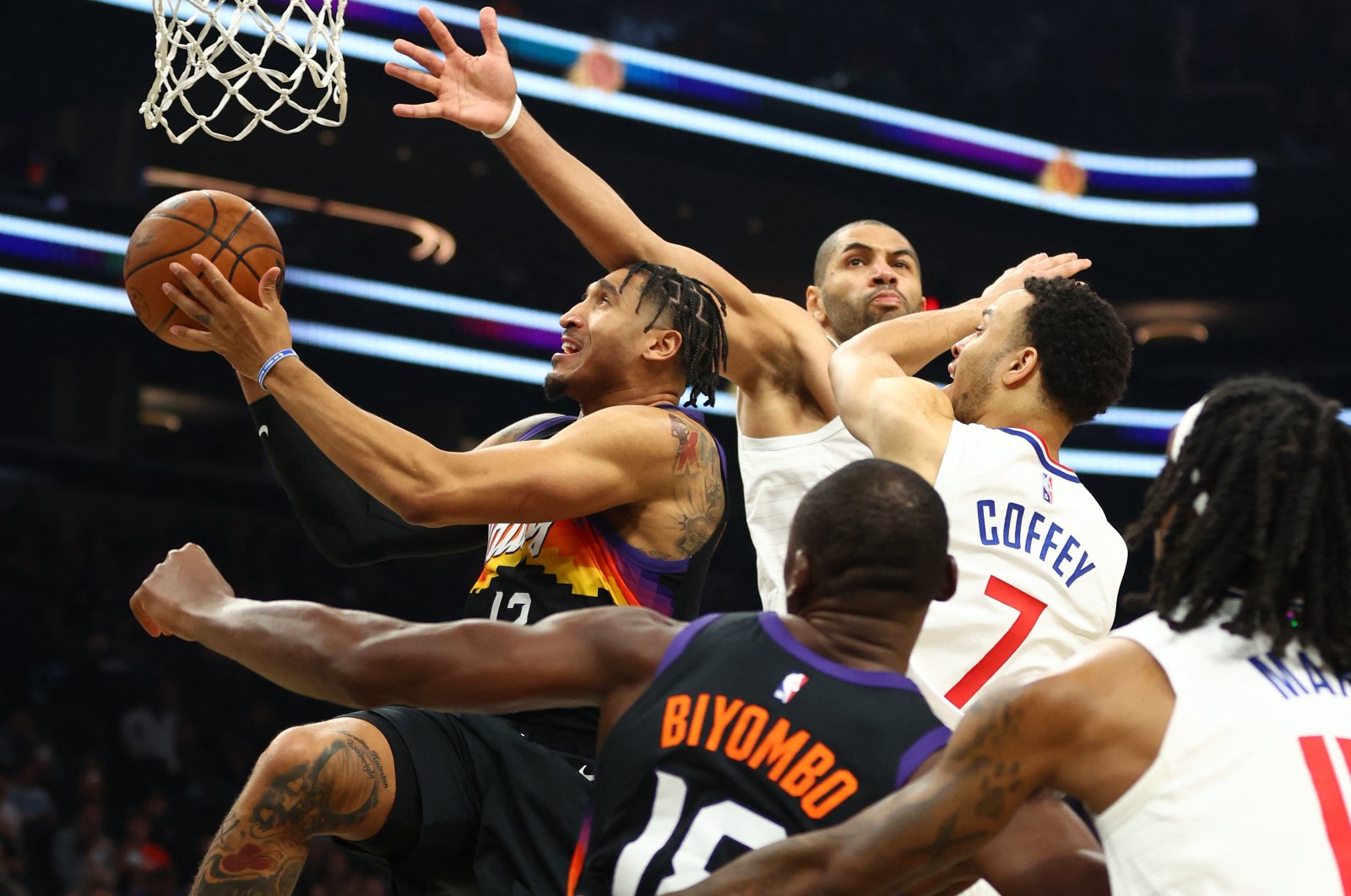 Phoenix Suns boosted their Western Conference lead after Chris Paul's first triple-double of the season led his side to a 106-89 NBA win over the Los Angeles Clippers Thursday.

With stars Stephen Curry and Draymond Green sidelined by injury, the Warriors fell 101-96 to the Pelicans in New Orleans, the defeat coming on the heels of Wednesday's setback in Dallas and marking the Warriors' first back-to-back losses since last season.

The Suns became the first team to win 30 games this season, improving to 30-8 and moving one game ahead of the Warriors for the best record in the league.

Paul led the way with his 17th career triple-double, grabbing a career-high 13 rebounds alongside 14 points and 10 assists.

Cameron Johnson added a career-high 24 points and Jalen Smith chipped in 19 points and 14 rebounds to boost a Suns lineup depleted by COVID-19 concerns.

Paul shrugged off the difficulties of powering through with center Deandre Ayton, Forward Jae Crowder and JaVale McGee all absent as they regain fitness after being sidelined by COVID-19 issues.

Phoenix led by as many as 17 points in the third quarter, but Los Angeles trimmed the deficit to 79-76 with 8:36 remaining.

"You've just got to stay the course," Paul said after the Suns bore down and pulled away again late to win their third in a row.

"That team right there, they beat a really good Brooklyn team the other night. They play hard, they're well-coached, they're going to keep playing all game long. You've just got to stay the course.

That's something the Warriors couldn't do without Curry and Green.

Brandon Ingram set aside his recent shooting woes to score 32 points for the Pelicans, who trailed by 11 in the first half but held on to end a three-game losing streak.

Curry sat out with a sore left quadriceps after banging into the knee of Dallas' Dorian Finney-Smith in Golden State's loss to the Mavericks on Wednesday.

Green was sidelined with a sore left hip and Juan Toscano-Anderson was also out with an ankle injury.

Even so, the Warriors led much of the first half, but with 13 points from Ingram in the second quarter the Pelicans took a one-point lead into halftime.

Up by 10 with 1:27 remaining, the Pelicans withstood a Warriors surge that pulled the visitors within 94-91 with less than a minute to play.

But the Pelicans made a string of free throws to close out the victory.

In New York, RJ Barrett banked in an unlikely off-balance 3-pointer at the buzzer to cap the Knicks' 108-105 comeback victory over the Boston Celtics.

Knicks guard Evan Fournier helped set up the dramatic ending, draining 10 3-pointers on the way to a career-high 41 points to fuel New York's fightback from a 25-point first-half deficit.

It was a major turnaround for France's Fournier, who went scoreless against the Toronto Raptors on Tuesday.

Fournier has struggled to find his feet in New York since moving from Boston this season, but he has three 30-point games against his former club.

"Maybe there's a little bit of extra motivation, but it's not something I do on purpose," he said. "I don't wake up thinking 'OK, it's the Celtics, I have to play better.'"

Boston's Jayson Tatum knotted the score with a step-back jump shot with 2.2 seconds remaining – Barrett getting there too late to contest the shot.

Barrett took the ensuing inbounds with 1.5 seconds left. He leaped sideways and was falling as he fired over Tatum, his shot sparking ecstatic celebrations among the Knicks when it fell.

Tatum led the Celtics with 36 points. Dennis Schroder added 20 and Jaylen Brown scored 16, but Boston couldn't hang on to a 20-point third-quarter lead.