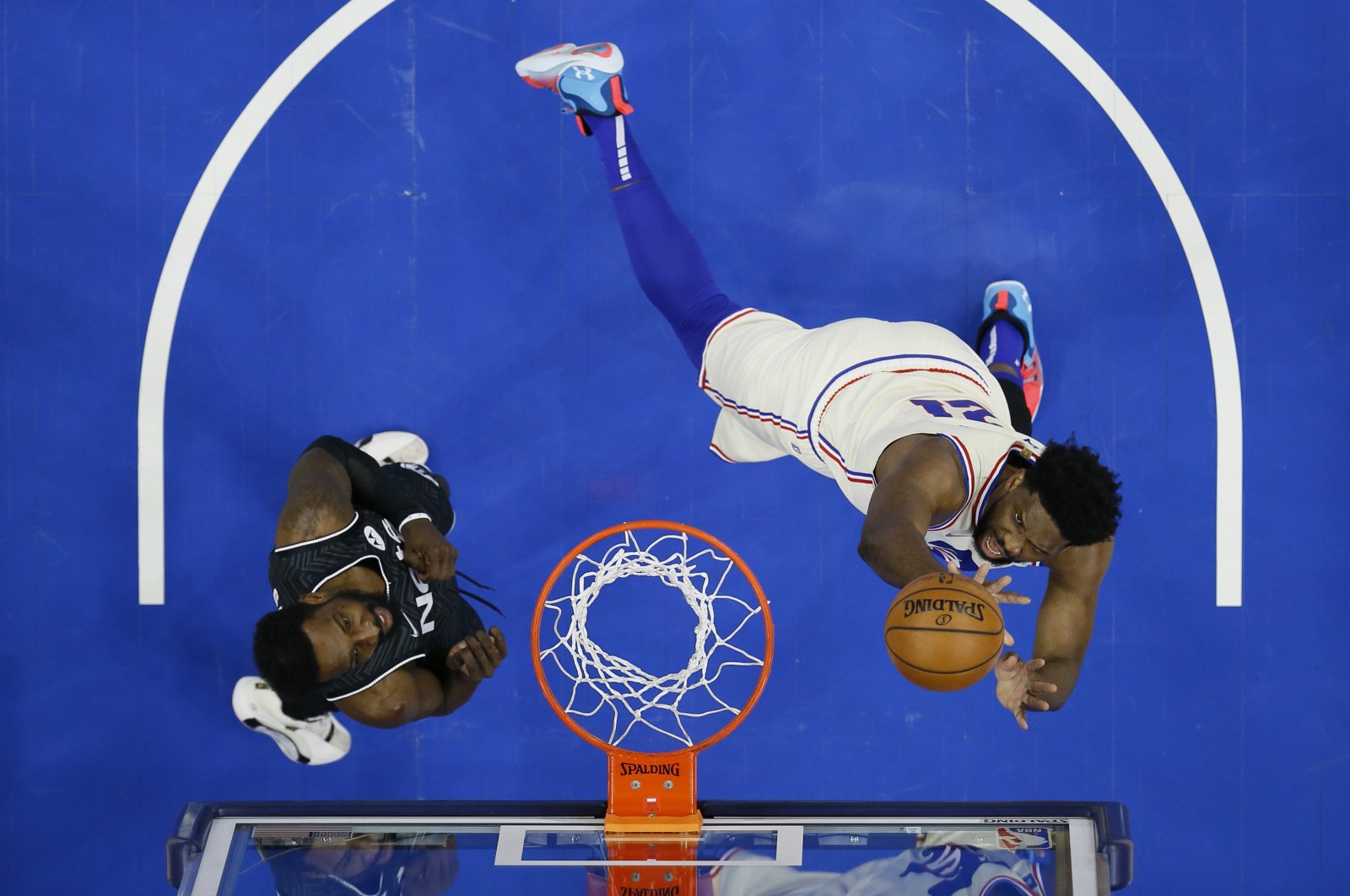 Joel Embiid tallied 39 points and 13 rebounds as hosts Philadelphia 76ers won the battle for the Eastern Conference top spot against a depleted Brooklyn Nets 123-117 on Wednesday.

Embiid shot 13 of 29 from the field and 10 of 11 from the free-throw line as the Sixers held off a late-fourth-quarter rally by the Nets.

Tobias Harris added 26 points and Ben Simmons contributed 17 points, nine assists and three steals for the Sixers, who moved into first place in the Eastern Conference with their third consecutive win. Shake Milton had 15 points.

Kyrie Irving led the Nets with 37 points and nine assists while Landry Shamet added 17 points and Jeff Green had 15. Bruce Brown scored 14, and DeAndre Jordan finished with 12 points and 14 rebounds.

When Embiid drove to the basket and threw down a two-handed dunk with 5 minutes 32 seconds left in the second quarter, the Sixers pulled ahead 52-41.

Irving threw an alley-oop pass to Jordan, who finished the dunk with 2:18 remaining to close the Nets within 58-52.

The Sixers then surged into halftime with a 65-58 lead thanks in large part to Embiid's 21 points.

Irving paced the Nets with 23 first-half points on eight-of-11 shooting.

Embiid continued his stellar play with a short jumper to give the Sixers a 77-63 advantage less than four minutes into the third.

The Nets responded with an 8-0 spurt to slice the deficit in half. They trailed 94-84 at the end of the third.

After Irving knocked down a jumper, Milton followed with a trey for a 16-point Philadelphia advantage.