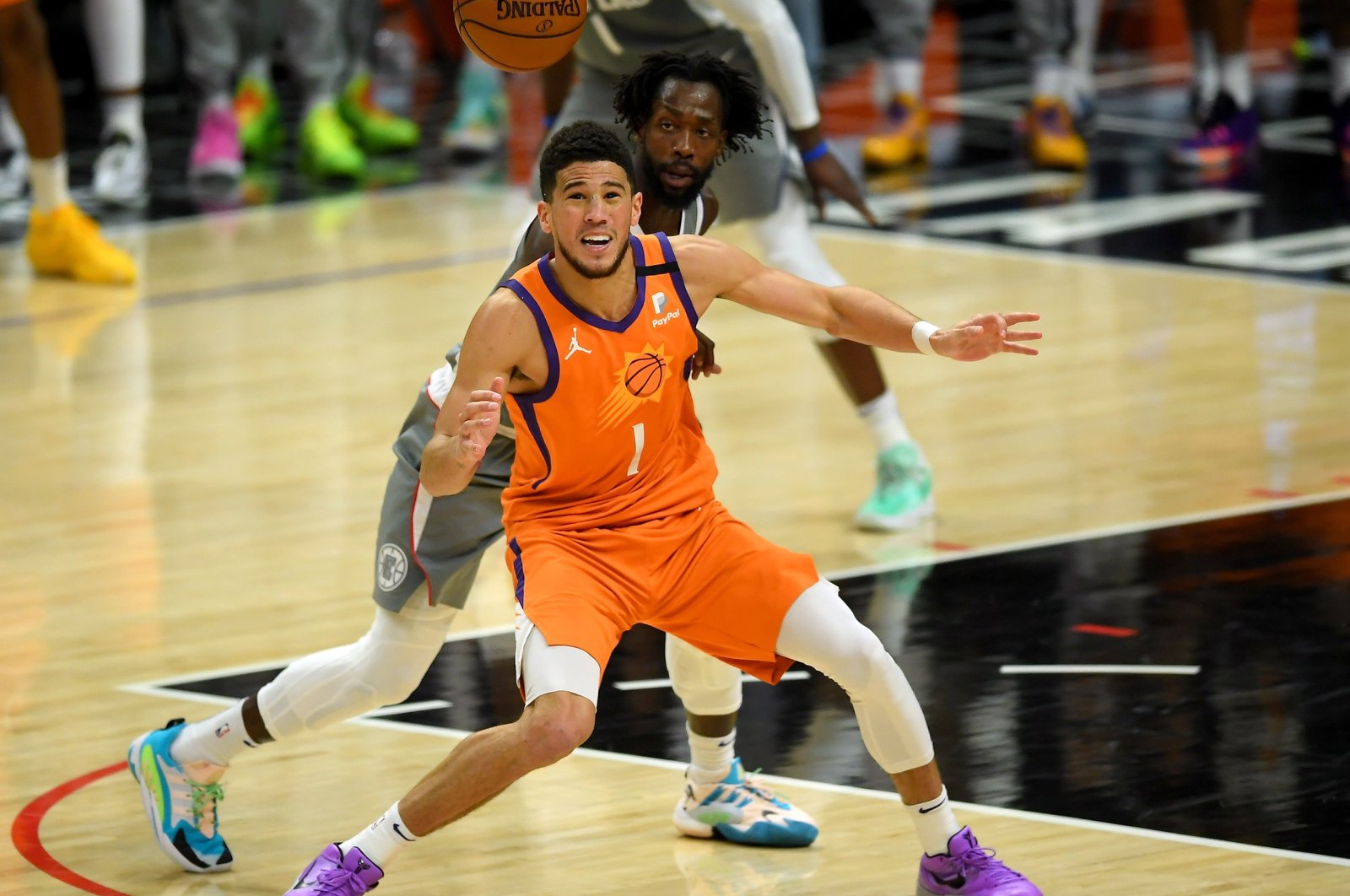 Phoenix Suns are one game away from their first NBA Finals appearance in 28 years after an 84-80 victory over hosts Los Angeles Clippers Saturday.

Suns' Devin Booker scored 25 points before fouling out and Deandre Ayton added 19 points with 22 rebounds in the win.

Chris Paul, in his second game back from COVID-19 protocol, had 18 points and seven assists as the Suns took a 3-1 lead in the Western Conference finals. Paul made five free throws in the final seven seconds to seal the victory.

The Suns now have three chances to earn their spot in the Finals, with their first opportunity coming in Game 5 on Monday at Phoenix.

Paul George had 23 points and 16 rebounds for the Clippers, but shot 5 of 20 from the field and 1 of 9 from 3-point range, while Reggie Jackson scored 20 points.

Los Angeles shot just 32.5% from the field as it played without Kawhi Leonard for the sixth consecutive playoff game because of a knee injury.

Trailing 50-36 at the half, the Clippers got back in the game by outscoring the Suns 30-19 in the third quarter.

Los Angeles then had multiple chances to take the lead in the fourth quarter, but both teams went through a nearly four-minute scoreless stretch to keep the Suns ahead at 71-70.

Neither team shot well from the field in the fourth quarter, with the Suns shooting 21.1% to 15.8% for the Clippers.

With the Clippers in need of somebody to lean on while playing without Leonard, George was just 1 of 7 from the field in the final period.

Terance Mann got the Clippers within 79-76 on a layup with 58.5 seconds to play, shortly after Booker fouled out after a charge on the offensive end. Two free throws from Paul with 7.0 seconds remaining gave the Suns an 81-78 lead.

After an exchange of free throws, George made one for the Clippers with 3.2 seconds left to get Los Angeles within 82-80. He missed the second intentionally, but the Suns got the rebound and Paul made two foul shots to put the game away.