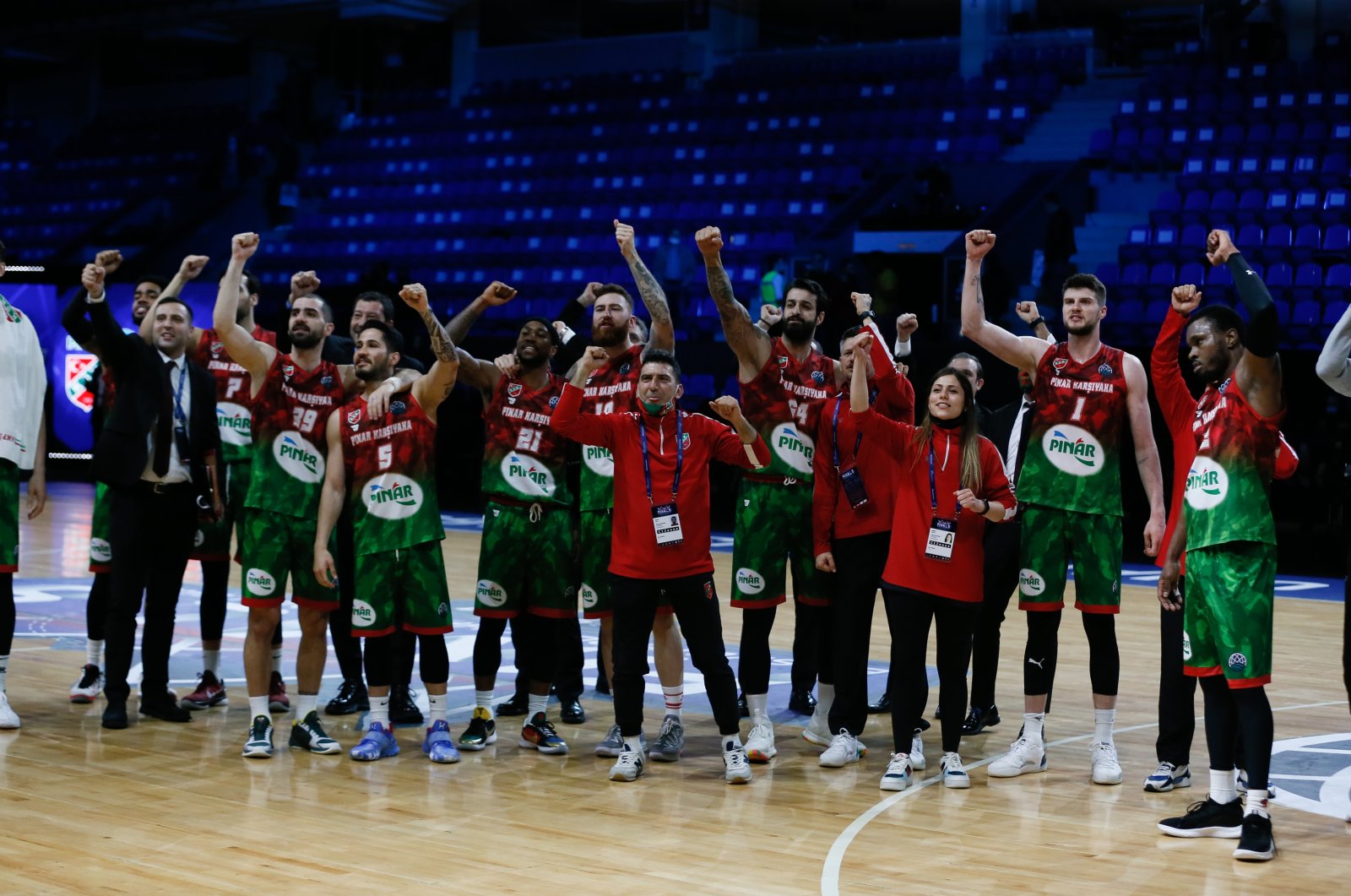 Turkish side Pınar Karşıyaka defeated Czech club ERA Nymburk 84-73 on Wednesday to advance to the semfinals in the FIBA Basketball Champions League (BCL), the third-tier competition of European basketball.

Pınar Karşıyaka, the domestic champion in 2014-2015 season, will take on Spain's Casademont Zaragoza in the semifinal on Friday.

The Aegean representative, a fixture in European competitions, previously advanced to the quarterfinals in the BCL in 2016-2017 and 2017-2018 seasons, but the victory over Nymburk marks its first semifinal in the BCL. If Pınar Karşıyaka wins, it will be the first Turkish team to win the BCL title.

The tie against Nymburk marked Pınar Karşıyaka's 100th match under the helm of coach Ufuk Sarıca, who ran the squad between 2012 and 2016, and returned to Izmir again in 2019. With Sarıca, Karşıyaka clinched 62 victories, 37 defeats and one draw in European competitions.

Under Sarıca, Pınar Karşıyaka competed in all continental organizations including playing in the final in 2012-2013 FIBA Eurochallenge Cup and participating first time in the EuroLeague in 2015-2016 season. Last year, Karşıyaka was a semifnalist and a favorite in the FIBA Europecup, which was scrapped over the COVID-19 pandemic.

Pınar Karşıyaka, with a game in hand over the postponed tie with Beşiktaş Icyprex, guaranteed finishing third in the Basketball Super League regular season and will compete in playoffs.