Playoff spot in sight as Efes faces Panathinaikos in EuroLeague 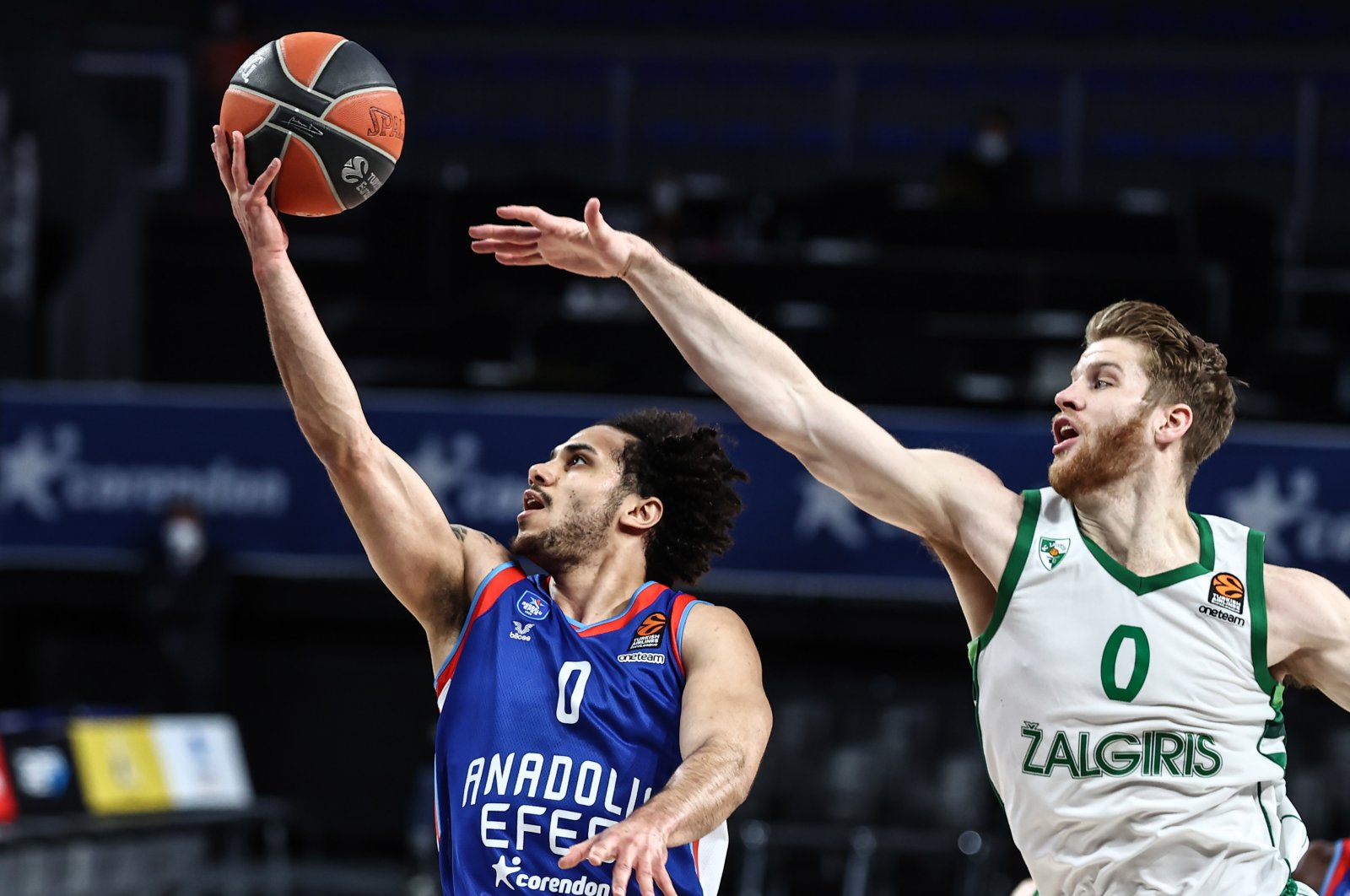 Efes, with a 19-11 record, could secure a playoff berth this week if it wins against the Greek side and both Valencia Basket and Baskonia Vitoria lose their respective games

Turkish basketball powerhouse Anadolu Efes will look to bounce back after having its eight-game winning streak broken last week when it hosts Panathinaikos in the THY EuroLeague round 31 on Thursday.

Efes, thanks to its superior 19-11 record, is on the brink of a playoff berth and it could come this week if the Istanbul side wins and both Valencia Basket and TD Systems Baskonia Vitoria Gasteiz lose their games, reports the EuroLeague’s official website.

Panathinaikos (10-18) has been formally eliminated from playoff contention, though at full strength, the Greens are a force to be reckoned with and the club pride will push the players to fight at all costs.

The last time these two sides met, Efes was on the receiving end for most of the first half before taking control in the third quarter and holding on for a 77-80 victory in Athens in Round 8 last November.

Vasilije Micic inspired the Efes comeback with 12 points in just six minutes after the break to give his team a lead, which rose to double-digits and was never overcome.

Micic finished with a career-high 33 points, including 17 in the third quarter. Shelvin Mack, in the meantime, led Panathinaikos with 18 points.

The match will see two of the EuroLeague's finest shot-blockers square off at the center. Efes' Bryant Dunston is the all-time leader in blocks, while Georgios Papagiannis leads that category this season with 1.8 blocks per game (bpg).

They protect the paint in different ways, with Dunston's quick leaping ability helping his teammates on defense from the weak side. Papagiannis, in comparison, uses his 2.2-meter (7 feet 2 inches) height to challenge, intimidate and change shots. Their duel in the paint will be a true marquee matchup.

Efes' offensive weapons are such that it leads the league in performance index rating (97.0) and is second in scoring with 82.6 points per game (ppg) while committing the second-fewest turnovers (11.3).

Panathinaikos, on the other hand, has allowed the third-most points in the league at 81.5 ppg. As long as Efes can push the pace and share the ball among the likes of Shane Larkin, Micic, Rodrigue Beaubois and Kruno Simon without turning it over often, the numbers paint a good picture for the hosts.

The Greek side, however, is second in the league in rebounds, with 34.8 per game, and offensive rebounds with 11.6 per game. It must maximize those strengths against an Efes side that is outrebounded by 1.7 per game on average.

Efes also leads the league in assist to turnover ratio at 1.62, which is something the Greens must move in their favor to improve their chances.

In the other key matchups in Round 31, Turkish giant Fenerbahçe will hit the road to face Olympiacos and league-leader Barcelona will take on Alba Berlin on Friday.